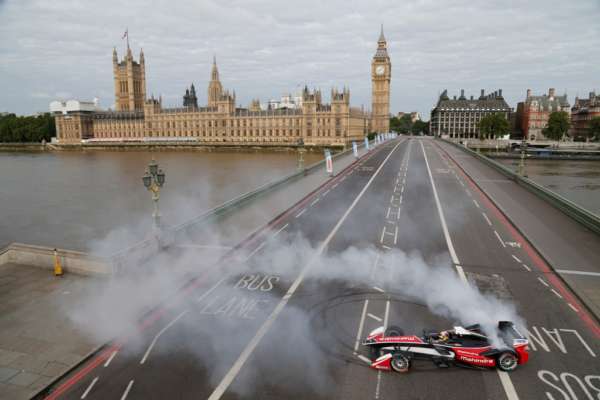 Karun Chandhok, who will be driving the Mahindra racing car in the 2014/15 FIA Formula-e championships, was performing doughnuts in front of the ‘Big Ben’ on the Westminster bridge. Karun was shredding rubber at the official Formula-e launch in London. He will be joined at Mahindra Racing by Bruno Senna, nephew of the great Ayrton Senna. The racing series for electric cars will feature two women drivers, Michela Cerruti driving for TrulliGP and Katherine Legg racing for Amlin Aguri. 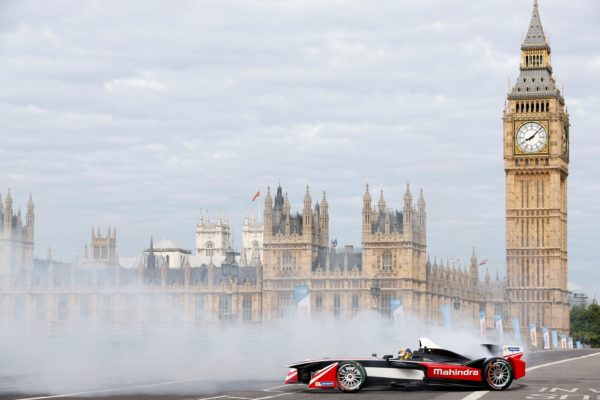 The Formula-e season will kick off on September 13, 2014 at Beijing in China and conclude in London on June 27, 2015 after ten races. In the first season, 10 teams will contest the series. All teams have been supplied with an electric racing car built by Spark Racing Technology. The car is an open wheeled, open cockpit, single-seater racer. Chassis has been designed by Dallara, while the electric motor is supplied by McLaren and is the same they use in their ‘P1’. Michelin supplies tyres, Williams supplies batteries, on-board cameras are from Vislink, brakes are from Alcon, wheels are from OZ Racing and the five-speed transmission is from Hewland. Renault is providing overall technical integration advice. All teams are required to use McLaren motors and Michelin tyres. As Formula 1 has reduced the noise it made, will be interesting to watch these noiseless cars go around a racing track.