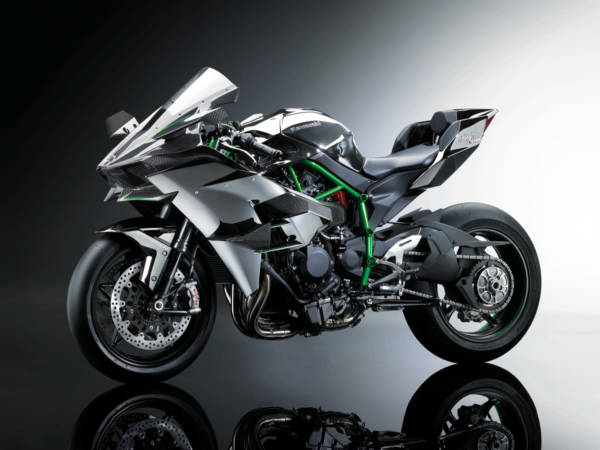 Kawasaki has finally taken the off curtains from its latest track focused Ninja, the H2 R. After teasing the motorcycle through various videos, the Japanese motorcycle major showcased the Ninja H2R at the Intermot Show in Germany. Kawasaki has also uploaded a video along with detailed images on its official website.

The video confirms that this 2015 model will be powered by a 998cc supercharged liquid-cooled inline four engine. Although the company has remained mum on the numbers, it did confirm that the H2 R would produce nearly 300 PS (295BHP) of power. The new Ninja H2 R gets loads of carbon fibre body parts along with a single sided swingarm which should help in weight reduction. With the huge power mill and a light weight body, the Ninja H2 R is likely to boast of an earth shattering power-to-weight ratio. 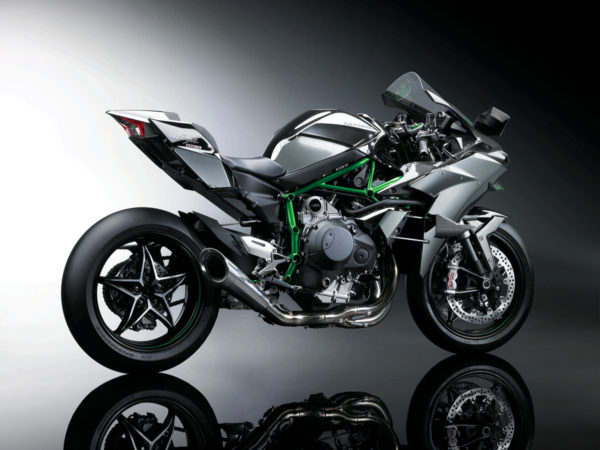 The company, on its official website, said, “The Kawasaki Ninja H2 R motorcycle is an engineering marvel, made possible only through the sourcing of technological expertise from multiple divisions of Kawasaki Heavy Industries, Ltd. The Gas Turbine division was crucial in the development of a hyper-efficient supercharger – the only one of its kind; custom components we recreated to near-impossible tolerances by the Machinery division; and the Aerospace division crafted the distinctive carbon-fiber bodywork of this aerodynamic masterpiece. The result is a system of carefully crafted premium components that work in concert to create an unbelievably powerful machine – one that’s more than worthy of the legendary H2 name.”

What do you think of the humongous power figure that the Ninja H2 R churns out? Share your thoughts and opinions through comments below.

Stay tuned to Motoroids for more updates on the Kawasaki Ninja H2 and all the happenings from the world of automobiles.