The Tokyo Motor Show is an ongoing fleek right now and at the centre of the hot topic is the newly launched Kawasaki Z H2 Streetfighter. Previously Kawasaki had teased the launch of the new Z H2 on their social media handles and YouTube. However, once revealed, the bike turns out to be even better than what we hoped for. This top-level Z with its ultimate hyper naked machine encourages the mass to anticipate the future of modern technology and machinery.

Mechanically, this naked streetfighter is fitted with the same 998cc supercharged, four-cylinder engine like that of the Ninja H2. Which means it gives out over 200 PS of maximum power and delivers 137 Nm of peak torque. Interestingly, the Z H2 is just a kilogram heavier than the Ninja H2, with a Kerb weight of 239 kgs. If you consider wind and other conditions, the bike can reach a top speed of almost 300kmph when you twist the throttle. The Z H2 also features an updated version of the Trellis type chassis with new Brembo M4 callipers that are attached to the Showa BPF front forks. Diving inside the  Z H2, you will find a clutch plus dog-ring box technology, which helps the bike support an oil-cooled mechanism with Kawasaki’s reliability and rideability beliefs. 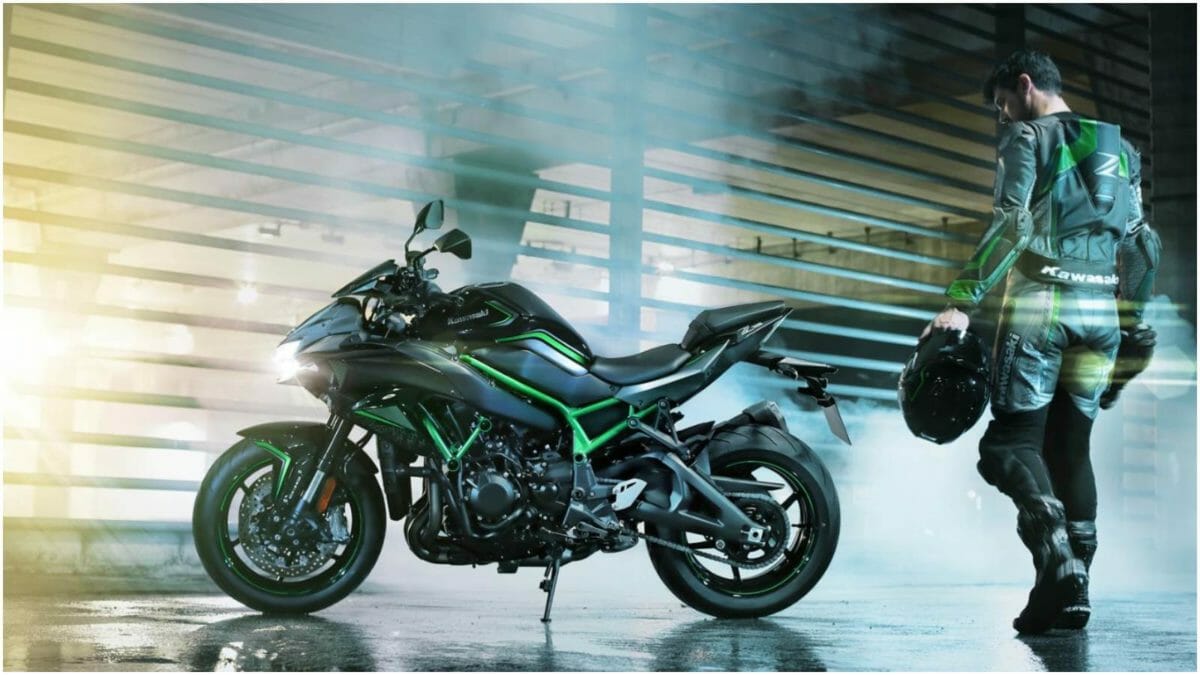 Talking about the exterior, the Kawasaki Z H2 gets the typical Z styling and dramatic colour-coded chassis. Apart from that, the Kawasaki Z H2 also features a twin LED headlamp that goes well along with the reverse embossed “supercharged” branding on the impeller unit. With its ride centric features and adjustable ride fit cruise controls on the left bar cluster, the TFT display is quite recognizable. On the smarter end, Kawasaki’s Rideology Smartphone App allows the rider to have a connection with the status of the machine using Bluetooth and smartphone connectivity. Features such as traction control, intelligent anti-lock braking, cornering management function, selectable rider and power modes, anti-wheelie control allied to practical information such as fuel economy, journey facts and lean angle meter recorder can all be managed through the Bosch IMU’s Kawasaki Rideology App on your smartphone.