Jaguar has revealed its I-Pace concept at the 2016 LA Show. The new concept vehicle previews Jaguar’s first-ever electric vehicle. The production version will of the I-Pace will be revealed in late 2017 and will hit the road in 2018.

The I-PACE Concept is essentially an electric performance SUV with a bold, cab-forward design that “combines a supercar silhouette with sports car performance and five-seater SUV versatility” according to Jaguar’s official release. 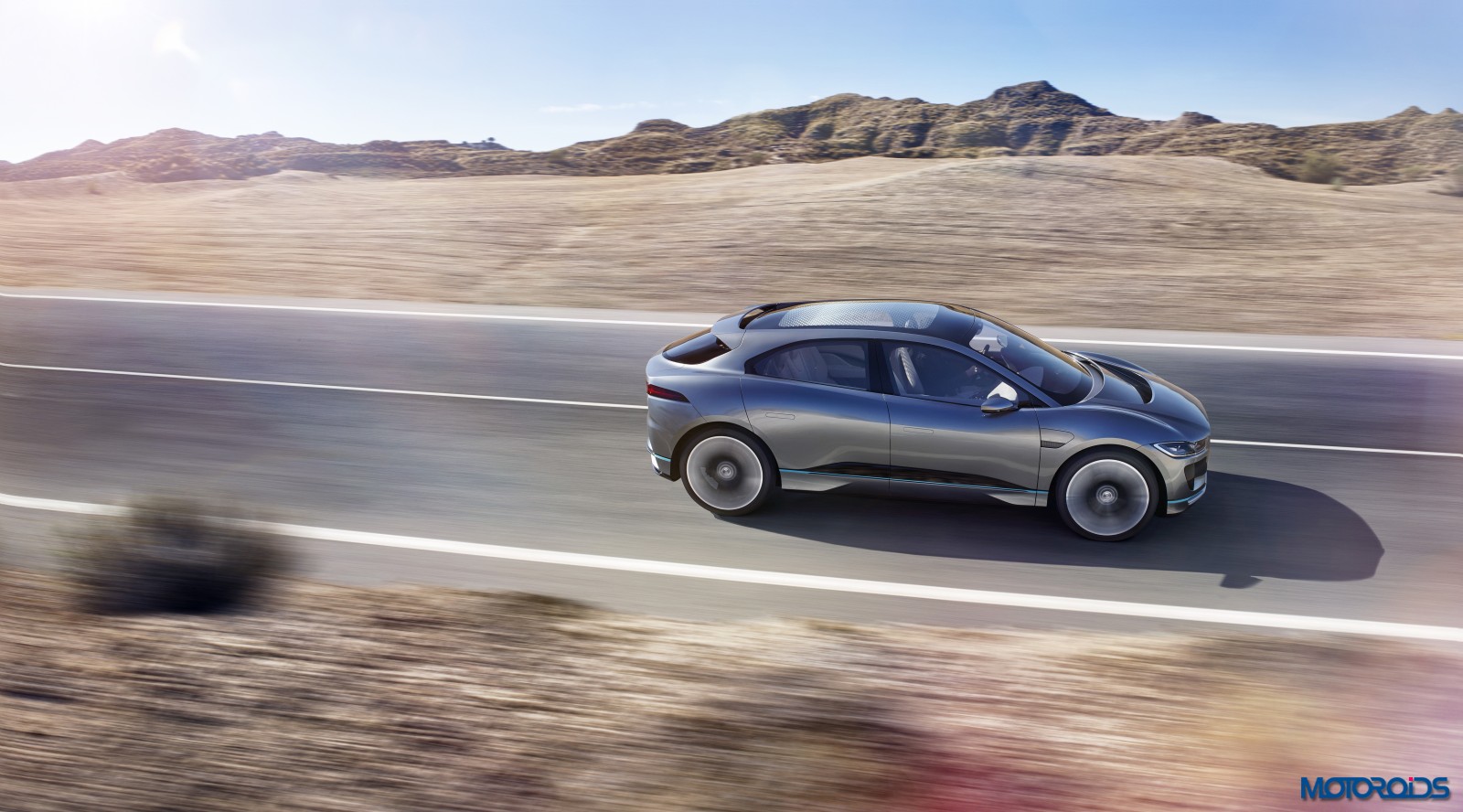 The I-Pace claims a range of more than 500km on the NEDC cycle, suggesting that drivers with the average daily commute will only need to recharge the vehicle once a week. The special quick charging unit can charge the I-Pace to its full capacity within a short period of two hours. Charging from your home socket isn’t so fast though, with an overnight charge prepping the car only for a short 50km commute.

The I-Pace gets Electric motors at the front and rear axles which generate a combined output of 400PS and 700Nm of instant torque. Those numbers result in sports-car like acceleration along with all-weather, all-surface benefits of an all-wheel drive system. The centre of gravity on the new car has been kept low and combined with the modern double wishbone front and Integral Link rear is claimed to endow the new Jaguar with exceptional ride and handling traits. 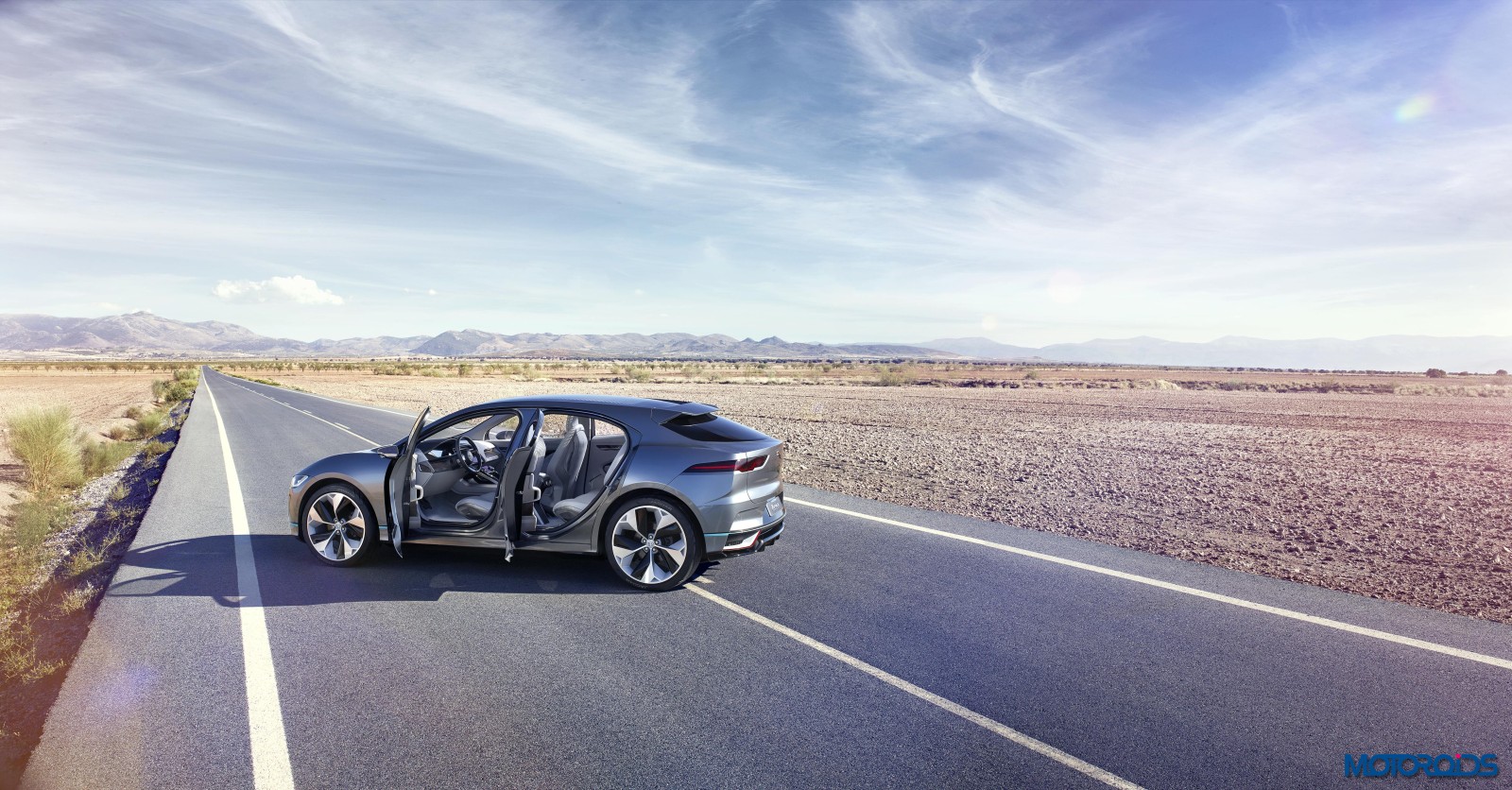 I-Pace employs an all new electric vehicle architecture which enabled Jaguar’s designers and engineers to innovate in terms of space utilization and usability. The I-Pace, as claimed by Jaguar, Occupies less road space than conventional mid-size SUVs, yet offers more room for passengers and luggage than models in the segment above. The aerodynamics of the I-Pace have been optimised for a low drag coefficient of just 0.29.

Inside the cabin, the I-Pace gets cutting-edge technology and premium materials, showcasing Jaguar’s vision for electric luxury while also exhibiting beautiful detailing and British craftsmanship. 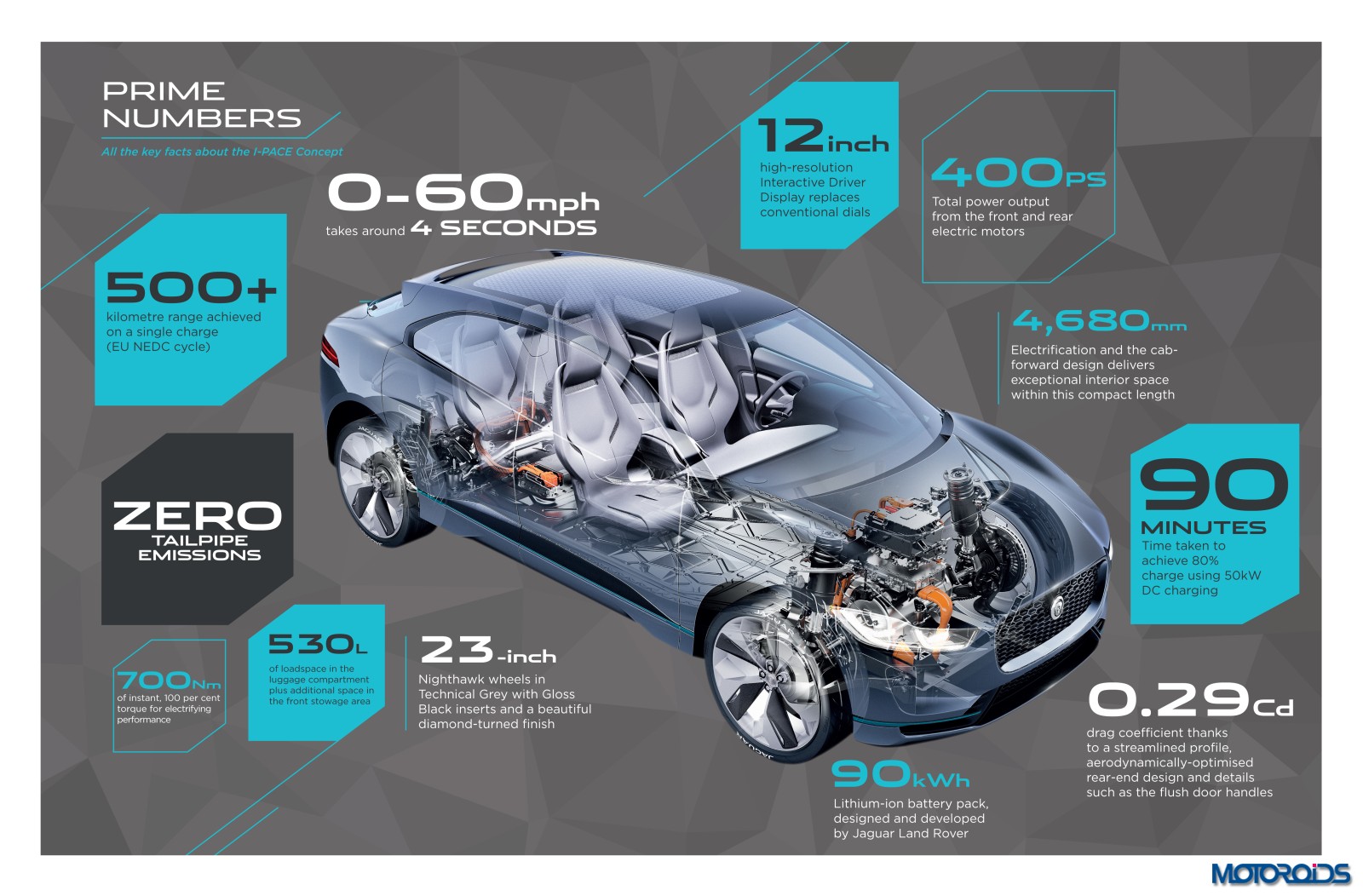 “The I-PACE Concept is a radical departure for electric vehicles. It represents the next generation of battery electric vehicle design. It’s a dramatic, future-facing design – the product of authentic Jaguar DNA matched with beautiful, premium details and British craftsmanship. This isn’t just a concept. It is a preview of a five-seat production car that will be on the road in 2018. This will be Jaguar’s first-ever battery-powered electric vehicle and opens a new chapter in the history of our legendary brand” said Ian Callum, Director of Design, Jaguar

Check out an image gallery of the new I-Pace below. Click on the thumbnails to expand and browse