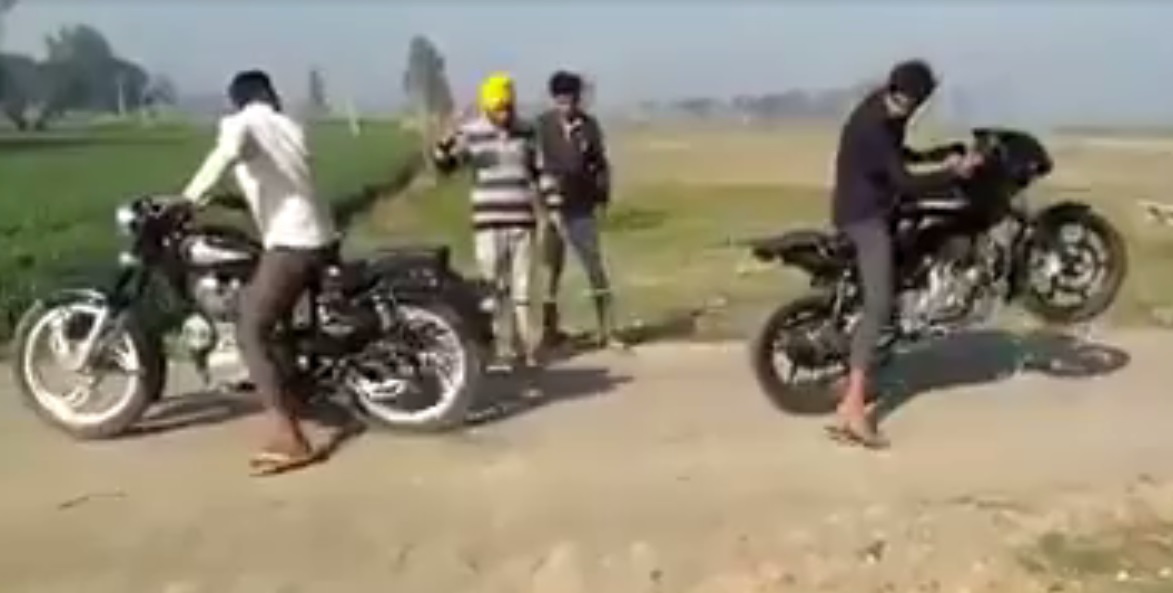 We chanced across this ‘desi’ tug of war video between a Royal Enfield Bullet and a Bajaj Pulsar, and it ended as expected. While the person who uploaded this video simply writes the Bajaj Pulsar off as a ‘plastic toy’, there’s more to it than what meets the eye.

The Pulsar, by the looks of it, is either a 150 or a 180 variant (judging the exhaust canister), meaning that its peak torque of either 12.5 Nm (150) or 14.22 Nm (180) is no match for the 28 Nm of pulling force that the Royal Enfield 350 musters. Moreover, the Royal Enfield is significantly heavier than the Bajaj, leaving it with no chance whatsoever.

It isn’t a fair fight, and the Royal Enfield would have been struggling if it had met its real match, something on the likes of the Mahindra Mojo. Nonetheless it makes for a fun watch: