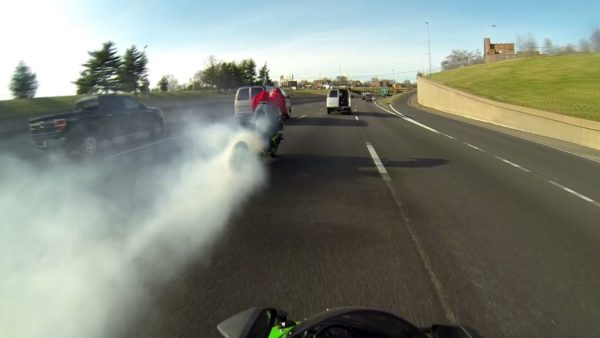 Note: Motoroids does not endorse/support stunting on public roads. Kindly use some common sense and respect other motorists.

We know biking is fun and can be thrilling, especially when you are at the helms of a superbike. So we understand when some superbike riders want to perform a few stunts, even if it is as monotonous as a burnout. Monotonous because mostly everyone who owns one of these mean machines does something similar. However, this guy decided to perform this act on a stretch of public road and some of his mates figured it would be cool to record some footage of the action. The ‘hero’ in this video goes by the name Sitdown Steve and ironically, he wasn’t sitting on his bike’s seat throughout the stunt. Steve randomly cuts through multiple busy lanes of traffic and deposit quite a lot of burnt rubber on the road in the process. 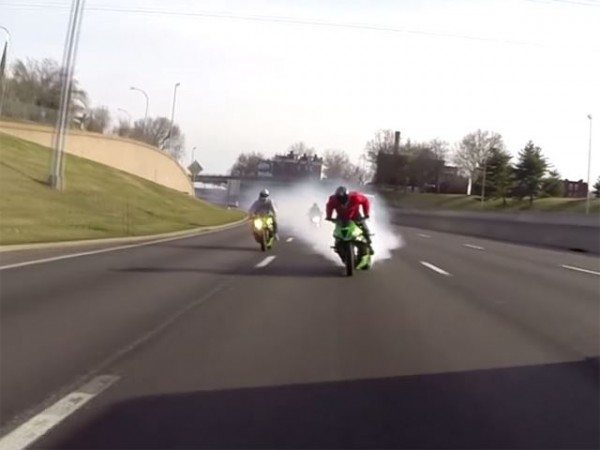 Though this looks cool, notice the blinding amount of smoke behind him.

These geniuses are called Streetfighterz, but they seem to have utter disregard for other non-streetfighting road users. The guy on the green bike is seen performing a rolling burnout, one that lasts for an eternity. Fortunately for him and his other street fighting boys, none of them were rear-ended by any other vehicle. We reckon that for some time at least, many drivers behind this dude, couldn’t see much through their windshield. Thankfully for him, this reckless piece of riding didn’t end up in anything terrible. Hmmm…. Nice! Anyway, watch the below video and please try your best to not re-enact such stupidity.