Home Interesting / Off-beat VIDEO: Bikers save a dog’s life in Brazil, would you do the same? 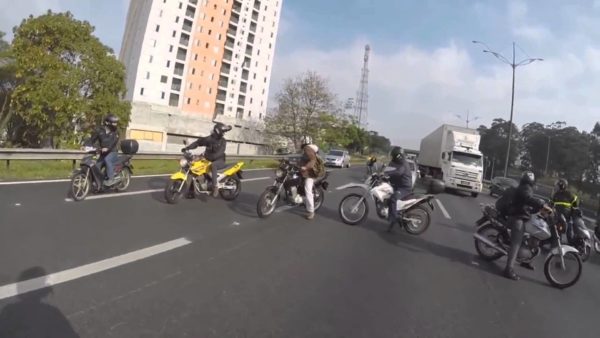 Dogs are often considered to be man’s best friend and stories of mutts putting their life at stake for a human, isn’t unheard of. In this scenario, however, it looks like this dog has some kind-hearted bikers to thank for saving its life. The incident happened in Brazil, when a biker noticed a pet dog that had leaped out of its ‘best friend’s’ car and onto a busy highway. The bikers quickly formed a protective barrier against oncoming traffic and finally got hold of the frightened pet. The highway where the bikers stopped traffic, had a 90 km/h speed limit and a scared mutt running around could have lead to an untoward incident. However, as kind as this gesture was, it could have ended on a different tone. 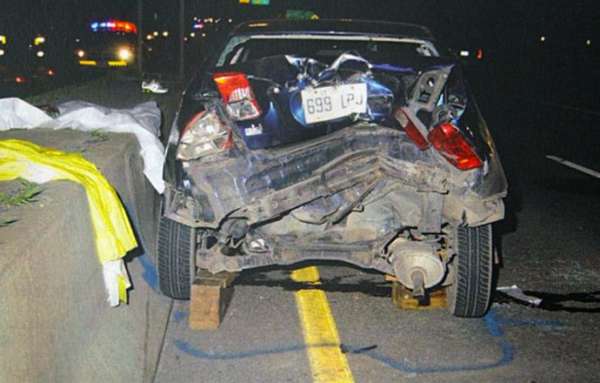 The bike hit this Honda and killed the rider and his pillion-riding 16 year-old daughter.

In 2010, a 25 year-old Canadian woman was blamed for the deaths of a man and his daughter. The woman was driving along on the fast lane of the highway in her Honda Civic and saw some ducklings crossing. Instinctively, she slammed on the brakes to prevent killing the baby ducks. Unfortunately, her kind gesture went catastrophically bad and resulted in the deaths of two people. The father and daughter duo were on a motorbike, riding behind the woman and her Civic. When she jumped on the brakes to save the birds, the biker was caught unaware and couldn’t shed enough momentum in the short span of time. His bike slammed right on the back of the car at over 100 km/h and the accident cost the rider and his pillion, their life. 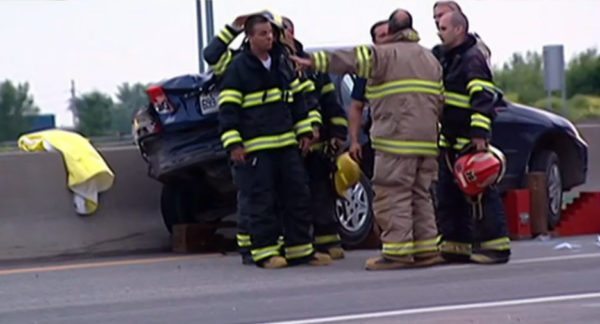 The woman’s licence was suspended for 10 years after a jury found her guilty.

Yes, the Brazilian bikers did a commendable job by rescuing the dog, but was it dangerous and did endanger other motorists’ lives? What do you think? Also, what would be your reaction if some animal crossed your path whilst driving or riding? Let us know in the comments section, below.