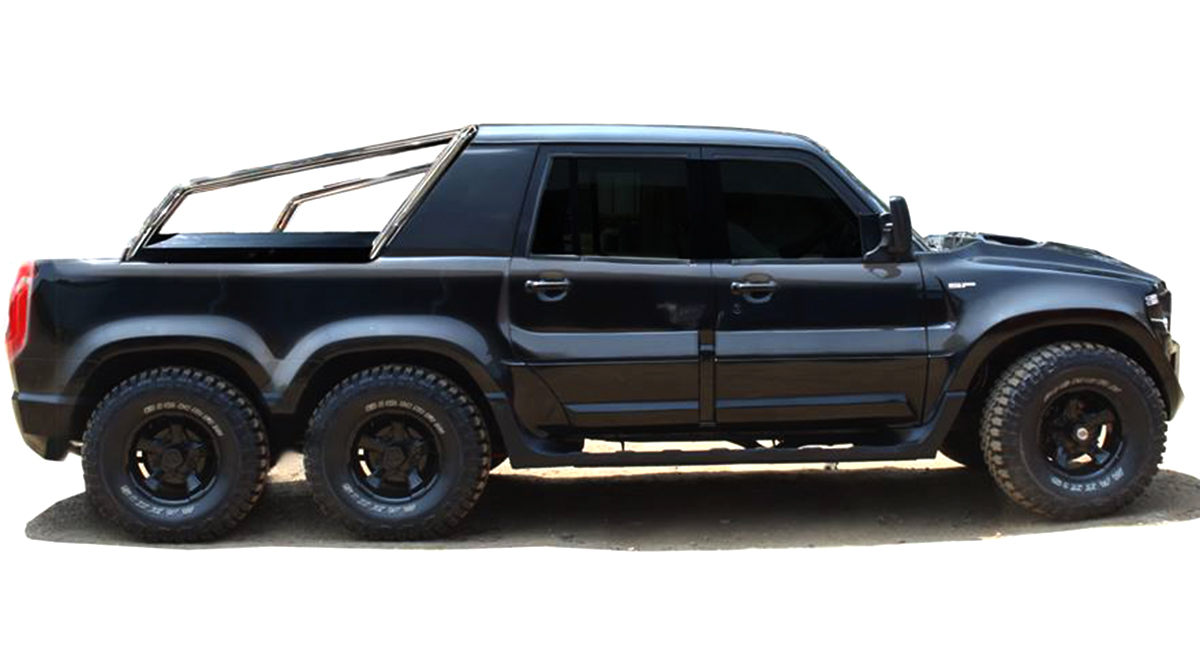 Ever since the mighty Mercedes-AMG 6×6 showed up, it was the cause of inspiration for many a build. In the UV world, suddenly having six wheels was cool. Automotive customisation shops across the world started to rip apart Jeeps, Ford Raptors, and even Hummers, shoe-horn an extra axle and then sew up the extended bodywork. In no time, the trend caught up with Indians, starting with the famous 6×6 pickup that Punjab based SD Offroaders Nakodar built from a Mahindra Thar.

Also read – Would you do this to your Mahindra Scorpio?

Now, Nala Sopara (outskirts of Mumbai) based automotive customisation house SPdesign has hinted at Mahindra Scorpio Getaway based 6×6 vehicle courtesy this computer generated rendering. Based on an existing SPdesign custom vehicle, the Scorpio Getaway 6×6 render adds an extra axle at the back, chromed rails for the deck, along with a wide-body kit and off-road tires. While this is nothing but a figment of imagination, it’ll look pretty bad-ass if it materialises. 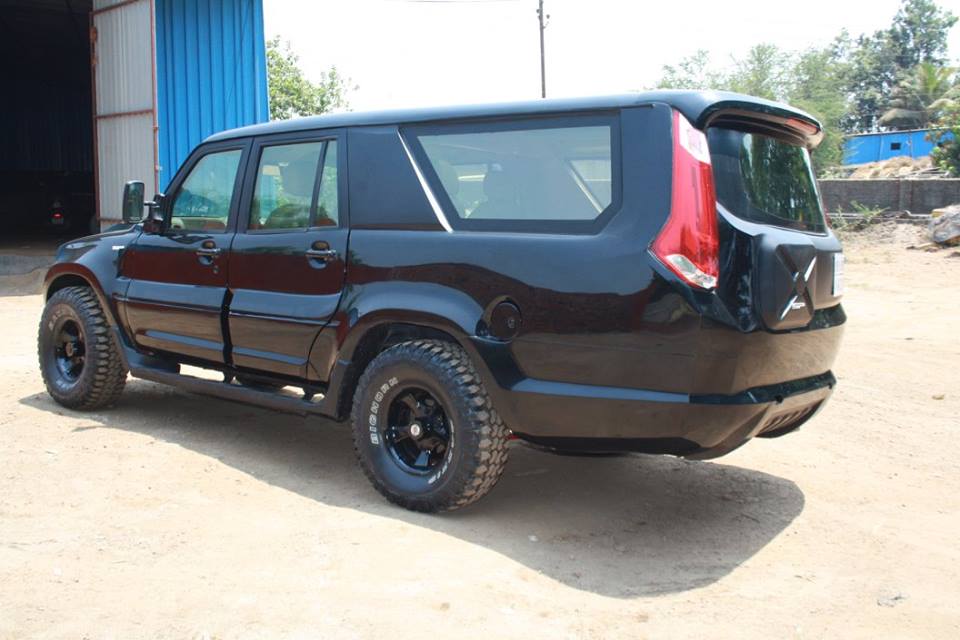 Available in both the 2WD and 4WD (and now 6WD!), the Getaway is powered by a 2.6-litre, turbocharged CRDe diesel engine which produces 115 HP @ 3800 rpm and 28.3 Kgm of peak torque available between 1700-2200 rpm. Although we reckon that it won’t be enough for this mythical, six-wheeled Getaway.