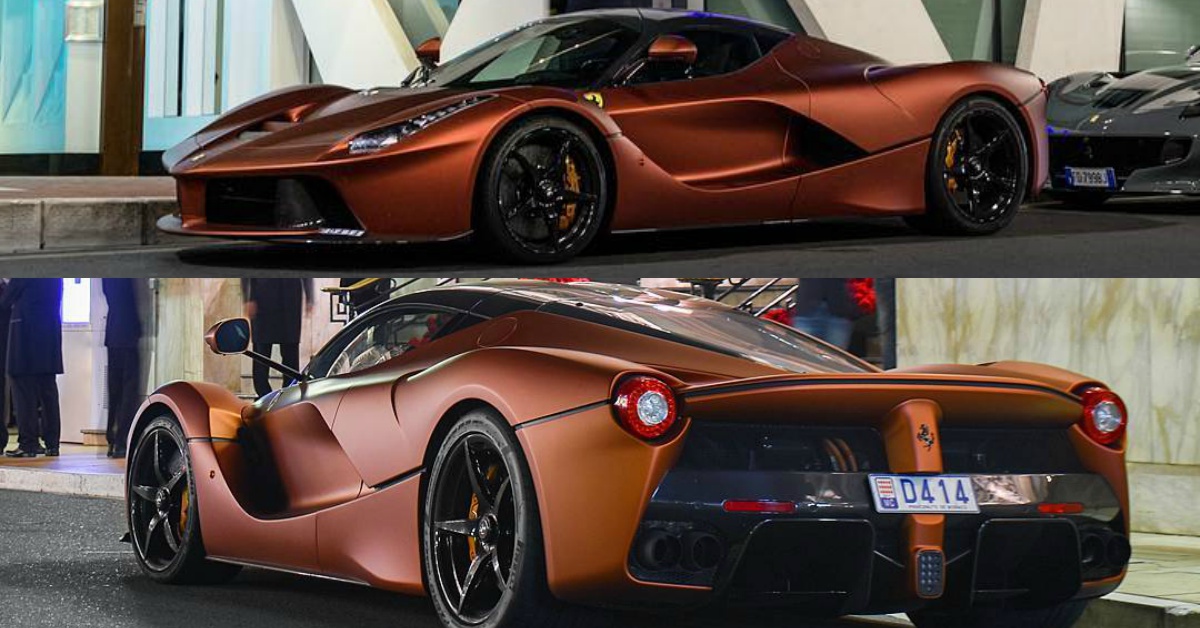 We all know that spotting a LaFerrari is a rare phenomenon considering the fact that its production run was limited to just 500 units. What cameras in Monaco have managed to capture though, is a rather unique LaFerrari.

No, it’s not the LaFerrari Spider (christened as the LaFerrari Aperta) but a one-off Ferrari with a unique paintjob. This unique LaFerrari is finished in a shade of Bronzo Opaco. It is said that this paintjob was specially developed for this unit from the Italian marquee’s tailor made department. The model also receives bronze brake calipers to match with the paintjob. The bronze calipers are further complemented by gloss black wheels.

Initially, this particular unit of the LaFerrari was a rare sight but a recent video shared on a social media platform reveals the model from up-close. The owner later brings the V12 motor to life before driving away.

Propelling this LaFerrari is the same 6.2-litre V12 engine that produces 800 PS and an additional 163 PS with the help of an electric motor. The combined torque figure stands at 900 Nm. Speeds of 0-100 kmph can be attained in less than three seconds, all the way up to a top speed of 300 kmph, which takes about 15 seconds.