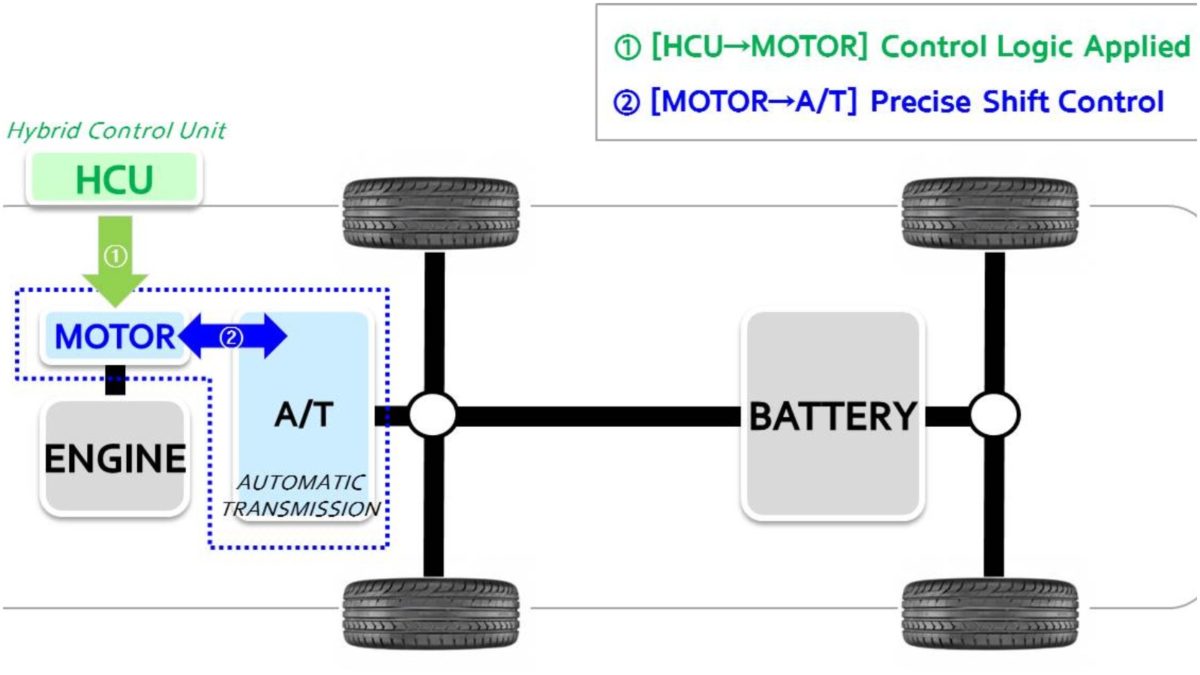 ASC technology allows the hybrid’s electric motor to take control of gear shifts by applying a new software logic to the Hybrid Control Unit (HCU) to mitigate issues with slower shift time. The HCU monitors the rotational speed of transmission with a sensor installed inside the electric motor at 500 times per second to quickly synchronize the rotational speed with that of the engine. With this successful synchronization, shift time is reduced by about 30% from 500ms to 350ms. This not only improves hybrid vehicle’s acceleration performance and fuel economy but also the durability of the transmission by minimizing friction during a gear shift. 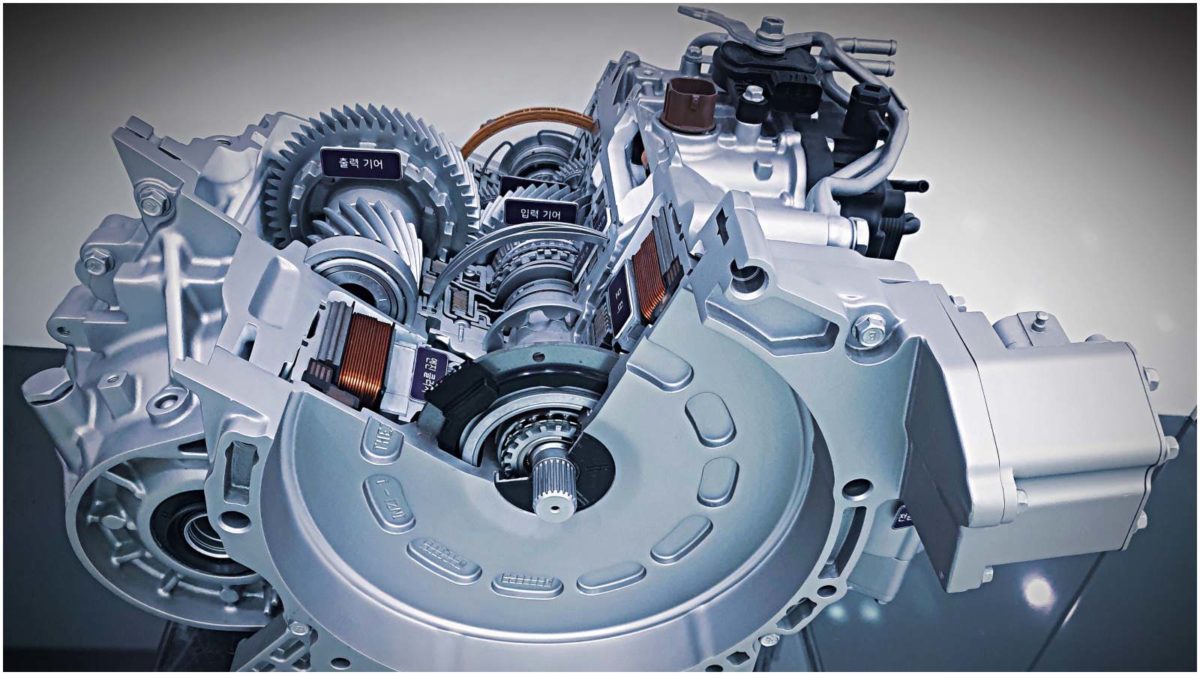 Basically, the ASC technology applies a new control logic software to the Hybrid Control Unit (HCU), which then controls the electric motor to align the rotational speeds of the engine and transmission to reduce gear shift time by about 30%. This technology also delivers smoother gear changes despite quicker shift times. Conventional hybrid vehicles do not have torque converters in order to further improve fuel economy as torque converters lose energy during the process of transmission. Despite being fuel-efficient, such a system also requires longer shift times to ensure smoother gear changes and reduce the friction created during gear shifts.

“The development of world’s first ASC technology is a remarkable innovation which incorporates precise motor control to automatic transmission,” said KyoungJoon Chang, Vice President and Head of Powertrain Control System Group of Hyundai Motor Group, “It will not only save fuel but also provide a more fun driving experience for our customers.”