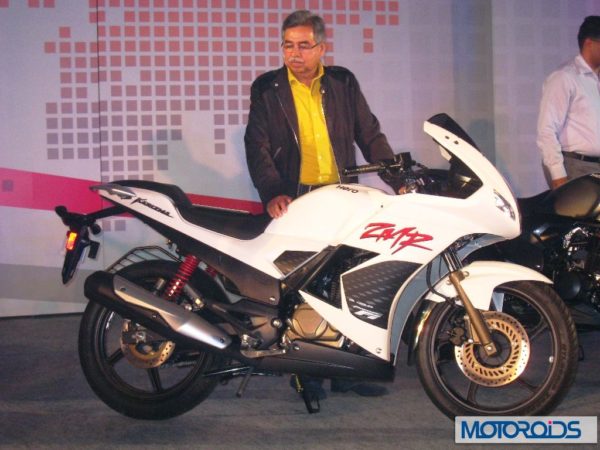 World’s largest two-wheeler manufacturer, Hero MotoCorp, felicitated the Indian National Hockey team for winning the Gold at the 17th Asian Games 2014 at Incheon. As a gesture of appreciation for winning the Gold and thereby qualifying for the Rio Olympics 2016, Hero MotoCorp also rewarded each member of the team with Rs 200,000/- and a 225cc Hero ZMR motorcycle. The company also rewarded each support staff of the team with Rs 100,000/-.

Pawan Munjal, Vice Chairman, Chief Executive Officer & Managing Director, Hero MotoCorp said, “This victory by the hockey team at the Asiad Games will go a long way in our collective efforts to revive our national game. What makes this victory even more special is the fact that the title has returned to India after a long wait of 16 years. Representing India in the global arena is a special honour and millions of Indians look up to these champions. At Hero, we have a long history of association with different sports and Hockey has been one of the priority areas. We will continue to cheer for our team and support the game in various formats through our association with Hockey India and FIH.” 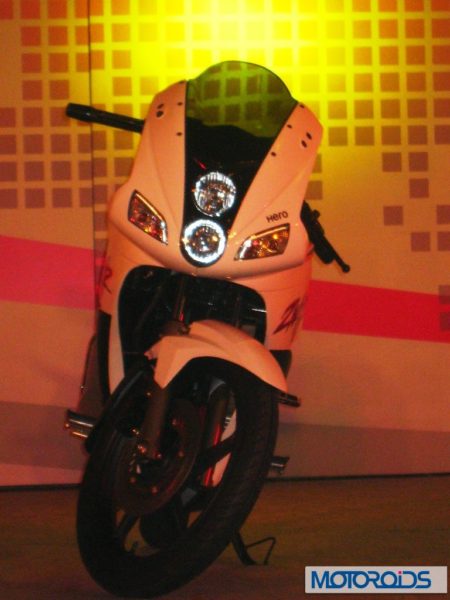 Dr. Narinder Batra, President Hockey India, who was also present at the event, said, “It’s a matter of great pride to be here as we celebrate our Hockey heroes. I am sure this would encourage our sportsmen to live up to the expectations of the entire nation and would inspire them to continue playing with the same commitment and zeal that they displayed during the Asian Games at Incheon. We thank our title partner of Hockey India League Hero MotoCorp and Mr. Pawan Munjal in particular for their immense contribution towards the promotion of hockey, and I am sure his efforts at nurturing the game will certainly bring back the glorious years of Indian hockey.”

Hero MotoCorp has been promoting various disciplines of sports including hockey, golf, cricket and football. Most recently, in the first-of-its-kind top-level global association with golf, Hero MotoCorp became the Title Sponsor of the World Challenge tournament. The company is also the Title Sponsor of the Hero Indian Super League – the first-of-its-kind franchise-based football league in the country.