Home Hero MotoCorp Hero Karizma Gets Hit By A Time Machine, Turns Into A Cafe Racer

Café racers are becoming a rage among modifiers in today’s world, with people customizing all types of bikes to a café racer, be it a Royal Enfield or a Hero Honda. What we have here is another motorcycle which was transformed into a café racer, against its humble beginning when it was a Hero Karizma. 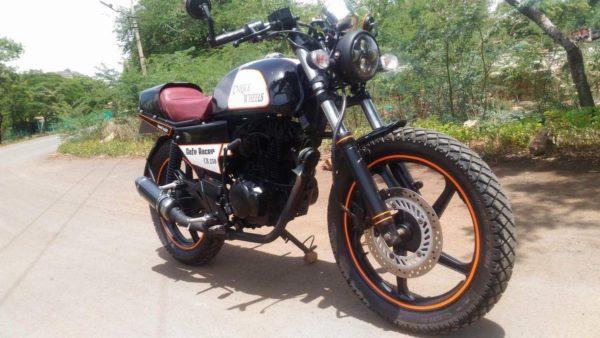 Yes, the model you see in the images here was a Karizma before the folks at Belgaum based Unique Wheels took up the modification work. Known as the Café Racer CB250, the model features extensive visual upgrades such as the clip-on handlebars, bar-end mirrors, Harley Davidson daymaker headlight, an aftermarket exhaust and an RE continental GT fuel tank. A few custom parts include the mud guards, the removable rear seat cowl and a new number plate holder at the rear. 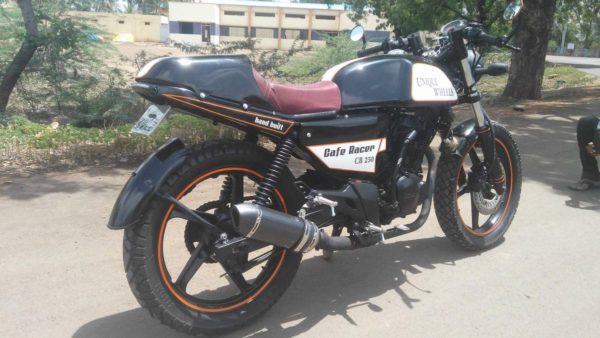 Motoroids reader Sanjay Savadatti, who sent us the images of this modification work, has not shared any details regarding the engine specifications. Hence it can be safe to assume that the model is powered by the same 223cc air cooled engine. This motor is capable of producing 20 bhp at 8000 rpm and 19.7 Nm of torque at 6500 rpm. This engine comes mated to a five speed gearbox.