Majority of us enthusiasts always have a dream of owning an exotic, be it a car or a motorcycle. While a few of us turn that dream into reality, there are also a certain few who make it almost close enough. Let me put this into better words along with a few images. 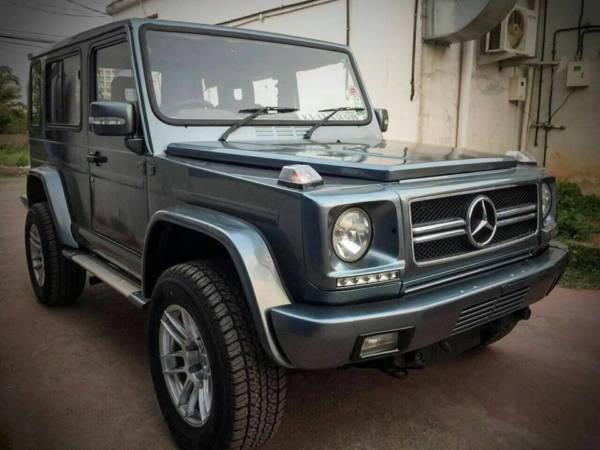 Take into consideration the level of modifications one such enthusiast undertook, in order to transform his Force Gurkha into a Mercedes-Benz G-Class replica. Although the complete job is yet to be finished, the current state of the model looks as good as a modification can get, well almost.

Also read: How to transform your Mahindra Bolero into a Mercedes-Benz G-Wagen

The mod-job began with the initial steps witnessing the makeover of the front fascia.  This process involved a fair amount of fabrication as the parts were not a direct fit to the Gurkha. As the fabricator had not seen the G-Class in person, the owner of the Gurkha got a scale model for a better idea on the proportions. Following the change in the front fascia were a few other crucial changes such as restructuring of the roof panels to give it a flat look, reshaped wheel arches and Mercedes-Benz fenders and a new rear bumper and tail lamps. 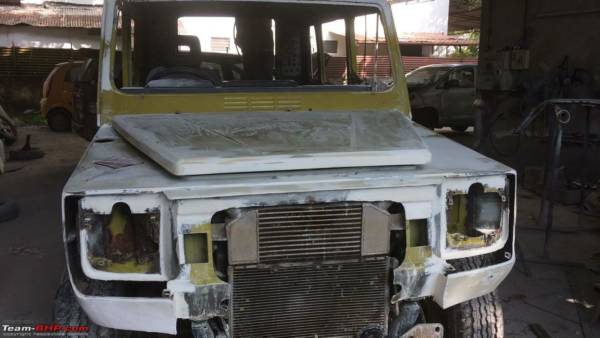 The owner, who felt the build quality of the original bodywork of the Gurkha was not to his satisfaction, asked the fabricator to reinforce all the joints with the help of the welding process. Following the welding, the body panels of the vehicle were sanded and a coat of marine grade anti rust body primer and sealants were applied.

Also read: Stuck in the Thar? The new BS-IV compliant 2017 Force Gurkha could winch you out for Rs. 8.38 lakh

Painted in a shade of X74, a paintjob usually seen on Audi products (silver in layman’s terms), the colour was chosen as it would, according to the owner, conceal most of the design flaws and defects with the modifications. A single giveaway to the model, if you must, would be the rear window panel on this unit which retains the original design instead of the one seen on the original G-Class. 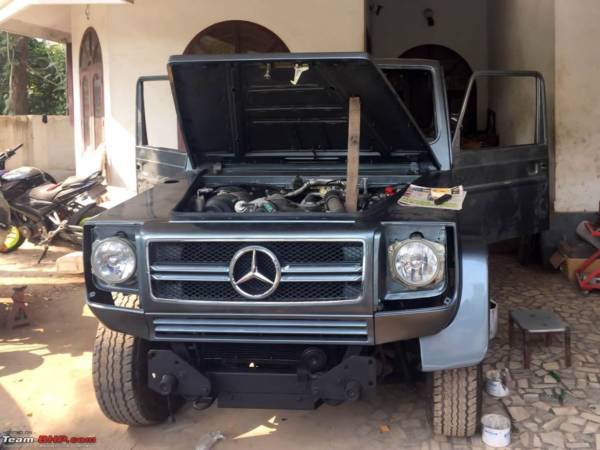 Visually, this Gurkha turned G-Class features the same grille, tail lamps and DRLs as seen on the original Mercedes-Benz product. The progress of this model till date has taken a period of five months and for those of you who would want to know the cost incurred, you would be disappointed to know that the owner hasn’t revealed these details. 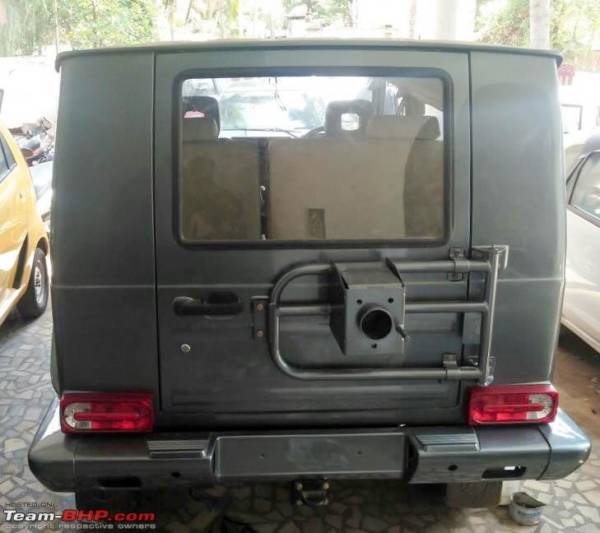 What we do know though is that the engine of this model remains unchanged and hence this Gurkha turned G-Class continues to be powered by the same Mercedes-Benz sourced 2.6-litre turbo diesel engine that produces 85 bhp and 230 Nm of torque. This motor sends power to all four wheels via the five speed manual gearbox. All in all, a pretty neat job we must say!

Following is an image gallery of the Gurkha turned G-Class (click to expand):