The eight instalment of the Fast & Furious series has been confirmed and will be released in theatres somewhere in 2017. In the meanwhile, Universal Studios Hollywood is offering the fans of this franchise a thrilling ride at their famed theme park in California, USA. 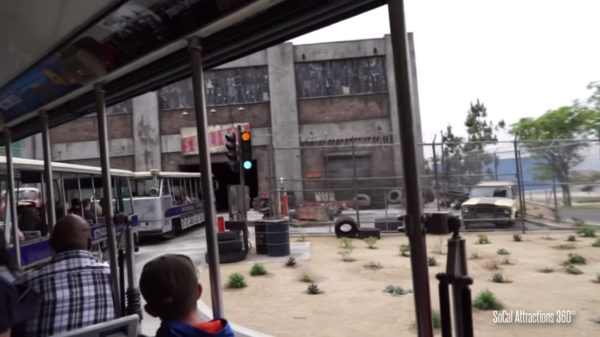 This is how ‘Fast & Furious – Supercharged’ begins

Before the ride was opened to the masses on June 24, 2015, the stars of the franchise – Vin Diesel, Tyrese Gibson, Michelle Rodriguez and the Jason Statham were invited to inaugurate the park’s new attraction, and the actors were more than happy to participate.  The new ride is called the ‘Fast & Furious – Supercharged’. The entire structure sprawls across an area of 65,000-square-foot and features a purpose-built the world’s most expansive and longest 360-degree screen – measuring in at 400 feet in length. The whole action is portrayed using high-end 4K projectors and the sounds are pumped out through state-of-the-art 3D audio system. The attraction takes the guests on a 6 minute long, hydraulic motion-based tour and the ultra-realism offered by the massive display setup, means that the guests will be treated to near-realistic experience. The gripping ride is supplemented by a short film that’s enacted by Diesel, Rodriguez, Gibson, Dwayne Johnson and Luke Evans in a holographic environment. 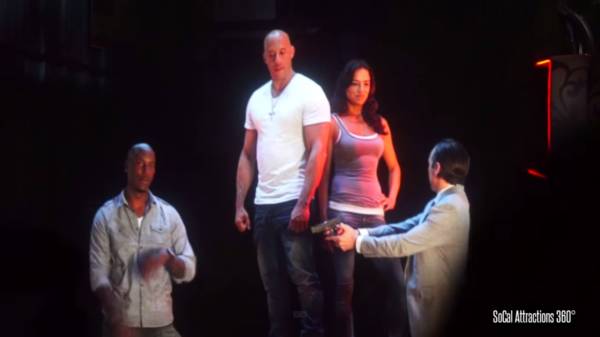 There’s a short film featuring the stars from the franchise

On the opening ceremony of Fast & Furious – Supercharged, the stars were handed a bolt-cutter to cut a chain, instead of the mundane ribbon cutting procedure – how cool is that? To add to the drama of it all, “security officers” informed the VIP audience that there was a delinquent Dodge Charger nearby, and the Furious stars were quickly coaxed out of the stage. Obviously, all of this was a setup to add to the drama, and soon enough, a Dodge Charger (similar to the one used in Furious 7) drove in at high speed, went straight up a ramp and then right through a large poster – thus wrapping up the pre-ride ceremony. The ride is now open to the public and the tickets start of at $80 and go all the way up to $329 for the VIP passes.

Anyway, enjoy the whole ride wherever you are, as we have attached a video concerning the same

P. S. Plug in your headphones and crank up the volume for more fun.