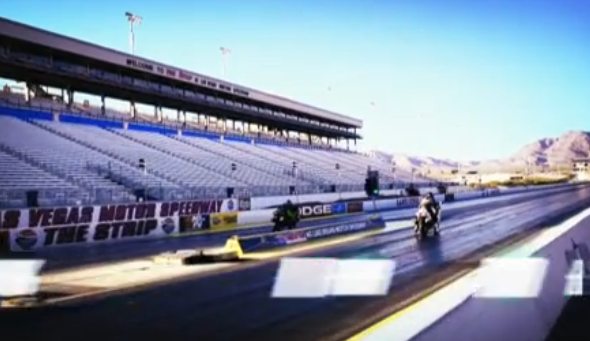 Kawasaki, with the 2012 ZZR1400 (or the ZX-14R) has once again laid claim on the ‘World’s Fastest Production Superbike’ title. And they’re not holding back any punches to let Suzuki know who the new boss is! The company, on being confident of having produced the fastest thing ever on two wheels doesn’t mind rubbing the fact in into Suzuki face. In a blatant display of superiority, Kawasaki have officially shot a video of the two bikes going head to head on a professional drag strip.

To show that the test was fair, Kawasaki have done multiple runs, and even switched riders in the video. Have a look, it’s one of the most interesting videos we have seen in recent times