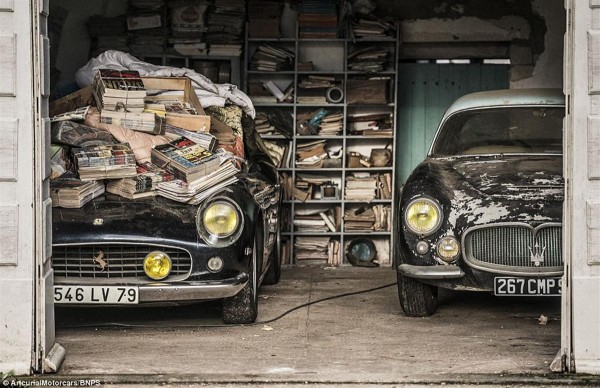 Now this in the truest sense actually means stumbling upon a hidden treasure. The Artcurial Collectors’ Car Department (Paris) has unearthed over 100 collector cars in a French estate comprising of legendary marquees such as Ferrari, Bugatti, Hispano-Suiza, Maserati, Talbot-Lago, Panhard-Levassor, Delahaye and Delage. 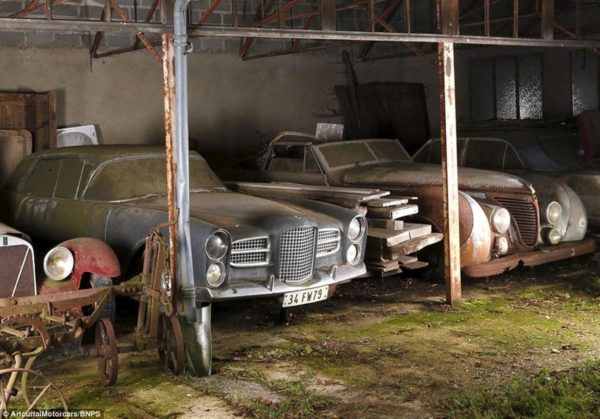 The collection belonged to Roger Baillon- a transport fleet owner and an avid automobile enthusiast who hoarded up these pre-war exotics for conservation after the necessary restoration work. Unfortunately before he could even begin on his dream, his business took a downturn and he was forced to sell about 50 cars from his collection and the rest were laid to gather dust since until then. 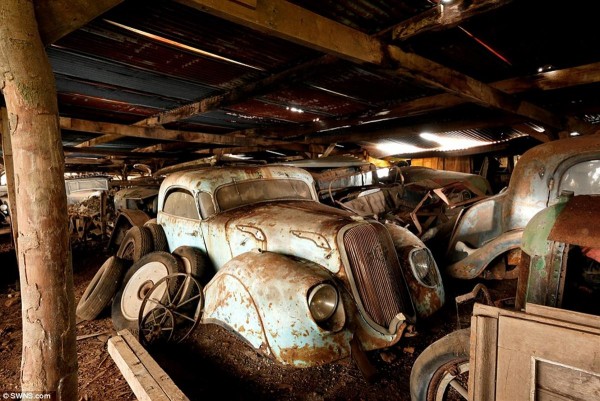 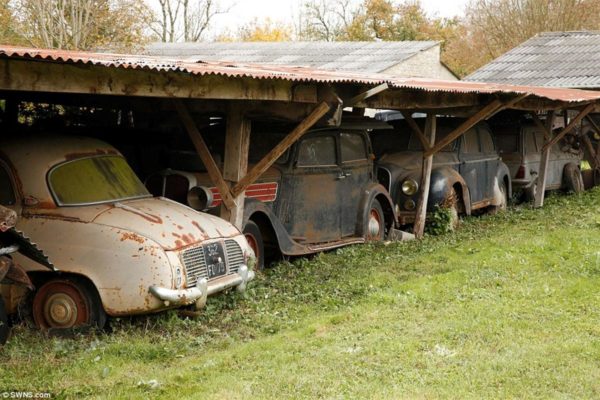 Though most of the cars have been reduced to a rusting rubble- fortunately 60 are in saleable condition. But the best of the lot have to be the 1961 Ferrari 250 GT SWB California Spider and 1956 Maserati A6G Gran Sport Frua which were found covered under piles of books and newspapers. Being in reasonably good condition, just these two cars have been slated to fetch approximate US$ 18 million at a future auction. Individually the Ferrari 250 GT would be fetching between 9,500,000 to 12,000,000 euros with the Maserati A6G expected to garner anywhere between 8,000,000 to 12,000,000 euros. 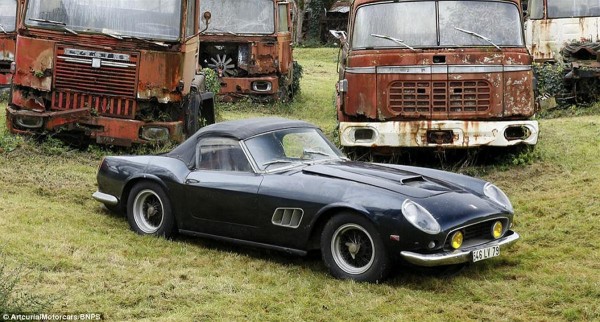 Car specialist Pierre Novikoff states “These sleeping Beauties are clothed in the precious patina of time gone by. A collection like this can’t fail to arouse the passions of those who love automobiles, as well as art and history enthusiasts. Never again, anywhere in the world, will such a treasure be unearthed!”

The cars would be put up for auctioning at Retromobile Salon on 6 February 2015 in Paris.