Home Features Toyota Hilux extensively used by ISIS: Proof that it’s the most rugged vehicle on the planet? 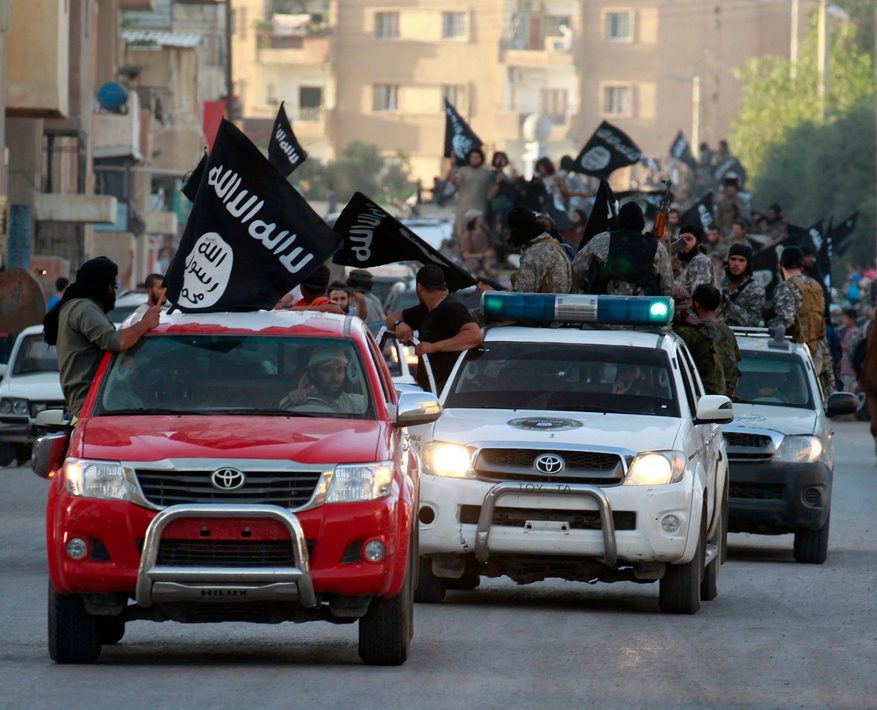 This may be proof that Jeremy Clarkson’s torture of an unfortunate Toyota Hilux in one of his Top Gear episodes wasn’t entirely doctored. Dreaded extremist organisation ISIS using the Japanese carmaker’s trucks and SUVs extensively is testimony that there’s hardly any other vehicle as reliable and rugged as the Hilux and the Land Cruiser.

So while Toyota doesn’t have any role to play in the terrorists getting to drive their legendary machines (the company stopped selling its products in Syria several years ago),  the US agencies sure are concerned. Their question? Where are the terrorists getting so many brand new Toyota cars from? In almost every video that comes out of the war stricken Syria, the IS extremists are seen on Toyota cars with the black caliphate flags waving high.

It’s not the first time the terrorists have chosen the rugged Toyota cars for carrying out their business, though – it’s been a hot favourite among them through history. Owing to its vehicles’ unparalleled build quality and disregard for maintenance, Toyota trucks and SUVs have been witnessed being used by Somali pirates, Sudanese fighters, Pakistani militants and by various groups in Ethiopia, Rwanda, Congo, Lebanon, Yemen and Iraq in the past.

And it’s not just the extremists who prefer the Toyota branded machines. Even the peacekeeping agencies and security forces choose the Japanese make over most other machines. Close your eyes and try to remember the last UN car you saw – get the picture? Even the US Forces prefer driving the Toyota Tacomas, which are essentially the US version of the Hilux on some of their installations.

“The Toyota Hilux is everywhere – it’s the vehicular equivalent of the AK-47. It’s ubiquitous to insurgent warfare. And actually, recently, also counterinsurgent warfare. It kicks the hell out of the Humvee.” Andrew Exum, a former US Army Ranger, now the deputy assistant secretary for US in the Middle East, told Newsweek.

The fast and manoeuvrable truck, which can easily allow a 50 calibre machine gun to be mounted on it, is a great choice for mobile extremist groups out to conquer territory. It’s tough, powerful, dependable, and doesn’t cost anywhere close to what a proper military-spec machine would. 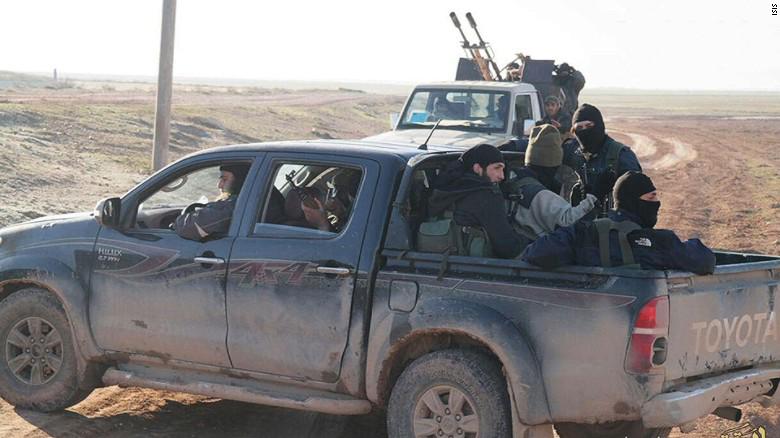 With the Islamic State terrorists seen driving around in hundreds of these 4WD Toyotas, the US government is getting alarmed. While there is no question of Toyota having any official role to play in the development, the US government has asked the company to find out where these vehicles are supplied from, in a bid to figure out and cut the funding of these extremist groups.

Toyota on its part has said that it has a very strict policy for selling vehicles to anyone who may modify and use them for extremist activities.

While it’s impossible to track a vehicle just by looking at it in a video, Toyota is doing its bit to figure where the supply of vehicles is channelled from. One theory is that the trucks filter into these areas through middlemen who smuggle them in from neighbouring countries.

In the meantime, Twitter has started cracking jokes on the subject and there are some parody videos which are being made, too. Here’s one of them, titled ‘We’re good for Jihaad’. There’s another one featured on Saturday night live, not targeted at Toyota specifically, but featuring Toyota cars nevertheless.

Please note that these parodies are made by a third parties, and don’t have anything to do officially with Toyota