Driving Eighteen hundred kilometres is not too much distance for a week-long trip. But if you consider the perennially diverted and mostly jam-packed highways of our country, that distance does multiply into two. What was once an 8-9 hour drive, we took the Mahindra Marazzo from Mumbai to Goa and back. Since the time it takes to drive between these two places is almost twice these days, before everything else, we’d like to tell you that the Marazzo has one of the most comfortable seats you would find among all the vehicles on sale in India. The more expensive ones included! 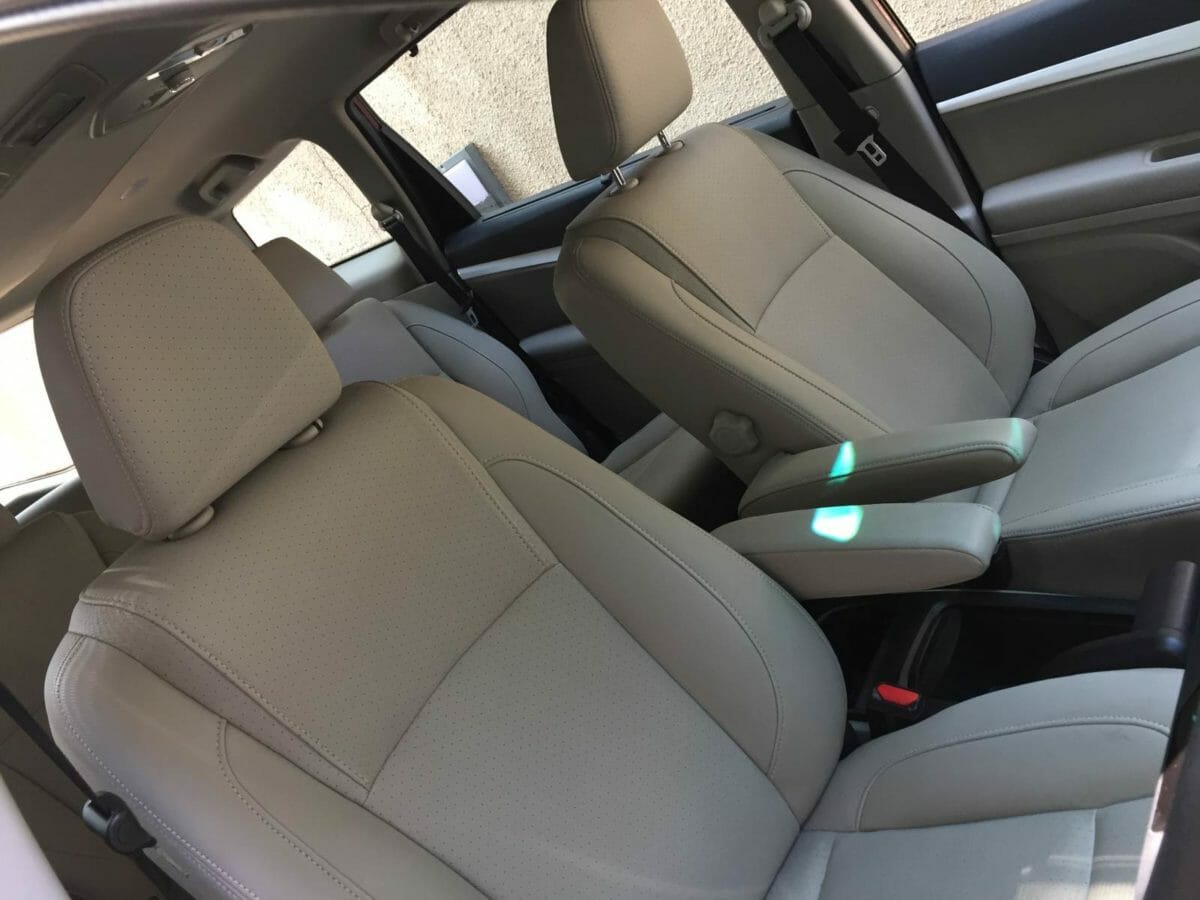 Why are we all about the seats right from the very beginning? Because when covering 700 kilometres at a stretch takes 14 hours, all the three adults in the car are well-built (two of them 6 footers), and upon reaching the destination, if nobody walks out of the car complaining of sore areas, discomfort, or weariness, the support system for their frames must’ve worked really well. The driver’s seat requires a special mention as I was the only driver among the three and for being tall-ish, there are very few mainstream cars which allow me to drive through the night, into the afternoon and still remain fatigue-free. Which reminds us that the Marazzo has a fantastic twin-barrel headlight setup which lights up the road in brilliant yellow with great intensity and spread. 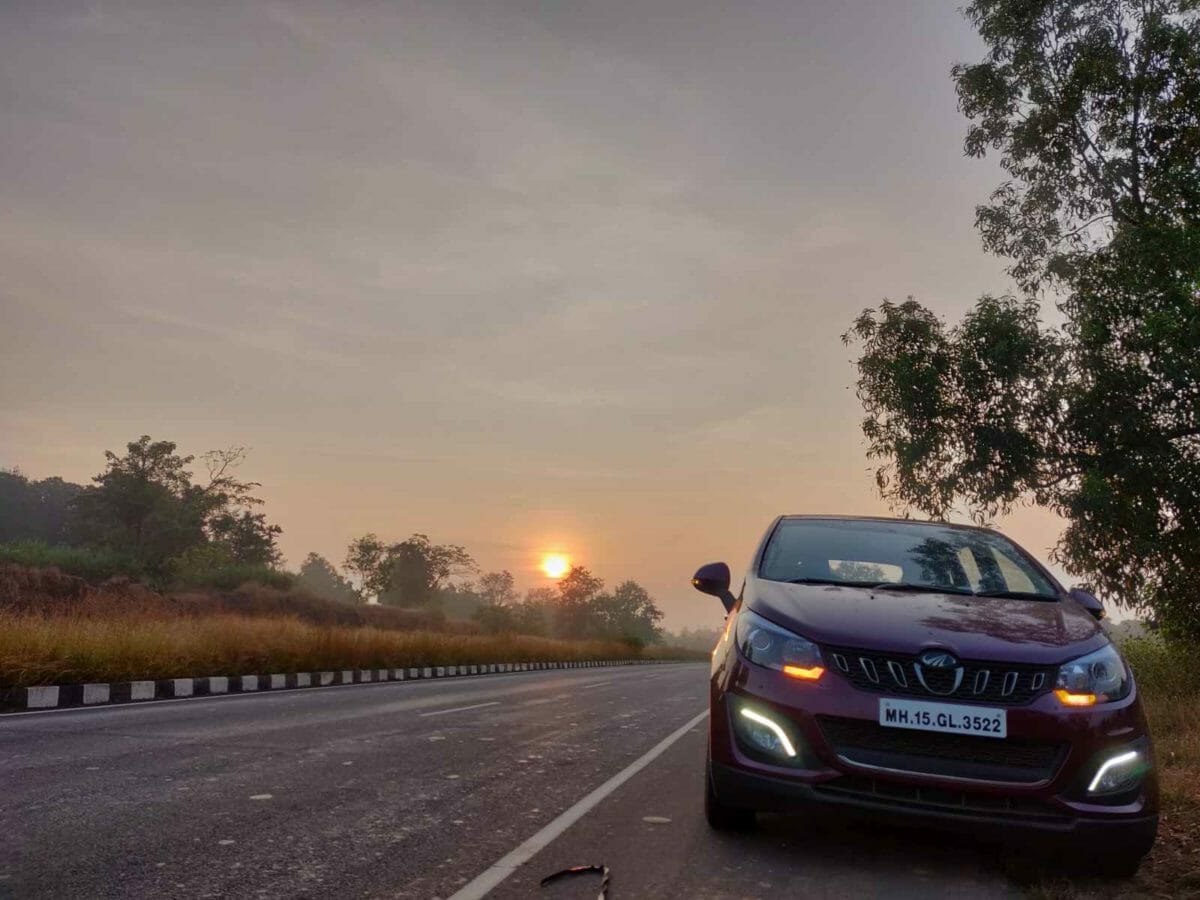 But there’s more to a vehicle than just its seats when we talk about comfort during a long-distance journey. The suspension, size of wheels and the vehicle, engine and gearing, NVH qualities, cabin space, ride and handling qualities, all need to come together if an automobile has to be stamped as an ideal long-distance companion. The Marazzo is a special vehicle. It is based upon a ladder-type architecture, yet, makes use of a front-wheel-drive set up like a monocoque. What that means for the person behind the wheel is that it drives like a car and for those seated elsewhere in the cabin, it displays the attributes of a solidly-built MPV. 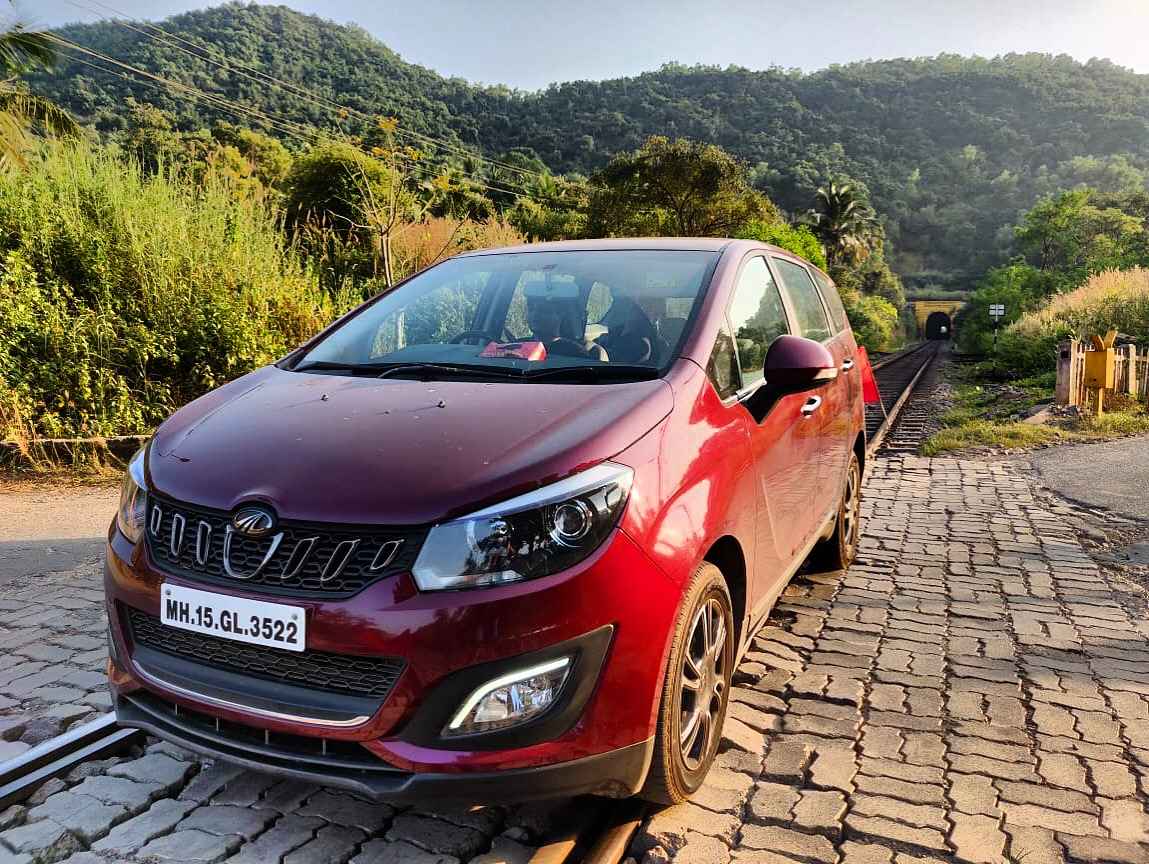 There is an upside to that quality and also a weird downside. You see, the Marazzo is surprisingly agile for the class it belongs to and makes use of dampers which are tuned to be on the slightly firmer side. What that does to you as a driver is that you push the car when you come across bends. The downside? Since you can carry more speed into corners than you usually would with a vehicle of this size, it isn’t long before rear passengers tap on your shoulder and ask you to take it easy. They do that because the effects of body roll are more pronounced when a long-ish vehicle built for ferrying six folks and with ample travel in its springs tries to rotate itself in a swift manner through back-to-back bends. While cruising in a straight line at high speeds though, it rides like a heavy chunk of dense metal which flattens all the crests and troughs. 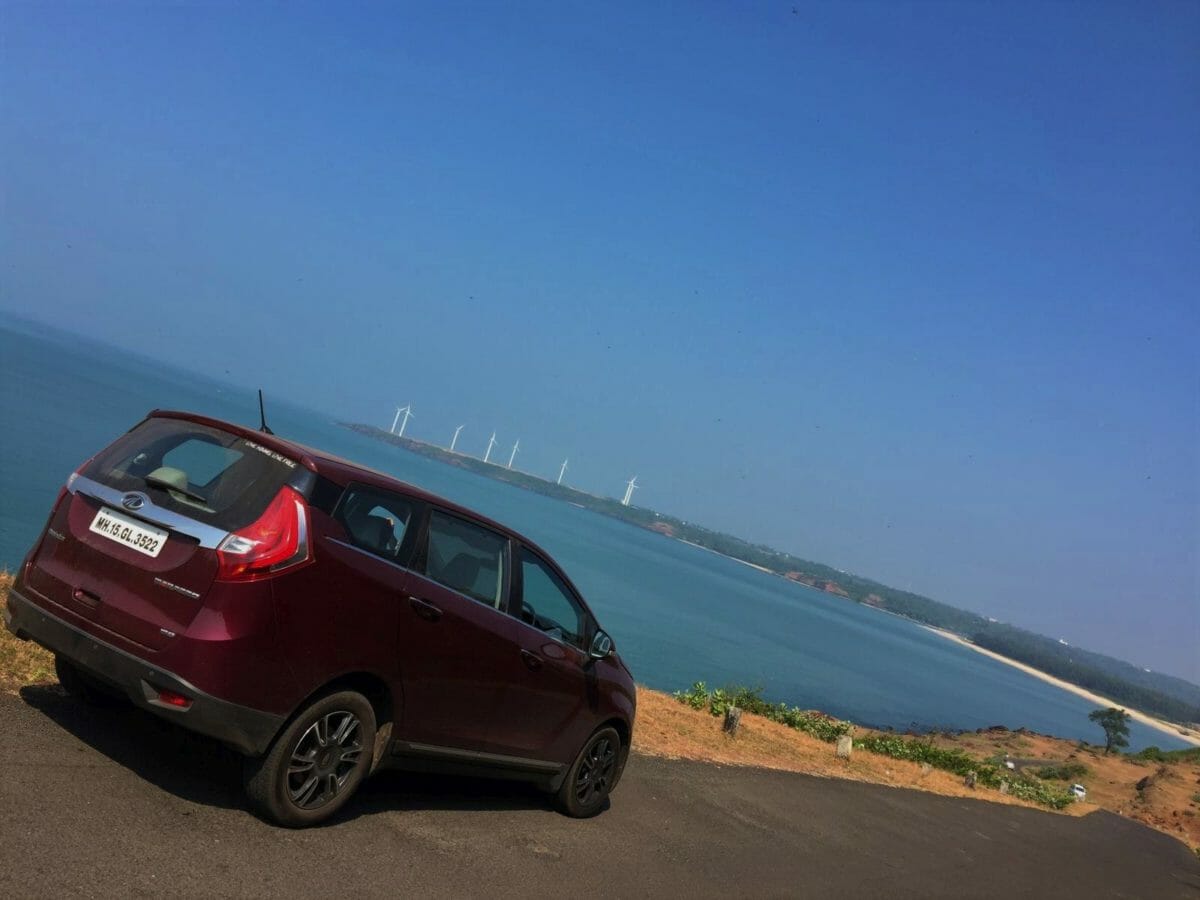 Through this post, we’d like to address this once particular concern of prospective buyers who haven’t stopped asking us if the Marazzo is easy to drive in the hills? The answer to that is, it’s a busy vehicle to drive uphill. Of the six ratios of the gearbox, the first three are really short, fourth is still short, stretching out happens only in fifth and sixth, and the motor hits its peak torque at about 1,750 rpm. That means you are either upshifting in quick succession because you’ve maxed out the momentum you can carry in one gear rather early, or downshifting in the same manner because you have just upshifted, but had to slow down for a slow-climbing truck maybe or a hairpin and the engine speed has dropped into the ‘welcome to lag’ zone 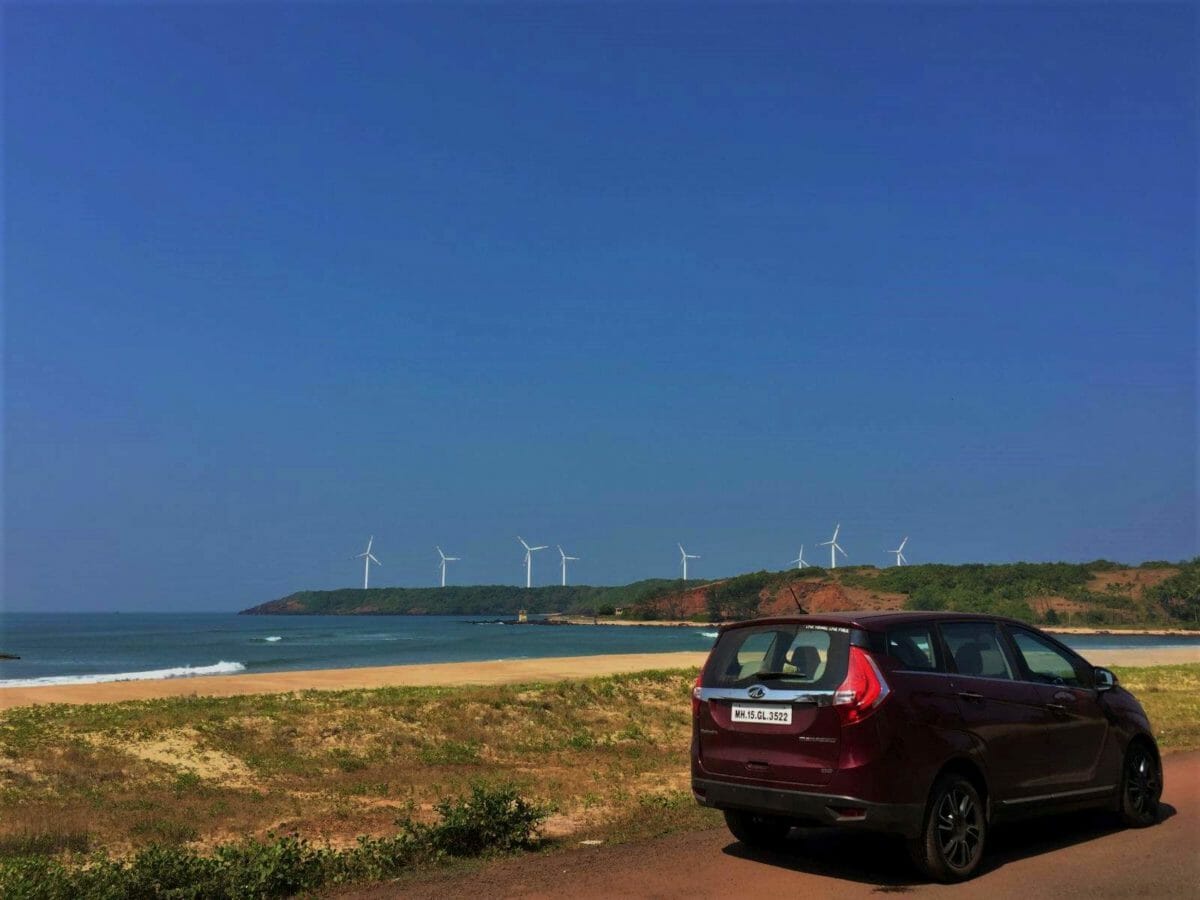 On paper, the Marazzo impresses with its power figures from that 1.5-litre engine and on the road too, the 300 Nm punch is there to be felt when it’s stretching its legs in higher gears or whenever the engine finds itself spinning beyond the 1,200-1,300 rpm mark. It’s only when there is a break in momentum, your left arm gets busy. What about fuel economy? How about an average of 17.6 km/l while it was being driven with a not so heavy right foot for a distance of 780 kilometres at one go, where half the distance was covered on broken B-roads and the rest on well-paved highways? That’s diesel hatchback territory! 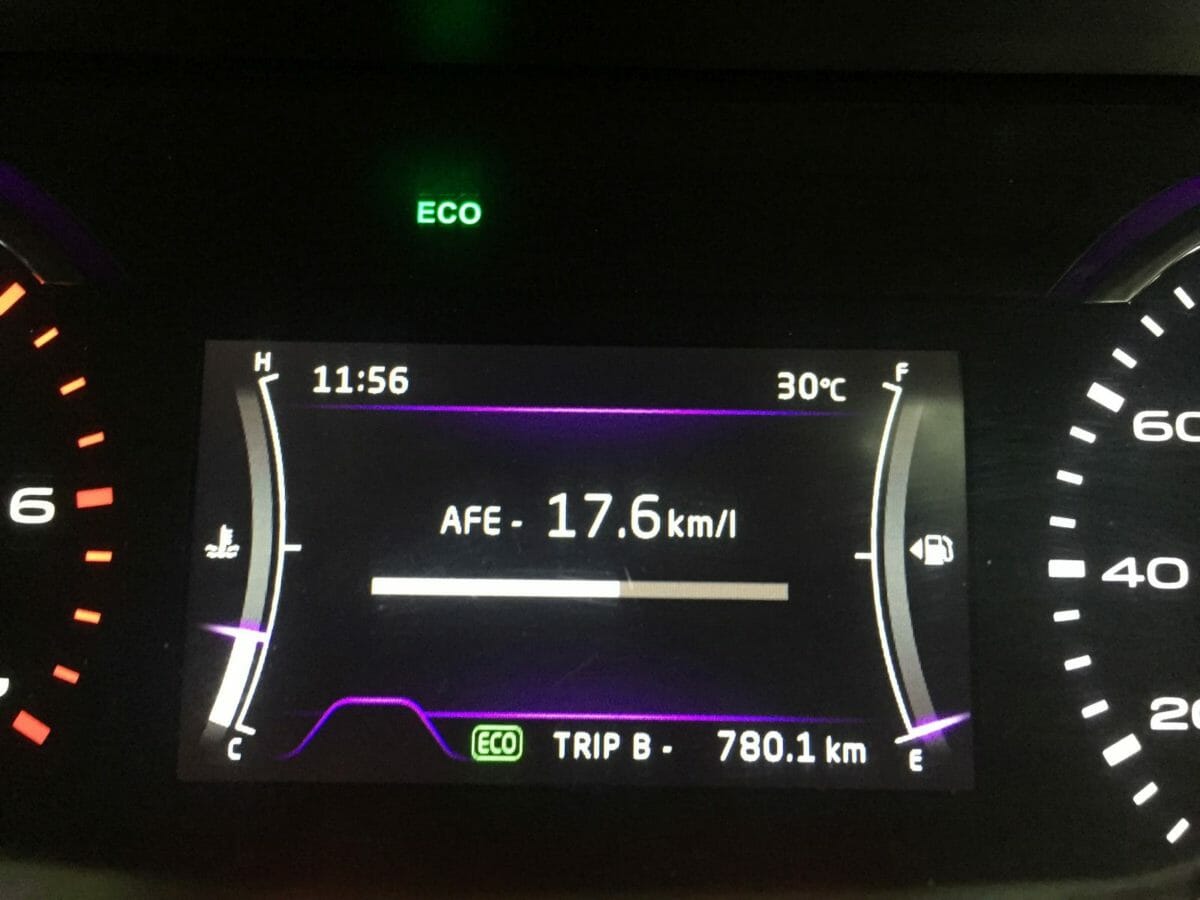 Which now bring us to another really impressive quality of the Mahindra Marazzo. Once all the windows are rolled up, the cabin is one of the quietest you will come across on any Indian-made car and that elevates the comfort one experiences over long journeys. The example we had with us had clocked more than 12k kilometres on the odometer and besides the loose change that dangled in the cavity next to the door-release lever, there wasn’t one unwanted sound. Through broken roads, the Marazzo felt robust and relayed this feeling of everything being bolted tight. Talking about sounds, the audio quality from the sound system is slightly on the brighter side. 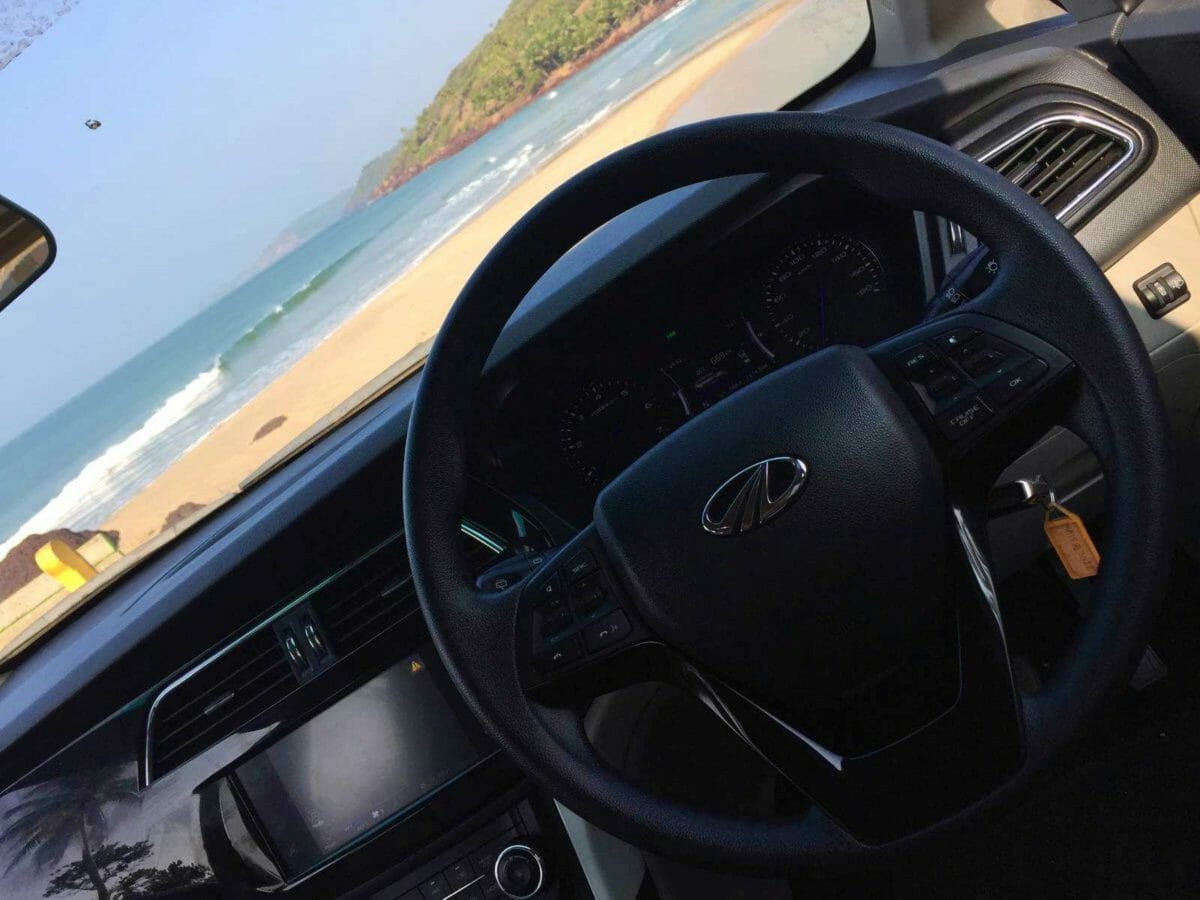 There are these little things where the passengers get a sunshade each on the rear window and can either set the airflow from the rear AC to be diffused or blown normally. There are plenty of charging points and storage spaces, the touchscreen system has its own navigation and as we’ve experienced before, passengers even in the third row are seated in comfort. For the driver, the steering wheel-mounted controls make life easy, we’ve already told you about the chair and there’s more than enough space in the footwell for tall folks to stretch out them legs to help with circulation. 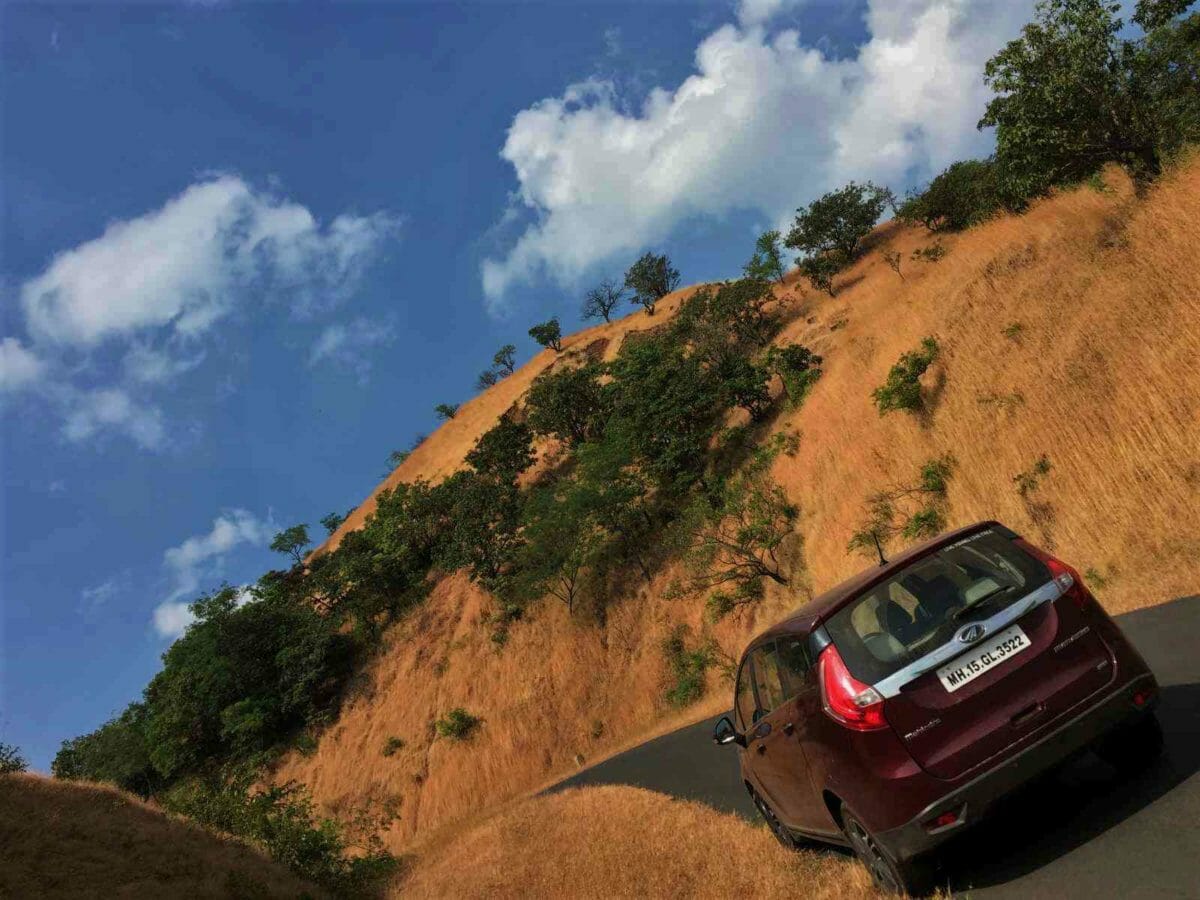 Some folks do think that the design could make do with some changes and we do agree in one area, where horizontally-placed taillights could’ve highlighted the width of the Marazzo, as the vertically-placed units make it look narrower as a vehicle than it actually is. We like the rest of its contemporary appearance which brings a lot of freshness to what is essentially a vehicle which focuses on utility. What we would also like is maybe a state of tune for the engine which enhances in-gear driveability at low speeds as it will only add to the effortlessness of the Marazzo’s performance characteristics 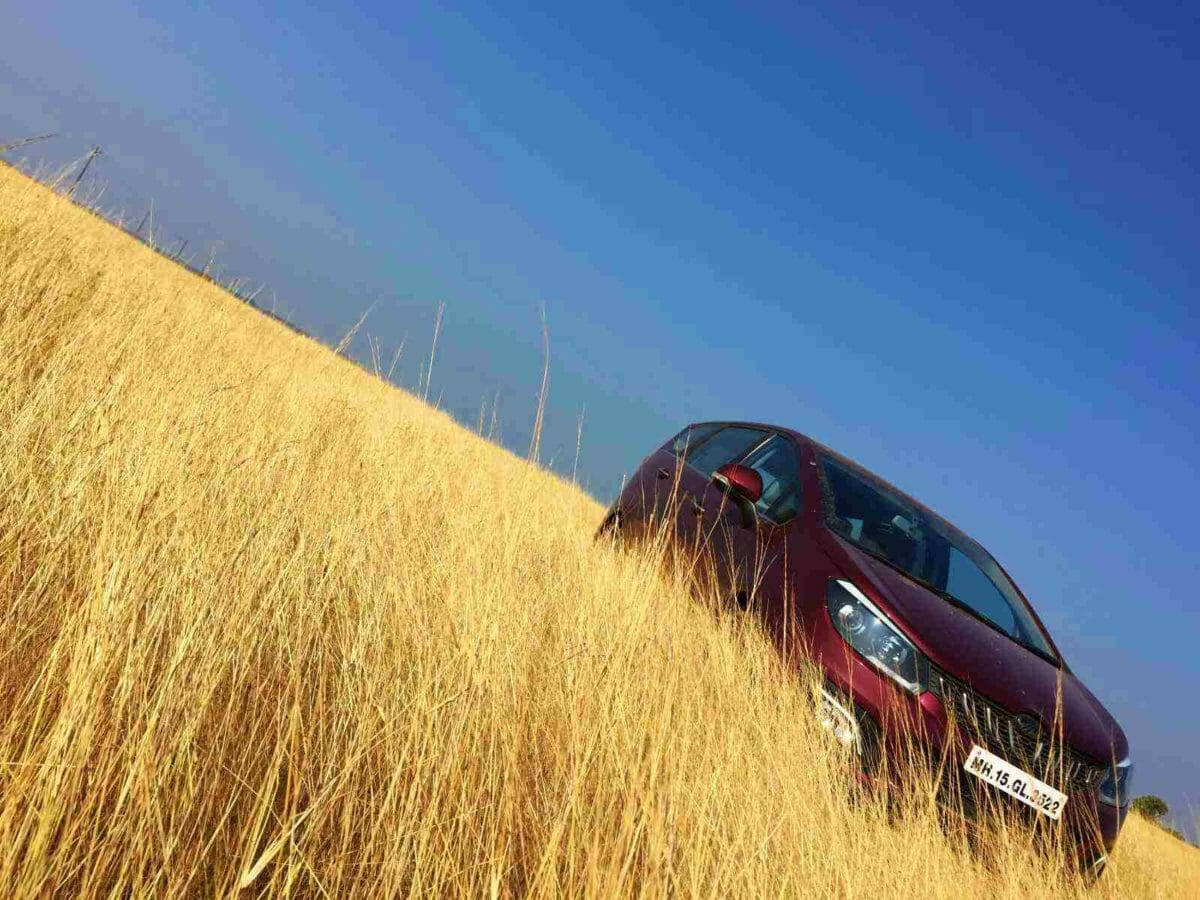 As we drove, the fact that we were inside a vehicle which has been certified as one of the safest by a Global testing agency after thorough scientific tests, made us realise how that fact alone will iron out many frowns from countless foreheads. Is the Marazzo an ideal long-distance vehicle then? From what we’ve experienced, even if you won’t always travel with enough folks to fill all the seats, if it’s a long-legged and seriously comfortable (we really want to harp on the latter) vehicle you are after, this Mahindra will impress you through and through.