Home Features The Jet That Outran Missiles: Remembering the SR71 Blackbird – The Coolest Machine Ever Made

Yeah, yeah, we know. You must be asking what this space-ship like beast is doing on an auto portal. But hey, as automotive enthusiasts, we are also fans of anything fast and which can challenge the boundaries of engineering and technology. And we are sure you would agree when you meet our latest infatuation – the Lockheed Martin SR71 Blackbird.

If you are like us, you wouldn’t be able to stop yourselves from stupidly grinning as your flight accelerates down the runway however many times you have been through the ritual. But this particular jet doesn’t just accelerate – it warps time. Well, you know, figuratively speaking.

It was first built in 1964 for the CIA and was the third in line of such high-speed spy jets. It was in continuous service for 25 years before it was retired – only to be called back in for a series of high-priority missions until it finally retired in the 1999. It was popularly called the Blackbird – a title it got for its high-stealth capabilities. At 3529 kmph, it has held the record for the fastest  manned, air breathing aircraft ever for over 40 years now.

Designed to be able to reach a speed of 3.4 Machs, this super-jet was used as a stealth reconnaissance aircraft which could collect super accurate still images from so high above the ground that you could actually see the curvature of the Earth from up there. Test pilots used to exclaim at the view that flying this aircraft entailed. They could even spot meteorite activity from up there. 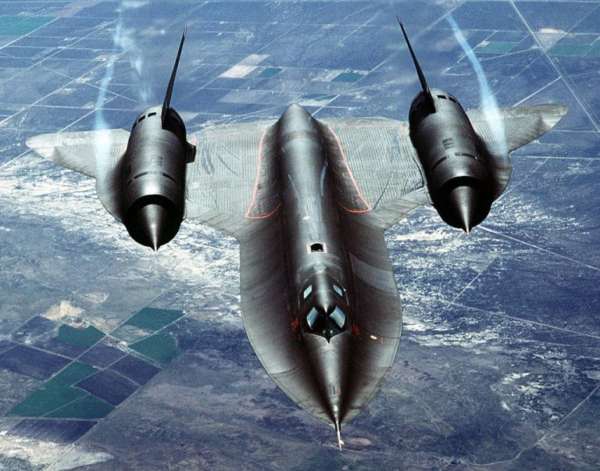 How accurate were the images, you ask? If the plane took a picture of a moving car from 80,000 feet above the ground while moving at over 2,000 miles per hour (over 3.1 times the speed of sound), you could actually read the license plate of the car.

Most of the plane was built from high quality Titanium which CIA had to smuggle from then-enemies USSR through hundreds of proxy companies. The panels were loosely fitted so that they could fit snugly once the plane was heated due to air-resistance. Funnily enough, this also meant that the plane leaked fuel when it was on the ground. 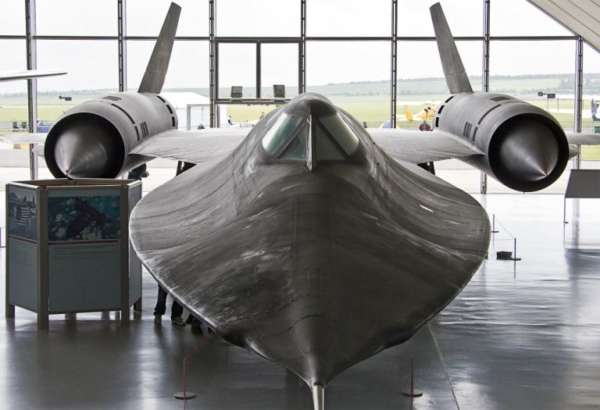 Talking of heat, it had to be coated with 60kgs of black paint to increase emissivity and the 2 inch thick windows were made of quartz because normal glass would have warped at this temperature. Its tires were specially designed by BF Goodrich with added Aluminium powder to help them bear the load and temperatures and still, could only last for 20 landings before needing replacement.

Enemies did not take lightly to the aircraft and over its years of service. Legend has it, that over 4,000 missiles were fired to hit it down. However, no rocket could ever hit the plane due to its state-of-the-art defence system – speed. Pilots could simply push their throttle stick, increase their speed and laugh – for no missile could ever catch up with them. As a result, none of the 32 jets were ever hit. 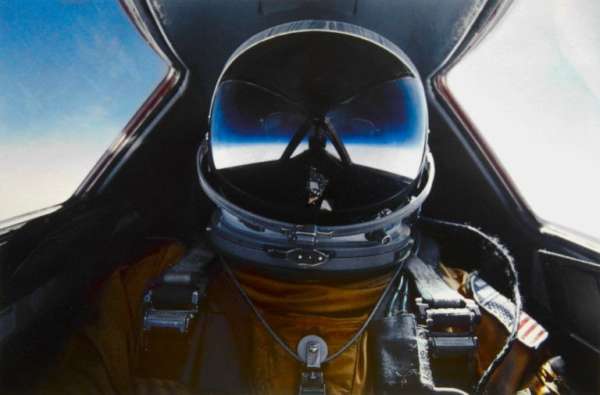 Flying it was a challenge because the aircraft was unlike any other in the air. Pilots underwent strict trials on normal fighter jets before they came in and they had to un-learn everything that they knew about flying till then after their induction. Apart from the challenging machine at hand, the space suit that they had to wear also posed difficulties. They even had a dedicated technical support crew from Lockheed Martin that used to be with them at all times while on the ground to ensure perfect maintenance.

The funniest story however, is how the aircraft got its name. Evidently, when the President revealed the aircraft, he misspelled RS71 as SR71. To save the President’s grace, the CIA stuck with the name – and had to change it on over 33,000 engineering drawings by hand. Talk about squad goals. Check out these marvel of aerospace engineering in the video below