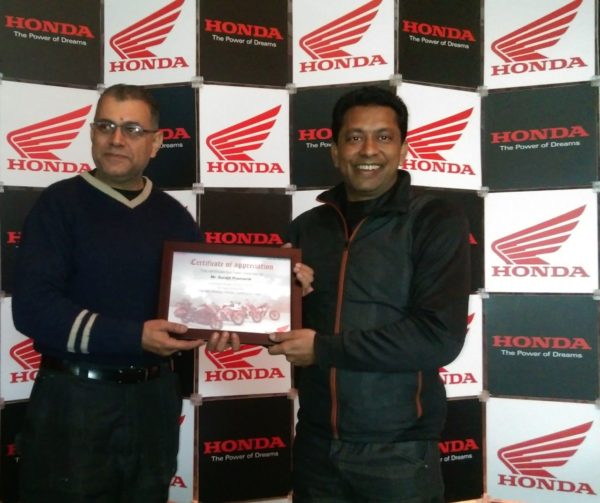 It’s every motorcyclist’s childhood ambition to explore various destinations on his/her most beloved possession but one seldom gets the opportunity to live out that dreams because of their busy lives. But every once in a while, a person breaks the social norms and achieves what he truly desires. One such person is Surajit Pramanik from Kolkata, an ordinary man who lives an extraordinary journey through two-wheels.

Pramanik, who owns a Honda CB1000R, has clocked over 64,000 kilometers across the length and width of India, and through various destinations in Nepal and Bhutan in a span of merely 20 months. But what motivated this ride? Year 2013 marked the completion of 20 years of Pramanik’s professional life and he wanted a break from his monotonous daily routine. So, after owning the motorcycle for over three years, Pramanik set out for a journey that would give him a break from his humdrum life cycle.

His feat was recently recognized by Honda Motorcycles and Scooters India and was honored as highest mileage Honda Big Bike Rider in India. The award was presented to him by Dr. Arun Theraja, founder of Group Of Delhi Superbikers at the Honda’s Big Bike Weekend ride. 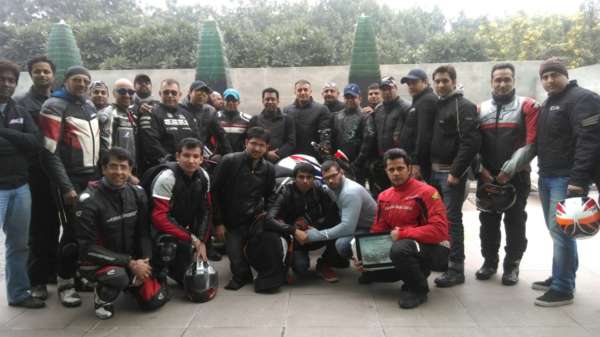 The Honda CB1000R is powered by a 998cc liquid- cooled four-Stroke 16-valve inline four-cylinder engine that is based on the 2007 CBR1000RR Fireblade. The engine produces about 123 hp of power and 100Nm of torque. The engine comes mated to a six-Speed transmission. The Honda CB1000R was first unveiled at the Milan Bike Show on 6 November, 2007 as a replacement for the Honda CB900F Hornet.

Pramanik is now working on a new journey on which he plans to ride to the four extreme corners of India – including Kanyakumari, Rann of Kutch, Meghalaya and Tripura. We congratulate Surajit Pramanik on clocking this milestone and wish him tons of luck for kilometers to come!