Sounds inspire, they also conspire to elate your senses, make you dance and sing to a tune. For motorheads, that tune comes from an engine which consolidates the symphony of pistons, crankshafts and makes the exhaust emit frequencies which are sweeter than a flute. This is where Mobil 1, the world’s leading synthetic engine oil acts as Mozart to orchestrate and make each component play the right tune. 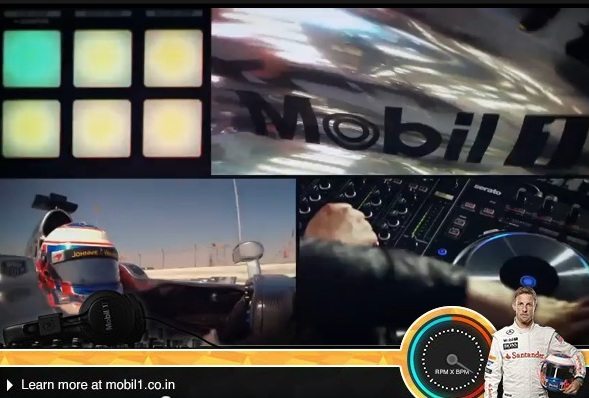 At the pinnacle of motorsports, Mobil 1 has partnered with the McLaren Mercedes team for the last 20 years. Mobil 1 technology is trackside at every race, delivering high performance lubricants, race formulation fuel and technical engineering support to the Formula 1 outfit.

Now, B6, a global, modern music producer and DJ from Shanghai decided to take inspiration from the notes of an F1 car’s engine and recreated the high-revving sounds on his DJ console. In this snippet, the sounds of Jenson Button’s McLaren Mercedes MP4-29 inspired B6 to recreate the sounds of that fast-revving V6 in the McLaren on his DJ console. Watch the collaboration as V6 meets B6.

*This feature is an advertorial