Vardenchi’s latest creation doesn’t conform to old-school chopper styling cues. Instead it creates a new ‘metrosexual’ niche for itself. 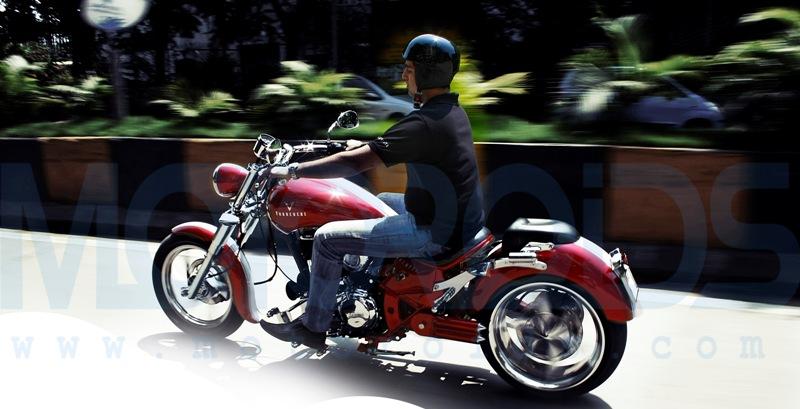 Majority of motorcycles manufactured across the globe are mere products which need a fair amount of marketing to attract buyers. Thankfully there are a few exceptions to the above truth. A testament to the above sentences is ‘Vardenchi’ custom choppers. Akshai Varde, the man behind Vardenchi is a custom bike builder whose creations do not need any amount of marketing to attract attention. A motorcycle passionately created by following the desires of a human heart, never fails in captivating a human mind with the desire of owing one someday. 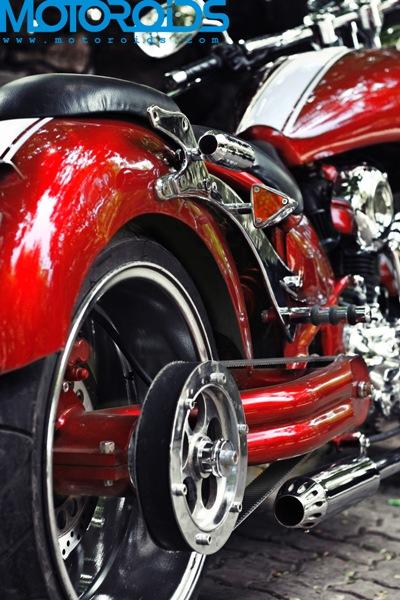 Not all custom motorcycles manufactured in our country have the individuality or character which allows them to be the ‘apple of all eyes’. In fact, it is immensely difficult for anyone to not spot any ‘less than perfect’ design or engineering in every custom motorcycle. All Vardenchi creations always turn out to be rolling sculptures and are the only ones for which the above two facts don’t apply! Actually, they possess the same raw appeal of an OCC chopper but at half the price. 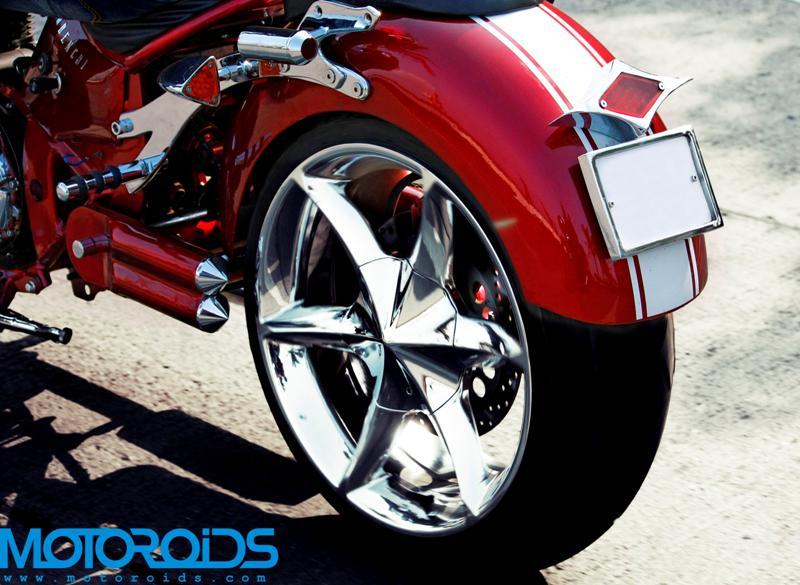 This chopper will shortly start featuring in motorcycle history books and mark the beginning of a new era for custom bike builders in India. More dope on that later. First allow me the pleasure of introducing you to Vardenchi’s latest creation christened ‘The Hammer’. This motorcycle, like all other Vardenchi custom choppers features a single sided swingarm, lengthened wheelbase, chrome wheels, 200 section rear tyre, and altered steering geometry. Inspite of all the common features, the Hammer has distinct road presence unmatched by any of Akshai’s other creations. 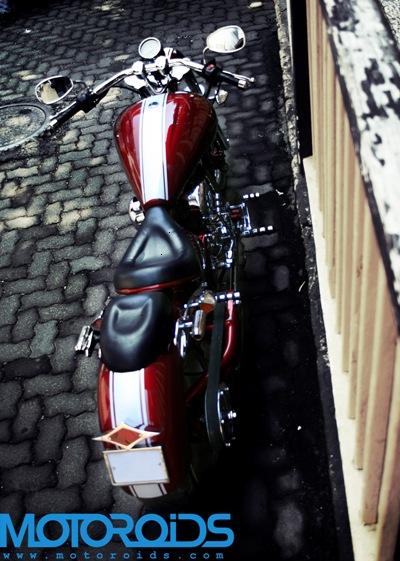 The brief given by the buyer for this chopper was that it should be user friendly and comfortable for long rides. The buyer also wanted the chopper to have a high level of finish, apart from having a clean, solid look, without being on the flashy side. Akshai wanted the Hammer to have a very well proportioned design, sport a funky and muscular look and possess the conviction of a production ready model.

Mumbaikars are so caught up in their daily routine that they generally fail to notice any off-beat thing or happening around them. Vardenchi Choppers are not ‘average things’ though but a rare two-wheeled motorized sculpture. Absolutely no one, however absorbed they may be in their iPod’s or  PSP’s ever fails to miss this one of a kind phenomenon rolling by. Passerby’s stop dead in their tracks and other road users follow suit bringing traffic to a halt. 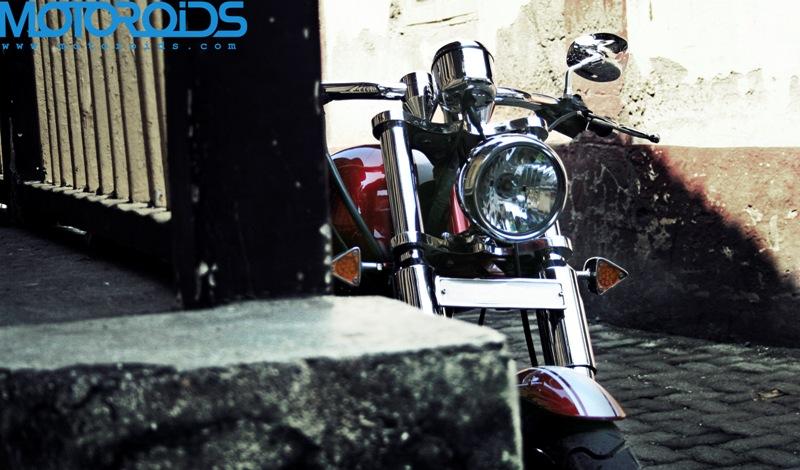 Soon local residents get unnerved by this unnatural phenomenon in their quiet neighborhood and threaten us to leave for another locality. And so we soon make our way from there, in search of another place for shoots and end up dazing people from another neighbourhood. For a photographer, planning and executing the shoot of a custom chopper is more often quite taxing. Most of the creations are not photogenic (read: not well designed, have pathetic paint jobs) which necessitates one to look for open locations so that at least the background makes the photograph appealing. Also, having photoshop skills is an added advantage allowing one to enhance the subject to make it appear stunning. 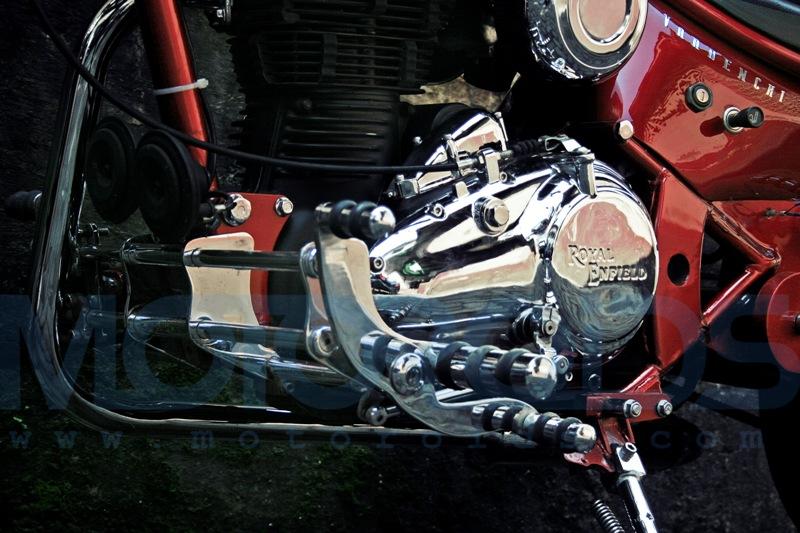 The foot-pegs get chrome plating as well

The chopper genuinely looks good from any angle owing to its flawless overall flow of design, proportionate body panels and high quality paint finish. The motorcycle does not need a picturesque location for it can be shot anywhere. The Hammer has actually been photographed around the by lanes of Bandra. A Vardenchi chopper has an innate ability to make any photograph appear delectable provided it is the subject. 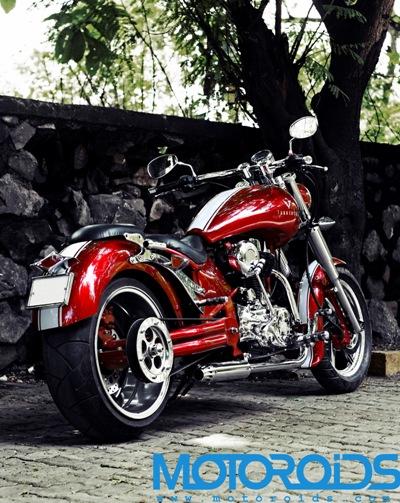 Like all Vardenchi creations, this chopper looks good from any angle at any location

Unlike the previous choppers that were based on at least a decade old Bullet engine and chasis, this chopper is based on Royal Enfield’s Thunderbird Twin Spark engine. In fact, the Hammer is the first Vardenchi bike to be powered by a TBTS engine. The performance of this chopper naturally leagues ahead of others in its clan. It also sets a new benchmark with respect to handling and ride quality. The detailing of accessories on this motorcycle like the front indicators and the rear LED tail lamp are very striking.

Another unique design features is the addition of brake lamps on the sides of the rear fender which look really cool. The motorcycle has also been coated in striking colors. Akshai added the racing stripes to give it a sporty edge while retaining the solid and sober look that the buyer wanted. As noted earlier, the Hammer was designed to be comfortable for occasional leisurely city and long highway rides. Hence it does not sport a low slung and high handlebar look. There is also a visible improvement in the overall appeal and design proportions. 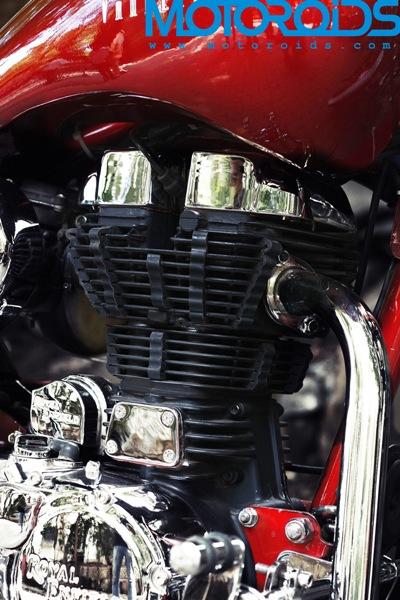 The mechanical loss of torque gets reduced to a minimum. The traditional single sided swingarm along with a 200 section rear tyre mounted on a 17’inch car alloy wheel have also been carried over. The rear rim is actually an after market car alloy. Its design allows the chrome wheel to be fitted to the swingarm’s hub from one side. 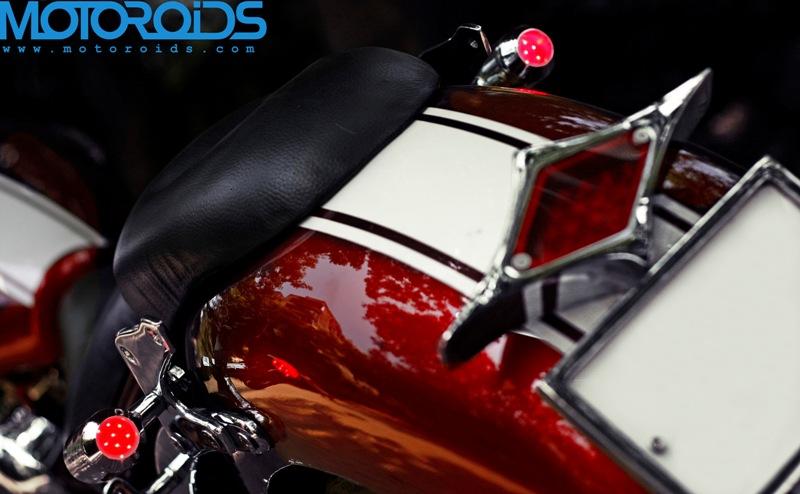 The front suspension has been borrowed over from the donor bike. The front wheel and disc brake set up have come from a Pulsar 220. The front suspension has been retained from the donor bike. The rear disc brake setup is the usual Pricol unit. This is also the first Vardenchi chopper whose exhaust incorporates bafflers to reduce its sound unlike the usual free flow one. Akshai says that a loud exhaust increases rider fatigue during rides and this exhaust has been designed to sound good without being cacophonic.

Reading the following sentences will make all chopper enthusiasts in India roll their eyes in disbelief. Guys and gals, the Hammer is the first Vardenchi chopper that will be mass produced. It’s about time you bought a leather jacket, got a few tattoos, took a deep breath, and realized that Gods have finally accepted your request to reduce the financial hurdle in owning a custom chopper. The basic variant of the Hammer retails for a price tag of Rs.4.5 lakhs. Wait! Don’t start shedding tears of joy and allow your jaw to drop down till the collarbone yet. There’s more… 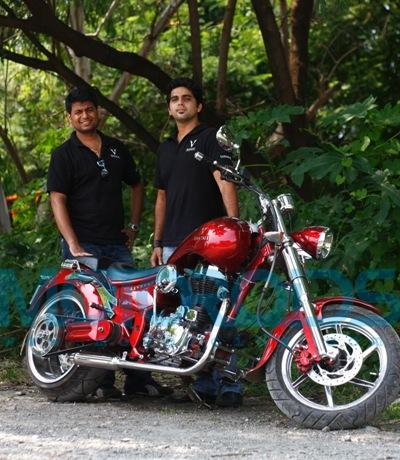 Akshai has confirmed that the Hammer will sport a lower price tag in the near future once it starts getting mass produced. He is currently targeting sales of around 200 units by November end and expects to sell around 2,000 units over a five year period. . The top end variant will cost a couple of thousand more as the individual demands of buyers will be incorporated.  Don’t forget, it will be a mass produced custom chopper after all! 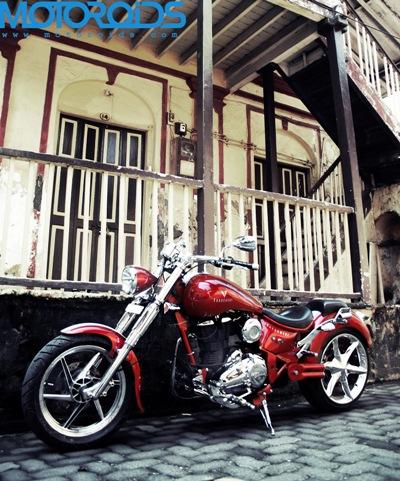 This chopper sets a new benchmark for other Vardenchi creations with respect to overall design flow, proportionate body panels, and quality,

The Hammer is an instant ice-breaker with respect to complete strangers starting a conversation with you! Akshai had just started discussing the Hammer’s finer details standing around it when three complete strangers joined in with their inputs about the chopper. One could sense that the dream of owing a custom chopper was uniting the people around us from different socio-economic backgrounds, culture, religion etc in pursuit of a common goal. 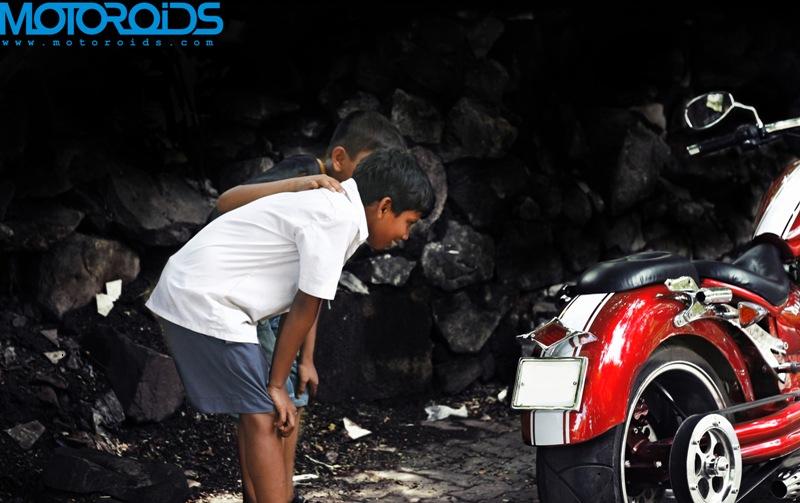 For a custom chopper, this motorcycle has been adequately garnished in all departments. The Hammer is designed to be immensely rider friendly and coupled with its TBTS engine the overall desirability quotient of this custom chopper will be very high among enthusiasts. It took Akshai two months time to bring the Hammer to life.When a motorcycle is built with passion, it shows. One instantly gets captivated by a variety of emotions like the need to have one, want to own one, desire to touch and feel one, dreams about riding one. The motorcycle ceases to exist as a product launched by some company solely to make profits or maybe for entering and existing in the market. Instead, it appears to be the two wheeled companion that you have been searching for since the day you were born. In today’s age even companionship comes with a price tag. Thankfully the Hammer doesn’t have an exorbitant one!