We often take it for granted, the amount of engineering brilliance and technological challenges that go behind making modern day cars, safer. Safety has been paramount for carmakers and their various safety nannies, whether in mechanical or electronic form, has been at the avantgarde tip for occupant security. There are far more than ten safety innovations in modern day cars, hence we are splitting this particular topic into two parts. That said, these are our pick of the most prolific.  We have also listed some of the advantages and disadvantages (if any) of each. 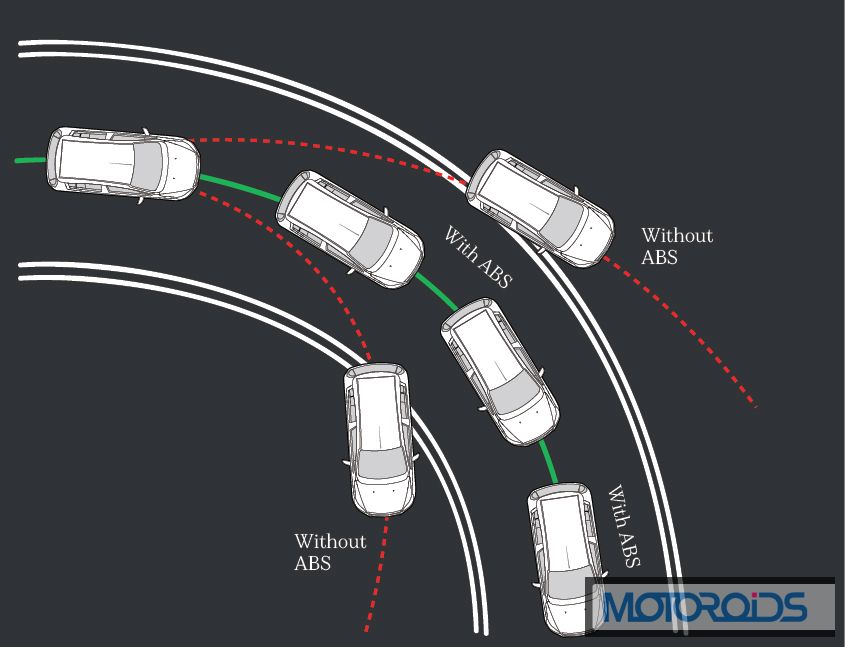 ABS forms the ‘ABC’ of most car safety tech, today. It is one of the most famous, yet obscure active safety systems found in modern automobiles. Despite what the name of this tech might have you believe, this system not only prevents the brakes from locking up, but also the car’s wheels. In a car that isn’t equipped with ABS, emergency braking can quickly lead to the wheels getting stubbornly immobile. Of course, brake lock is the precursor to wheel lock, but the outcome of these chain of events is often a loss of control over the vehicle.

Many Indian cars now have ABS on their top-spec models.

Advantages: Anti-lock braking system keeps track of all four wheels via the use of sensors. These sensors monitor the rotation of the wheels and relay the information to the ABS unit. If the unit were to detect any locking of the wheels, it immediately steps in and regulates the braking pressure, accordingly. This makes it impossible for the wheels to lock and allows the driver to maintain proper traction of the tyres, thus making it easier to use the steering wheel for what its meant to do, changing direction. The system is so efficient, that it can regulate the braking force on each individual wheel within a matter of milliseconds. ABS also reduces the stopping distance of a car, significantly. By negating wheel lock up and improving traction, the system intelligently modulates the brakes to ensure the vehicle stops in the shortest distance possible, even in inclement weather and road conditions.

Disadvantages: Honestly speaking, there are none. At least when it comes to everyday driving scenarios. Of course, there are individuals (many racing drivers), who think that they can do a far better job and can do it quicker than the computer-driven ABS system. Mind you. Some of these do end up having a embarrassing crash. 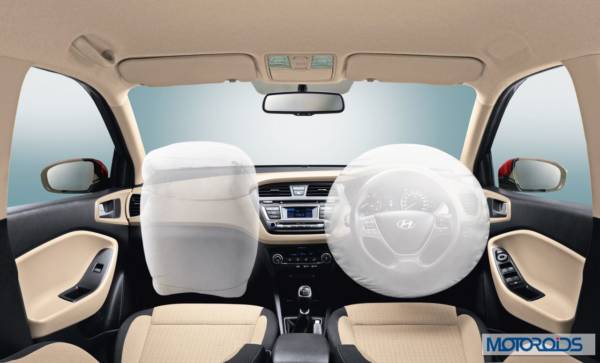 Airbags in cars are not very different to pillows that you sleep on. Well, at least in theory, that is. A pillow cushions and comforts your head when sleeping, while an airbag cushions your face from impacting the steering wheel or dash of your car. Depending on the speed of your vehicle, crash forces can be really extreme. Your body is forced to decelerate faster than it is comfortable with and this, coupled with you hitting the insides of your car, can prove fatal. Studies have shown that an airbag can inflate in under 35 milliseconds! To put that into perspective, an eyeblink takes a sloppy 200 milliseconds. Also, airbags are inflated by tiny amounts of explosives that detonate during an accident and that explosion propels air into the airbags, which then inflate rapidly. 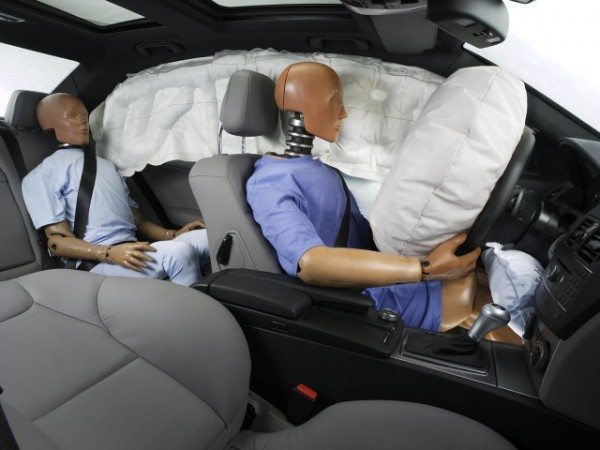 Some high-end cars can have 7 or even 10 airbags.

Advantages: Airbags can make a lot of difference between life and death. Research has shown that airbags and seatbelts, together, can reduce the risk of fatality by at least 50% in most cases. Yes, we all hope to never see these in real life, but if the unthinkable were to happen, these ‘pillows’ can indeed make a great deal of difference. So much so, that some carmakers fit their cars with up to 10 airbags. These range from the obvious front airbags, to curtain, side and even knee airbags! 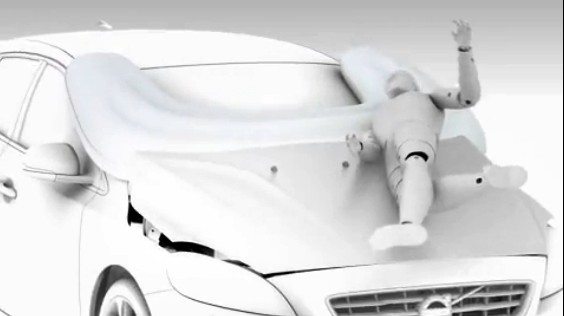 Volvo even has cars that have airbags for pedestrians. The Swedes are so kind.

There are cars which employ airbags that help place the occupants in a proper crash position, before other airbags kick in. Some have intelligent airbags that can ascertain the height and weight of the occupant through their seats and deploy, accordingly. This helps in reducing any chance of injury from the airbags, themselves. Regardless of the number and type of airbags in your car, the outcome of having airbag/s is always going to be better than having none. 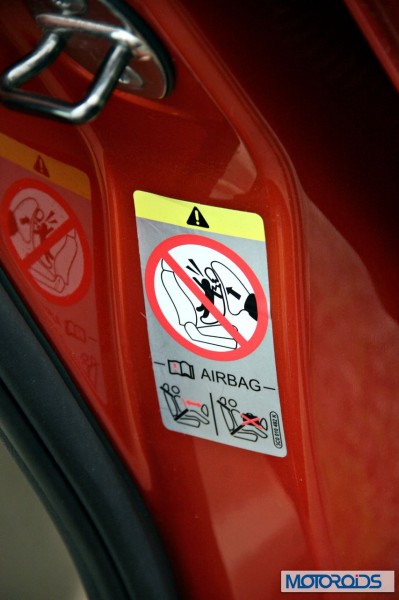 Airbags are not safe for children/infants. The latter belong in the rear seats.

Disadvantages: Well, as ironic as it might be, airbags do have some disadvantages. The first of these is the most obvious one; These are not toy balloons which can be trifled with. The very explosives that give them their brisk reaction time, can also lead to unlucky hazards if the system develops a failure. The Takata airbag case is one that immediately springs to mind. The Japan-based airbag manufacturer, came under some serious firing after several fatalities and injuries that were caused by their faulty airbags. The airbag could deploy and project dangerous metal shards into the cabin, thus injuring/killing the occupants. However, such cases are very rare and since their invention, airbags have saved more lives than taking them. 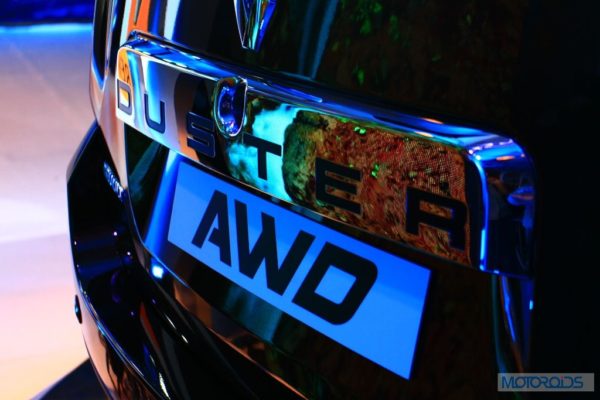 This may not seem like a very safety-oriented feature at first, but trust us, it is. Many accidents take place due to the car losing traction and the driver being unable to regain control. This can be due to slippery roads and/or due to the driver’s over enthusiasm with the accelerator, which can also lead to a loss in control of the vehicle. Cars equipped with an all-wheel drive (AWD) system can get around these issues by providing more traction and thus, more safety to everyone on-board. More often than not, AWD systems are usually found in SUVs/4x4s. However, there are several cars that have this humdrum, yet useful feature. Some cars give the driver the choice to select between 2-wheel drive mode (to save fuel) or all-wheel drive. 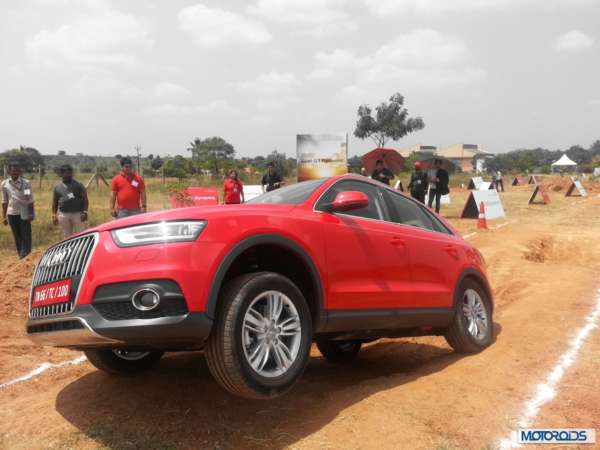 Audi has been famous for their quattro since the late ’80s. Quattro is Audi’s AWD system.

Advantages: Apart from being able to do amazing off-road stuff as pictured above, AWD helps just as much on the road. The system basically has sensors strewn all over the vehicle and continuously detect every motion of the car. Some AWD systems can monitor a multitude of parameters including steering angle, wheel spin, tyre traction, vehicle speed, gear position etc. The onboard computer calculates the necessary power split between the four individual wheels via the car’s differential/s. This splitting of power and torque to all four corners, ensures that you have the perfect amount of traction, regardless of the prevalent weather and surface conditions. Another plus of having AWD, comes when you are faced with some corners. Cars with AWD can carry greater speeds into corners and have more stability, an inherent quality of having more traction. 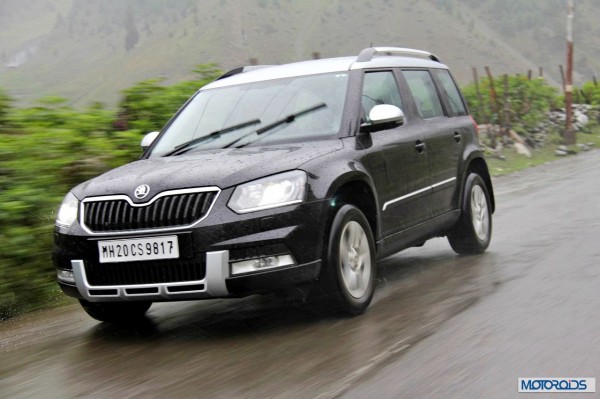 The Skoda Yeti is deceptively good on, and off the road.

Disadvantages: Though all-wheel drive systems can offer incredible levels of grip and versatility to a car, it also carries with it some disadvantages. However, note that these aren’t as much as disadvantages, as much as they are unnecessary in every car in the market. The most discernible disadvantage of an AWD system, is its cost and complexity. Also, because most of these systems are a bit heavy, they wouldn’t make much sense in smaller cars such as hatchbacks and compact saloons. Finally, there is the question of fuel economy. Cars with an AWD system, tend to sip a bit more of the precious fossil fuel in your tank than cars without AWD. 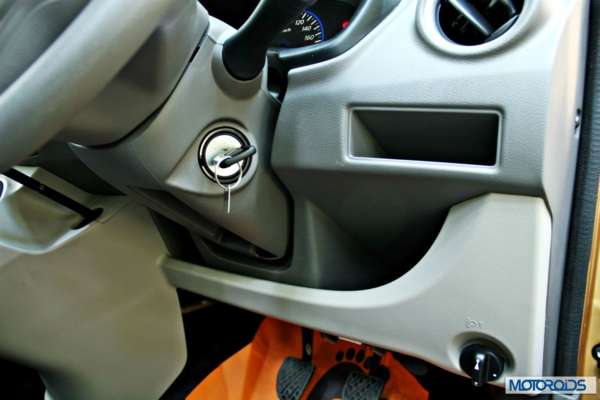 Steering column in a Datsun GO.

Many driver injuries have been avoided by the use of a collapsible steering column. It isn’t a very complicated safety item and does exactly what it states to be. During a frontal collision, the steering column moves away from the driver. The collapsible column has two separate sleeves, an inner and an outer sleeve. This is similar to the telescopic suspension you find on most motorcycles. This arrangement allows the inner sleeve of the column to slide into the outer sleeve. This ‘dive’ of the steering column ensures that the driver doesn’t get clobbered by the steering wheel. Most modern cars come with this arrangement and is one of the most subtle, yet simplest ways of avoiding nasty injuries/deaths during a crash.

Advantages: These are not very expensive and almost every car has the system, today. The pulling away of the steering wheel started happening worldwide in the late 1960s.

Disadvantages: Classic/vintage cars do not usually have collapsible steering columns. So if you love those cars, drive slowly and gingerly. 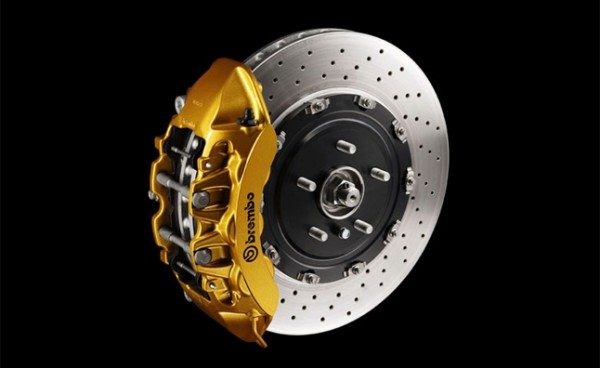 Brakes are one of the most important components in your car, obviously. The aforementioned anti-lock braking system would become jobless without these vital mechanical bits. There are two main types of brakes in modern cars, drum brakes and disc brakes. The latter is far better and more prevalent and hence we will curtail our talks on them. Disc brakes have two main components, the disc (also known as the rotor) and the calipers that house the brake pads. When you stomp on the “stop me” pedal, the brake calipers clasp against the rotors and you come to a halt. Disc brakes come in various varieties, these include steel, magnesium, carbon-ceramic discs etc. 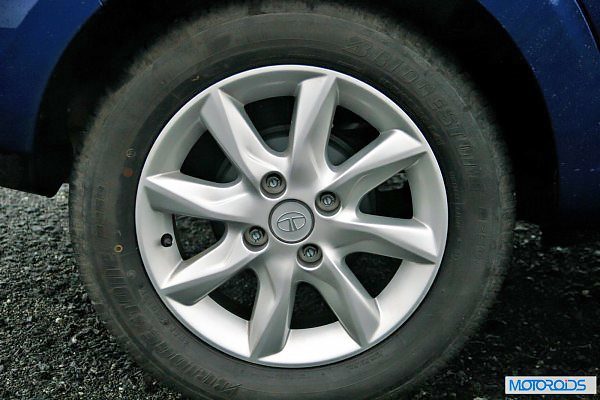 Advantages: The use of discs over their drum brake counterparts offer many upsides. The primary objective of disc brakes is their effectiveness, even when used repeatedly. This is because, unlike drum brakes which are enclosed in their housings, disc brakes are open to free flowing air and that cools them and ensures they remain within their normal operating temperatures. Disc brakes also have more stopping power than drums and can be made of exotic materials for even more chomp! Not to mention, they also look far more pleasing to the eye compared to drum brakes. 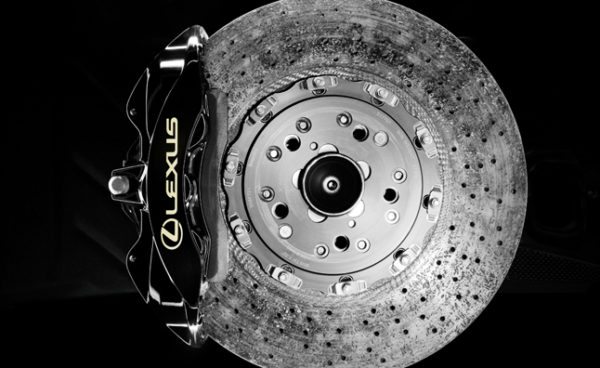 Disadvantages: There very few, if any. Even though disc brakes are very effective in stopping a car, standard steel rotors aren’t of much use on high performance cars. Steel discs do fade over time and become less effective at stopping the car. This means these cars often have to opt for pricey and exotic materials from the periodic table. These include, the now prominent (in high end luxury and sports cars), carbon-ceramic discs. These brakes have tremendous stopping capabilities and can withstand immense punishment on race tracks, but all these positive adjectives come at a price. Also, normal steel disc brakes have had problems with squeaks from their component parts. That can become annoying very soon.

That’s it for now, folks! We will be bringing more of ‘Our pick this week’ next week. Till then, drive safe and happy motoring.

Features
,
Lists
,
Must Read
,
Motoroids Comments
Facebook Comments
Leave a Reply Cancel reply
Popular Stories
Hyundai Creta 7-Seater Version: What Could It Be Like?...
Kawasaki Ninja H2 Gets Badly Hurt After Supercharged Rider Makes A Mistake...
TVS Motor Company And Sundaram Clayton To Spend INR 30 Crore To Fight The Virus...
Tom Cruise Mounts A Made-In-India Motorcycle For Next Mission Impossible Instalm...
Innovation In The Time Of Crisis, Only To Get Home...