Home Features Most Economical Convertibles You Can Buy In India

Even though the Indian weather isn’t very congenial for open-top motoring for most of the year, it is this time of the year which makes you wish that you owned a drop-top car. The beautiful scent of the moist ground after a fresh shower, the slight nip in the air and the overcast skies are the perfect invitation for rolling the roof down and heading out on the highway. So here is our guide to the most economical ways to allow you to catch some wind in your hair. 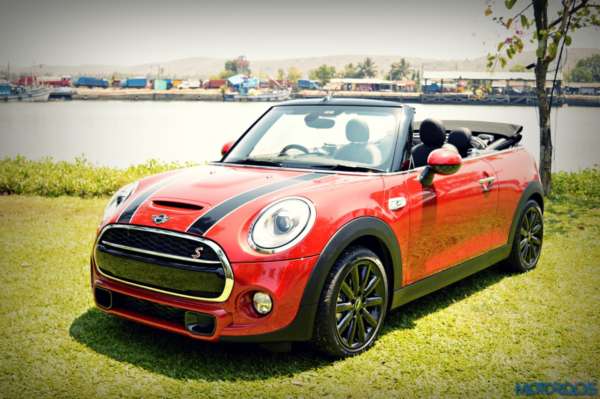 The Mini is, undoubtedly, the most iconic car which is still in production today. In its latest avatar, the Mini is not really, erm, mini and has grown in size and character. The neo-retro design with the round headlamps and the classic three door silhouette, however, are carried over with enhanced allure. The interiors also feature a similar design styling with “round” being the keyword. Everything just feels so proper, that in terms of charm alone, the Mini stands way ahead of all the other cars on the list.

Mini had always been known for its fun, go-kart like handling. And even though the increased size and added heft due to the convertible option dampen this character, the change is ever so marginal that you would barely mind. Power comes from a 2.0 Litre petrol motor equipped with a twin-scroll turbocharger – a setup good for 192 BHP and 280 Nm torque. The 100 mark comes up in 7.1 seconds but really, it is the magnificent chassis that delights you the most. The stiff suspension means that you can change directions instantly and this is the ideal partner you would want to have with you for those Ghat runs. 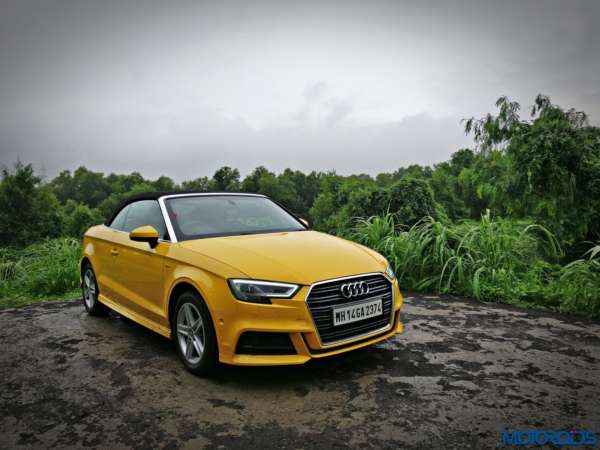 The latest update to the A3 brings the sharp, crisp styling that we have come to associate with the new generation of Audis. The front carries neater lines and a more aggressive face with a larger single piece grille and athletic lines. The character line running from the front to the rear grants it a sporty character, even when viewed standing still. Interiors follow the same minimalist design from the fixed roof A3 which, in itself is a good starting point.

The A3 trades in outright dynamic agility for a slightly cushier ride and that is not a bad thing either. Now, love the Mini as we might, the stiff suspension will mean that you might end up hurting your spine through India’s notorious pothole-ridden roads. The A3 is much more practical to live with on a daily basis. It is powered by a 1.4 Litre TFSI petrol engine that pushes out 150 PS and 250 Nm of torque. While it might seem humbler on paper than its competitors here, the engine is more than adequate for everyday use thanks to a strong mid-range and the immaculate 7-Speed S-Tronic auto-box. It also gets a Cylinder on Demand technology which seamlessly switches off two of its four cylinders while coasting to save fuel.

Mercedes’ new design language has been a key part of their effort to redefine the brand. From the old-man’s car to the perfect machine for the young executive, the brand has managed to turn its entire identity around. The styling of the C300 Cabrio is the perfect example of that. It is a brilliant mixture of sporty and elegance that is hard to match. The front, borrowed from the standard C commands attention, while the nice derriere from the bigger S-Class Cabrio enhances the sporty appeal. There is no other car that you would rather turn up to the club in.

The C is a proper luxury convertible, for two at least. The springs are tuned for comfort and you can drive through a bad patch of roads with ease. The C300 gets a 2.0 Litre engine that makes 245 BHP and 370 Nm of peak torque, bringing the hundred up in just 6.4 seconds before hitting the electronically restricted top figure of 250 km/h. The slick 9G-Tronic Gearbox also receives five drive modes that help you adjust the engine response, shift points and steering heft. 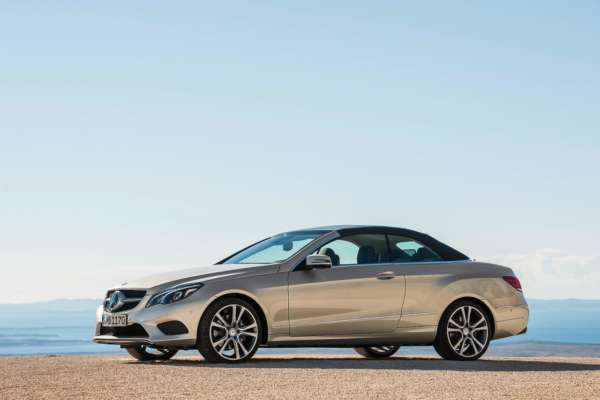 Even though the rest of Mercedes’ Cabrio range (the C and the S) have both been upgraded recently to the latest design language, the E is yet to get that facelift in India. That been said, the design still feels fresh with a sharp beaky front nose and an elegant rear derived from the erstwhile E. The length coupled with the drop-top roof gives it a sense of uncanny regality that feels stately.

The E400 gets a big 3.0 Litre Bi-Turbo V6 that puts out 333 BHP and 481 Nm of torque allowing it to complete the 0-100 sprint in just 5.5 seconds before hitting the 250 km/h limiter. Carving through corners is not really its forte but it still feels steady and the steering allows you to point it in the desired direction with fair accuracy. 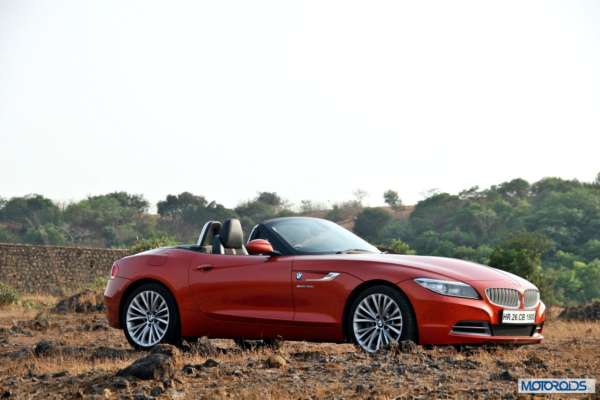 The Z4 has spent the most time under the sun since its last facelift – and the age shows. Don’t get me wrong, the roadster styling and the timeless curves still manage to excite you, no doubt, but it just doesn’t feel as dynamic as the other models in the range and you instantly know that this is from the older generation of cars that have sported the kidney grille. Still, given that it is the only two-seater roadster here, the long hood and the stubby boot mean that a sense of urgency is inherent and it manages to attract attention effortlessly.

The Z4 takes the straight-six approach to performance goodness. The 3.0 Litre BMW Twin-Power Turbo Petrol engine releases 306 Horses and 400 Nm of turning moment at the wheels. 0-100 takes 5.1 seconds and again, top-speed is electronically restricted to 250 km/h. The 7-Speed DCT offers lightning fast shifts as well and you can have some good old-fashioned sliding fun with the rear-wheel drive setup.