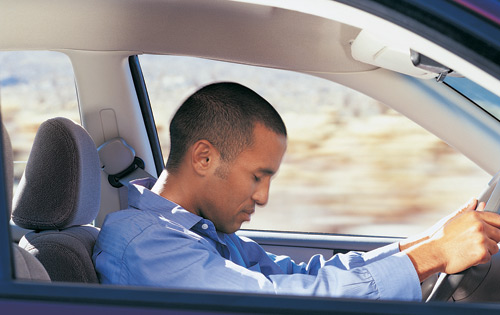 Few years back the Mumbai traffic wanted to ban music system in cars; under the guise of they affect the driver’s attention on the road leading to accidents. Apart from that we also have a ban on using the cell phone while driving. In fact the rule says that the drivers phone should be off while driving. Looking at both the rules the first one did not really succeed but the second one did. On the other hand researchers from Kansas University have come up with a ground-breaking experiment which defies both the rules we mentioned. According to the experiment which was led by Paul Atchley & Mark Chan they came to a conclusion that if the driver has some kind of distraction while driving he\she might pay more attention on the road.

Sounding funny in the first place and going against the traditional experiment which concludes that any kind of distraction for the driver will lead to an accident condition. The new study was done on 45 participants who were asked to drive a 30 minute journey on the stimulator which was programed with obstacles and various signs on the road. Some of the participants were given a secondary task while driving, some themselves performed secondary tasks while some had no parallel task apart from driving.

These drivers were assessed by their basic ability to stay in line while driving, their reaction & reaction time when an invader car is incoming, how precisely they follow the signs on the road and such similar parameters. After the whole study was done they found out that drivers who were given secondary tasks in the second portion of the journey were more likely to follow the parameters which were set for the study. The drivers who were driving monotonously without any parallel work were likely to drift away from the road which may lead to an accident like situation.

The study had started with stating that when driving becomes monotonous, the driver especially during the last leg of the journey tends to get bored which may lead to an accident condition, if this driver is now given a parallel job like the phone or maybe the music we can reduce the chance of the accident. After the whole study they did prove their point with a warning that “although these results suggest improvements in driving performance, there is still a degree of risk involved” when drivers perform a secondary task as not everyone can be good at multitasking.

Considering that the research was done in United States which is very strict when it comes to road safety the results may be true. In India we do have seen and heard about accidents where the driver falls asleep due to monotonous driving eventually crashing the car as well as drivers trying to multitask and failing to save the accident. We at Motoroids suggest you to drive safely and have your sips of chai in between to keep that mind in lane rather than using that cell phone. Do tell us what you think about this study.