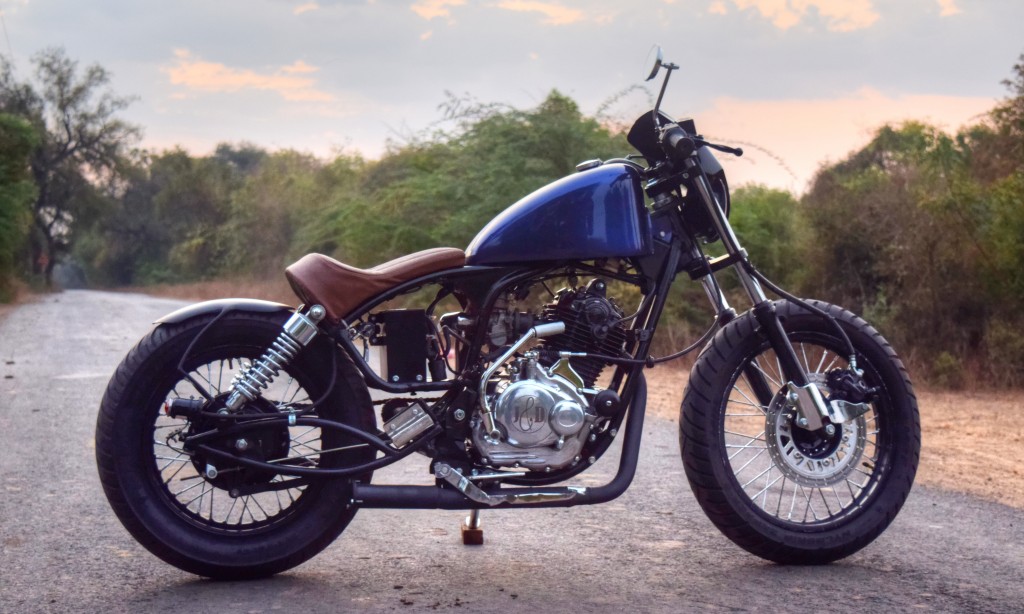 Baroda based motorcycle custom outfit J&D Custom Co. are back with their latest build – a Bajaj Pulsar 180 modified into softail bobber, christened “The Phantom”. The name was chosen by the client wanted it to be based on his favorite comic character; the hero of the jungle who always left a mark of his skull ring on the faces of baddies he punched out cold.

As the donor motorcycle was being stripped, front man Jay D. Patel was finalizing the shape of the tank and the rest of the design, before the soft-tail bobber idea came along. After fabricating the ‘peanut bobber’ tank and front portion of the frame, work started on conceptualizing the rear suspension and swing arm to achieve the desired bobber design. A few card board models depicting various, custom swing arm designs were made to visualize the overall look of the build, until the final swing arm was fabricated – an eye-shaped, twin-pipe design. 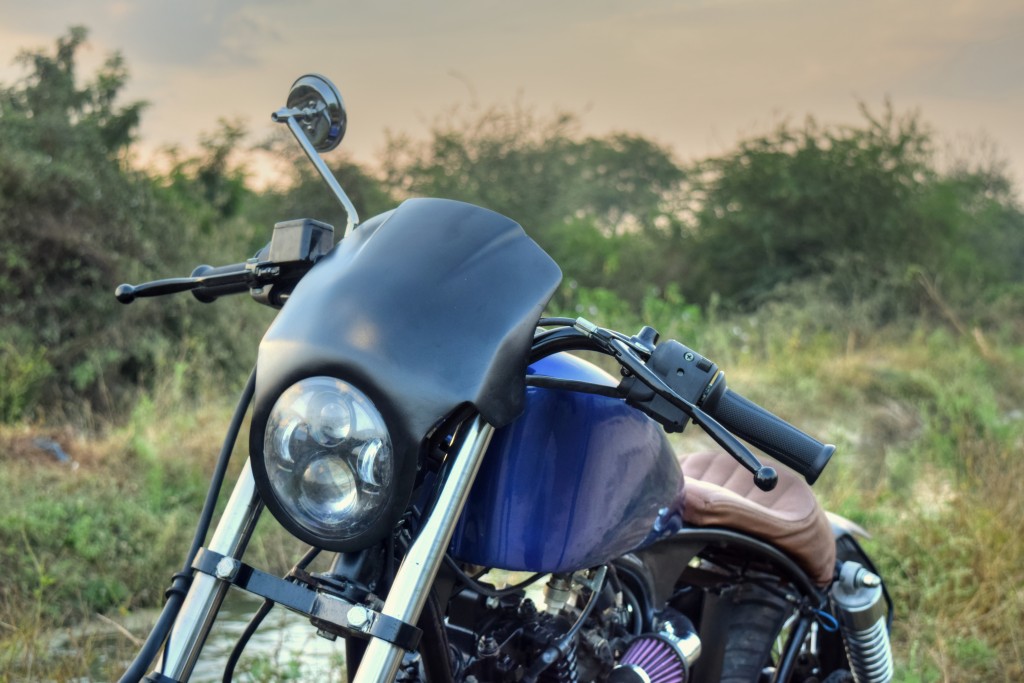 Being a sheet metal fabricator, Jay decided to give some distinctive sheet metal touches to the build, which led him to make a front headlight cowl, which was handcrafted by him from flat sheet of metal. The cowl hosts a round headlamp cluster with daytime running lights, while the wiring of bike hides below the tank. A beautiful single seat, cushioned and covered with light brown leather material with some lines stitched on it, follows the shape of the lightly modified frame. The custom handlebar is said to offer a “comfortable riding position”, while the tiny, single chrome rear view mirror is a neat touch.

The CDI and Rectifier units from the stock Bajaj bike are re-organized in metal boxes, along with the battery, and placed in the centre of frame.  Instead of opting for an after-market, K&N high performance air filter, Jay fabricated a bent pipe – made from 6 different metal pieces and chrome plate – which peeks out holding the air filter. The exhaust is handmade using glass wool packed mufflers, while the clutch cover and magnet cover get the buffing treatment. Other parts of engine got painted to black, and the clutch cover is also engraved with J&D Custom’s logo on it. 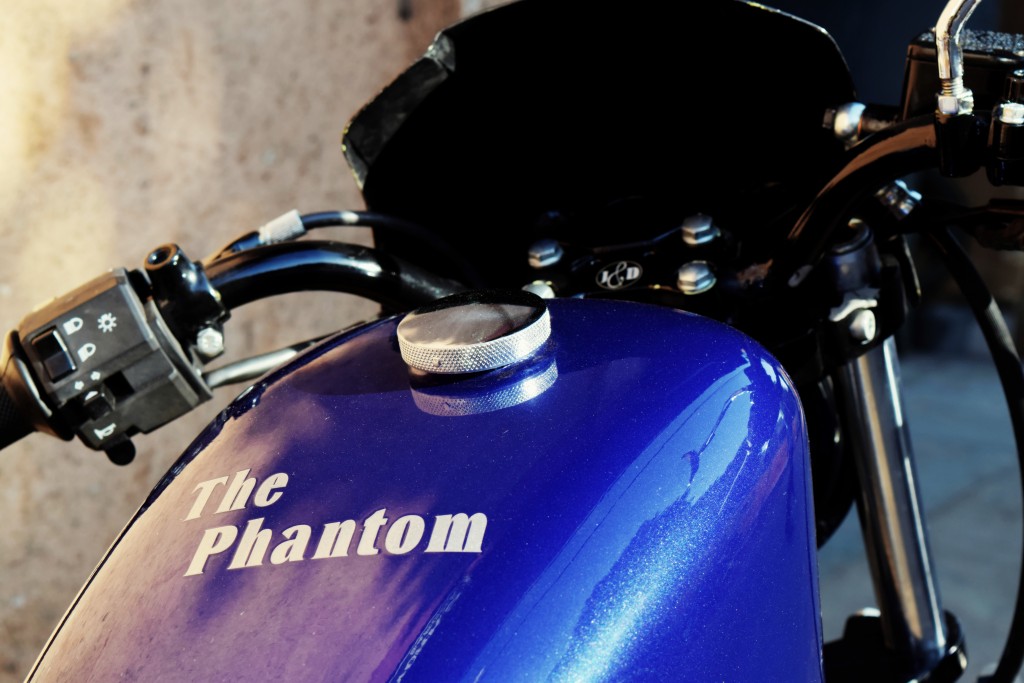 The paintjob is related to “The Phantom” character and as the American comic strip hero dons  a dark blue costume, the blue & black combination of colors was opted for, along with some shiny chrome & buffed parts. The upper portion of the tank read the name of the bike “The Phantom”.