The uniform thrum of a four cyinder engine is something special, especially when you hear it emanate from the middle of your legs. In-line four bikes also have an inherent balance and stability that is especially helpful when you look at higher capacity engines. If high speed cruising or track days are your thing, here is how you can upgrade to a four cylinder bike for the least money. 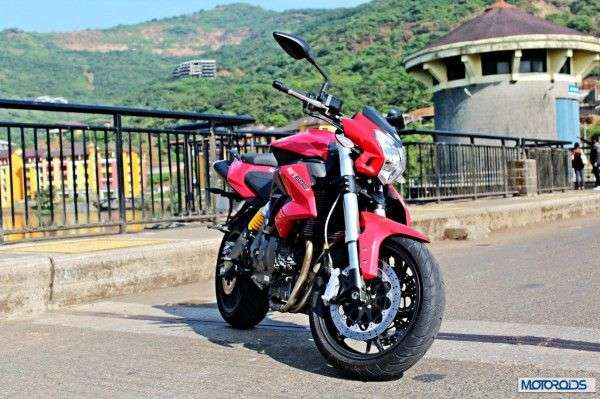 We ought to thank Benelli, really. It has consistently made an effort to bring affordable performance products to our market, complete with their sweet Italian genes. And the attention to detail is evident on the 600i. The cast alloy swingarm, the side mounted monoshock, the neat bikini fairing all lend a dynamic look to the bike, even when it is standing still.

The beautiful four-cylinder symphony produced by the 85 BHP inline-four 600cc engine finds its way out through the sexy twin triangular high-set under-seat exhausts. Performance is strong all the way up to the 11,500 RPM red line and the mild response below the 7,000 RPM mark means that it is fairly easy to ride it around the city as well. The heavy weight prevents it from being out-and-out dynamic and it prefers to take corners without a lot of aggressive lean-in, even though the Pirellis carve out sensational amounts of grip even where there isn’t any. 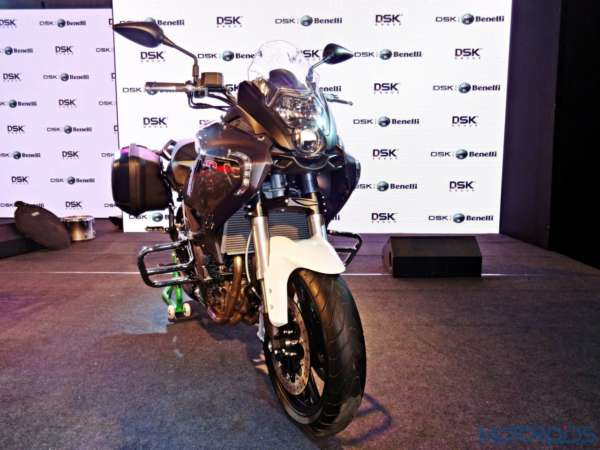 The cheapest proper grand touring bike in India, the 600GT is a very handsome machine. It carries perfect proportions and the full cladding instantly makes its intentions clear. The vertical stacked headlamps with the projector setup and the convenient detachable side panniers give it a clean mature stance which is highly practical for the purpose. The fairing mounted front indicators are another neat touch.

Even though it carries over the motor from the marginally cheaper 600i, it could not be more different in its approach. Power delivery is more relaxed now, with peak torque coming in at just 8,000 RPM. The full fairing makes it possible to exploit the motor to the fullest and cruising above 150kph is also a very comfortable affair. The upright stance and the pulled back handlebars mean that this is not the best corner carver but it does its job of mile munching astoundingly well. 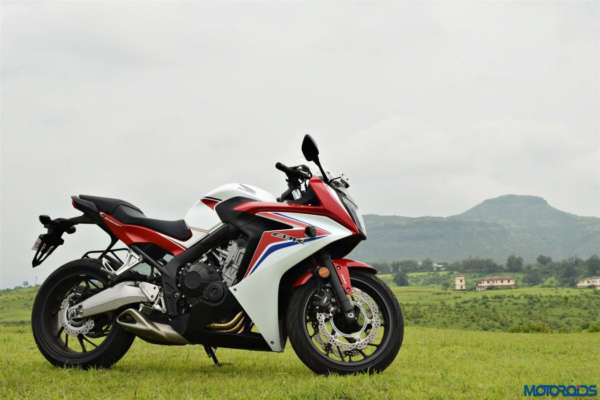 The CBR650F carries very staid and mature cuts which almost make it look un-exciting in this competitive segment, especially when compared to its twin-cylinder arch nemesis, the Kawasaki Ninja. It carries a conservative full fairing with a triangular headlamp upfront. What stands out, however, is the level of fit and finish on the bike. The twin-pod fully digital instrumentation, the clip-on handlebars and the multiple machined elements reek quality. The proportions are spot-on as well, with a tank that fits perfectly between your thighs.

The engine, however, is a charm. Featuring typical Honda refinement, the liquid-cooled 648.7cc in-line four produces 85.4 BHP and begins delivering the power right from as low as 4000 RPM. 0-100 takes merely 4.2 seconds and getting past the double-ton mark is easy. The stance allows riders to lean in for a sporty outing but at the same time, it is not too committed to prevent your occasional long-distance touring runs either.

The Sugomi design, the magnificent aggressive pinched headlamps and the Z-shape illuminated tail make the Z900 a visual stunner. The removable cowl that covers the pillion seat also neatly doubles up as a back-restraint when you are going all out. The optional integrated windscreen up front protects you from irritating wind blast without hampering the neat lines of the street-fighter look.

The engine is incredible to ride. It produces 125 BHP and 98 Nm of Torque and when mated to a short, slick shifting box, the revvy engine makes brisk progress effortless. Braking power is solid too, with dual 300mm rotors up front and a 200 mm rotor at the back. 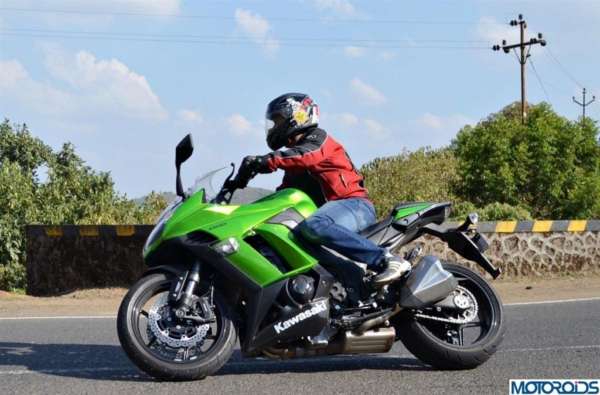 The Ninja gets an aggressive crouched stance that perfectly complements the sharp cuts on the front shroud. You instantly get a feeling of bulk that feels reassuring and makes it clear that this one means business. The tank gets sculpted recesses that give your help you wrap your legs around it tightly.

Which, with this engine, is necessary. Firing away through the immaculately carved brushed aluminium twin exhaust tips on both sides of the bike, the 1043cc inline-four puts out 140 BHP of power. The relatively comfortable riding stance means that you can haul this one for long distances at crazy speed as well. Here are some figures, 0-100 takes about 3 seconds. 100-150 takes about the similar time. And it keeps on going right until you reach the electronically restricted 250 kph top speed. The engine, however, is so refined that riding this in city traffic is also a piece of cake, making it a very practical litre-class bike.