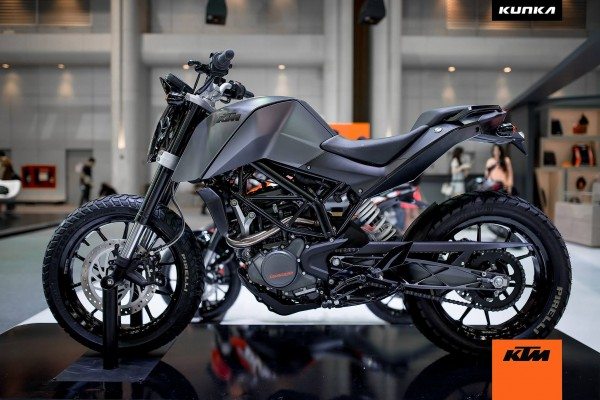 Kunka Custom Department  from Thailand went to work on a KTM Duke 200. Dressing up one with a couple of knobby tires was always a visually lucrative prospect, and that’s precisely what has been served. Even more, there’s a custom fairing which also get slapped on. called the Duke-T, it shows mud scrambling intents even standing still when showcased at the Thailand International Expo 2014. 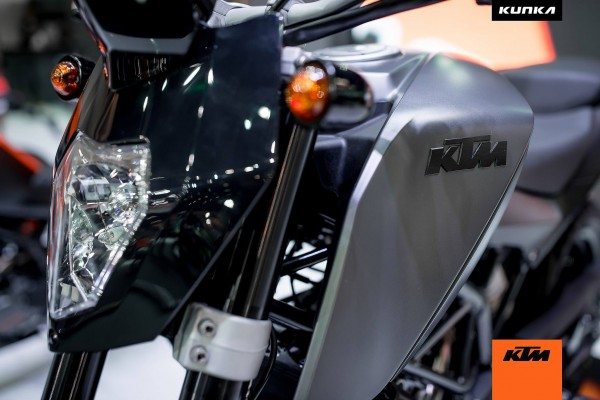 The Duke-T gets an altered, slimmer fairing that doesn’t jut out much giving it a flush fitting feel with the front forks, which stay the same along with the rest of the mechanical bits. The body-works sees a Matte Grey paint job while the structural elements including the exposed Trellis frame, the swing-arm and the wheels are smeared with jet black paint- engaging a classic visual contrast.  Compared to the stock version, the custom Duke-T misses out on the engine cowl, as well as front and rear mudguards. 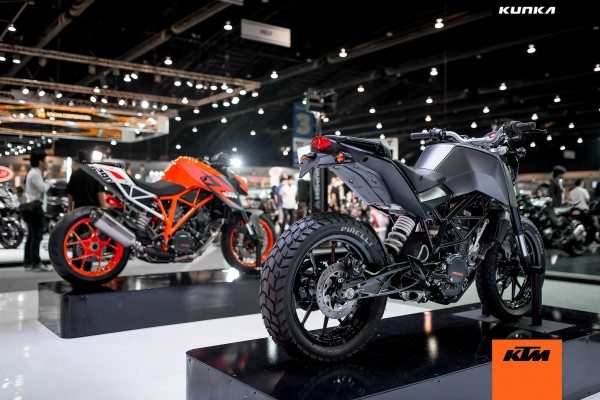 The tires, as mentioned before are the knobby, mud-slinging kinds and there was one more version on display which had wire-spoke wheels instead. There’s a new, custom under-seat exhaust on one of the versions- resulting in increased ground clearance, circular turn indicators, while the potent 199.5 cc single-cylinder liquid-cooled fuel-injected engine has been retained but Kunka hasn’t mentioned of any go-faster upgrades. 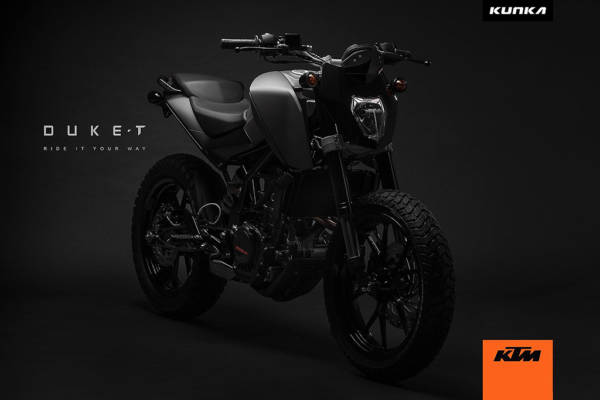 The Kunka KTM Duke-T will be offered in a couple of shades- Matte Army Green (Green Army side;pictured below) and Matte Grey (pictured here) and will set you back by  INR 4.7 lakh (!) in Thailand- yes, things are slightly expensive out there. There’s also a  limited period offer of only putting down 5,141 baht (INR 10,000) as the initial down payment, followed by a monthly installment of 19,000 baht (INR 36,000) for 48 months. 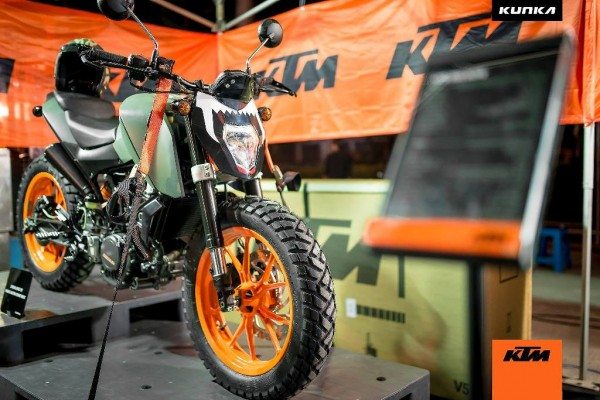