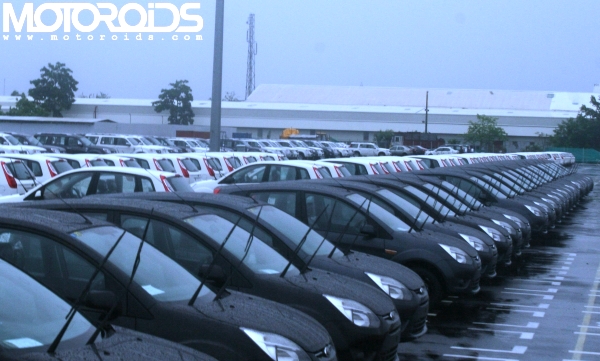 Rise in petrol prices, rising commodity prices, increasing lending rates and the sales wise ‘not-so-hot’ month of July together created a disappointing month for the car industry. The car industry showed negative growth after a period of 30 months, or two and a half years. The last time we saw such a thing happening was in January 2009 when the sales fell 3%. The sales numbers of country’s top three carmakers – Maruti, Hyundai and Tata have all taken a dip into red ink. Worst hit company was Tata Motors with the sales slumping 38% from close to 29,000 units in July 2010 to a little over 17,000 units in July 2011. Maruti and Hyundai too took a hit of 26% and 11% respectively. Ford India, which has been riding high on the success of the Figo thus far, also need to find a new volumes product to show growth, as the sales for the small car are not as strong as July last year. The company registered a 14% dip in sales.

Mahindra and Mahindra, the fourth largest carmakers, however showed robust growth and beat the street with a 35% rise. The Indian carmaker has a whole bunch of cars lined up for launch this year and that should boost its sales substantially over the months to come.

Even the carmakers which are showing good growth are managing it on the back of the fact that previous year they didn’t have any volumes models, and not because the sales of their existing models have picked up. VW and Toyota led the pack in terms of growth, recording a 151% and 99% increase in sales respectively.

Skoda Auto India was one company which showed genuine growth. The company registered a 97% increase without having introduced any new volumes models. Seems like the new Fabia is working for the company. GM India, Nissan India and Honda too showed growth. Although Honda’s growth was a meager 1%, the rest of the two companies showed 33% and 58.5% increase respectively. Here’s a detailed chart of various car companies sales performance in July 2011 as against the numbers in July 2010. You can join our Talks Section where a detailed individual report of every carmaker’s performance will be put up.