Home Features Jeremy Clarkson – Either you love him or hate him but can you ignore him? 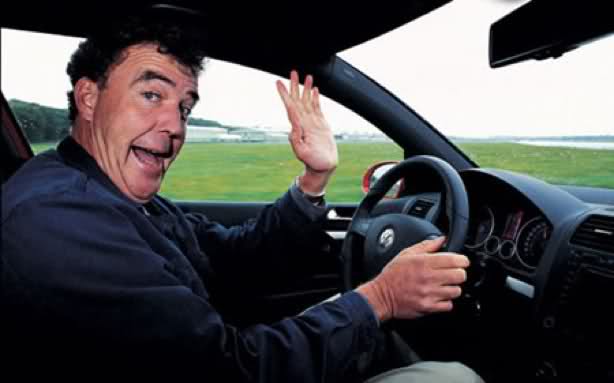 The infamous controversies of the ‘boss man’ at Topgear star keep emerging. Whether Jeremy Clarkson is right or not becomes secondary when we consider the TRP and ratings he gets. His show has a humongous fan following that spans over 170 countries in which the show is aired in. The guys that host the show get paid through the roof. Going by our sources, Clarkson makes a couple of million pounds annually. Wish we had that many readers, maybe then, us guys would be rolling in Mercs. Attempts at joking apart, the men hosting a show that has so many viewers around the world command a certain power and thus a great amount of responsibility.The controversies surrounding Jeremy Clarkson may make him seem negative to a lot of people but at the end of the day, he still is getting the publicity. As they say, no publicity is a bad publicity. Maybe its wiser to say that Clarkson has a naughty sense of humor.

In October 2009, he pulled off a three way offence. This was a part of an article in the Topgear  magazine. He wrote that some  TV producers were “fixated with having black Muslim lesbians” on their shows to balance out the number of white heterosexual males.

In February 2009 he reached all the way till the Prime Minister of Britain – Gordon Brown. This time, Mr. Clarkson called his country’s prime minister, , “a one-eyed Scottish idiot.” Not exactly going to win him medals among the members of the Government or the people of Scotland. He corrected himself by saying that he was only referring to Brown’s appearance.

The Germans were angry with him back in 2005. He was testing a Bimmer and said that one of its cars would have a navigation system that “only goes to Poland” which refers to the Nazi regime and World War II.

In 2007, he called the Perodua Kelisa , ”the worst car in the world”. The car was then shown, smashed by a sledge hammer, blown up and that its name resembled a disease. He concluded by saying, the car was manufactured “by jungle people who wear leaves as shoes”.

In 2010 when he was describing a Ferrari, he said that the car was “a simpleton” and Ferrari should have called it “the 430 Special needs”. He had to face the wrath of the National Autistic Society.

In Febraury  2011, the BBC literally apologized to the Mexican ambassador after the Top Gear team made strong  comments about Mexicans. Richard Hammond comapred their cars to their people “a lazy, feckless, flatulent oaf with a moustache leaning against a fence asleep”.

Clarkson replied by saying that having said that won’t affect their entry into Mexico since “at the Mexican embassy, the ambassador is going to be sitting there with a remote control like this [snores]. They won’t complain, it’s fine.” The ambassador was probably sitting with a remote, saw this and he was definitely awake. The Mexican government demanded a formal apology and the viewers said that the set of comments were – derogatory, cruel, xenophobic, discriminatory and racist.

Well, youtube definitely has a lot of viewers on this derogatory, cruel, xenophobic, discriminatory and racist episode and that is the part we at Motoroids are looking at. Although Jeremy Clarkson seems mean and arrogant in the public eye, his job is getting people to watch the show and make an impact. He is most certainly doing that and making news for it. We can’t pass a judgment on the subject but this whole scenario makes us think about what really matters. Is it worth risking one’s reputation just to make a fun or interesting episode? At the end of the day, one fact remains – Topgear is one of the most (if not the most) popular car show in the world.