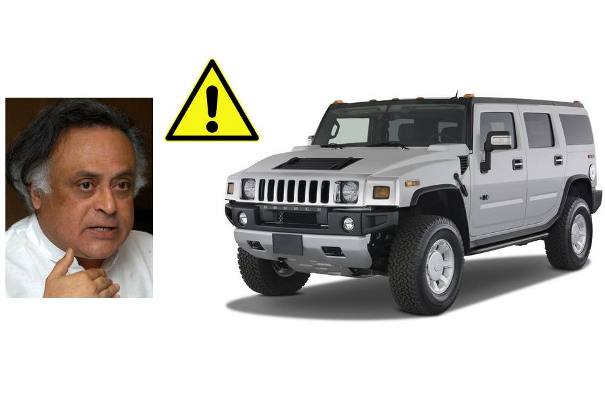 Our environment minister Jairam Ramesh thinks that the use of SUVs in a country like India is ‘criminal’. According to him, diesel is subsidized primarily for the farmers, and not for owners of SUVs who not only burn the precious fuel with disdain, but also cause damage to the environment in the process. While the essential thought, about curbing indiscriminate wastage of fuel (not just diesel) and controlling emissions is welcome, targeting SUVs in particular without substantiating the argument with data is not right.
We can take this debate into the contentious region where arguments are put forward for and against the fuel efficiency and environment friendliness of diesel and petrol vehicles. But we’ll stay away from the topic at this point, as Mr Ramesh’s is targeting SUVs (not fuel type) in particular. We’ll keep the petrol VS diesel debate for later and talk only about the hideousness of the ‘crime’ that SUV owners according to Mr. Ramesh commit.
There are certain vices that an SUV brings along, without any element of doubt. They are big, occupy more space in parking lots, and generally represent ostentatious behavior if meant for transporting one or two individuals. However, they make sense for large families where 4-7 members travel in a group, not only providing more comfort and safety, but also helping save fuel. But Mr. Ramesh is clearly not discussing those aspects. According to him, SUVs burn more fuel and are a bigger source of pollution than vehicles with other body types.
However, to say that an SUV, only by virtue of its body type is a guzzler or a polluter is definitely not justified. Your vehicle’s carbon footprint, more than its body type (or in some cases, even the size of the engine) depends on the kind of engine that’s running under the bonnet. Some of the large modern engines these days offer better fuel efficiency and lesser emissions than their smaller counterparts. Also, car with a hatchback or saloon body type may be fitted with an engine which is bigger, more inefficient and more polluting than those found in an SUV. I won’t blabber too much, and try to explain my point with a simple example.
https://www.vcacarfueldata.org.uk/ved/ is UK government’s website for its citizens to select a car model and find out the emissions, to calculate the tax bracket it will fall in. In concurrence with what I am trying to say here (and what Mr. Ramesh is probably not), the UK Government doesn’t charge extra tax from you, or give you a discount based on your car’s body type. It instead calculates the emissions of your vehicle and calculates tax accordingly. Now the charges for petrol and diesel vehicles may be different, taking into consideration the additional NOX and particulate emissions by diesel engine, but body type is definitely not a point of bias. Here is an example of SUV VS Sedan emissions for two different models of BMW.

As you can see, the BMW 5-series, which is essentially a sedan pollutes the environment more (169g/km) (bigger engine) than the X3 (149g/km) and hence falls into a higher tax category.
I hope I have made my point sufficiently clear here. Just blaming the SUV owners of being ‘criminals’ is not fair without knowing whether their vehicles are ACTUALLY more polluting. The government should first make it compulsory for all vehicles to undergo an emissions certification test during the homologation process at ARAI, and rob the owners of vehicles with higher emissions of the diesel subsidy (if they really have to) based on the slabs decided after proper research.

Also, if diesel subsidy is such a big problem for the Indian government (which by the way doesn’t as much as squeak when its own machinery, from the ministers to the babus siphon lakhs of crores of rupees from the system), then they should remove the subsidy across the board for car owners. We really think that our government would be happier opting for this route, as it would save them the effort, something that they never want to put into anything (save for finding new ways to rob us of our hard earned tax). Waking up from your sleep one fine day and deciding that SUV owners are criminals is not done, Mr. Minister.
Readers, do let us know your views on the subject. We would really, really want to hear the opinion of auto enthusiasts like you and let the voice be heard, even though we can bet our heads on the improbability of any action.