Ashish Gupta, Investment Banker by profession and motorsport enthusiast by choice, is a veteran rallyist and has acclaimed the Raid de Himalaya and Desert Storm rallies. He formed Cougar Motorsport to promote motorsports among the owners of high end luxury cars and SUV’s. Dhairya Gupta of Motoroids got a chance to interview him at the flag-off of Desert Dash, the inaugural event of the club. Here are few excerpts from the  interview: 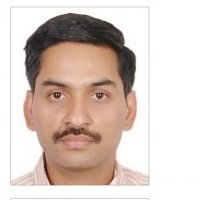 Dhairya: Congratulations Ashish for the successful flag off!

Ashish: Thanks Dhairya. Now just hoping that all goes well.

Dhairya: Can you throw some light on the route which would be covered?

Ashish: We wanted to go through areas which were not frequented by tourists to avoid traffic and also find opportunities for off roading. North Rajasthan is often ignored by many tourists but offers beautiful vistas with sand dunes and beautiful landscapes. First night will be at Kuchaman Fort, about 110 Kms from Jaipur. The next day we will pass through the Sambhar lake which will provide us with some off- roading opportunities and reach Bikaner. Third Day, the rally will go from Bikaner to Khimsar Fort and this day will put us through the toughest off roading terrain. Fourth and final day of the rally will end at Amnabad Fort in Ajmer. It will be followed by Rally ball and prize distribution ceremony. Participants, here will also get a chance to mingle, network and unwind.

Dhairya: Having won extreme rallies yourself, do you plan to take this rally to the next level in terms of difficulty?

Ashish: No. There are already many events like the Raid and Desert Strom where hardcore enthusiast can participate. We want to provide an opportunity to high level executives, who do not have time to prep cars and prepare for extreme rallies, to participate in motorsport and be able to meet other enthusiasts. However we will provide guidance and support to rally enthusiasts and participants but will not organize an event around that.

Dhairya: With Superbikes and other luxury motorcycles like Harley coming into India, do you plan to include those in events in the future?

Ashish: Motorcycles need very different logistics. Also when it comes to motorcycles, we would like people who are skilled; as last thing we want is a someone who does not know how to ride a 1000 cc bike falling down during the event. However, when touring motorcycles like KTM will come in, we might think about it.

Dhairya: How many events are planned in a calendar year?

Ashish: At the moment we will have two events each year – one in the deserts during winters and another one in the summers where we will go to the mighty Himalayas.