***The following content contains text which has not been edited by any of the team members at Motoroids. Views and words mentioned belong to the author alone, who happens to be one of our readers.***

This time it didn’t start with a phone call!

During our Durshet meet-up somewhere in Mid June this year, Karan Vazirani – our group admin and main organiser – informed everyone that a monsoon drive would be organised in July which would be partially sponsored by Ford for 20 Ecosports. There was a certain excitement in the air and the members assembled in Durshet had signed up for the overnight drive without a second thought. 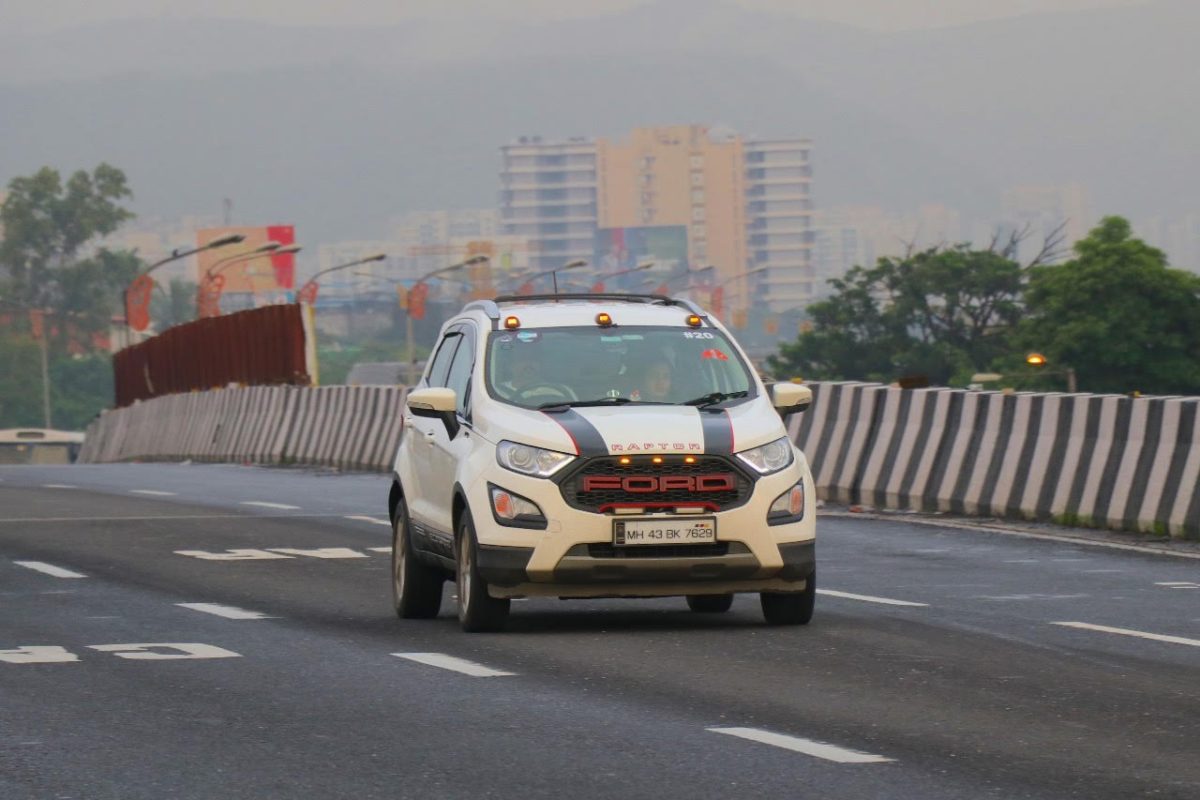 Dates were announced as 13-14 July and the venue was going to be Panchgani. The admin team – Karan, Nikhil and Parag started working on the logistics of the drive. 20 Ecosports had confirmed their participation and an approximate count was logged in considering families and friends were more than welcome. After much deliberation, Blue County, Panchgani was finalised as the venue as it had the required parking arrangements along with the usual resort must-haves – swimming pool, recreational activities, food etc. 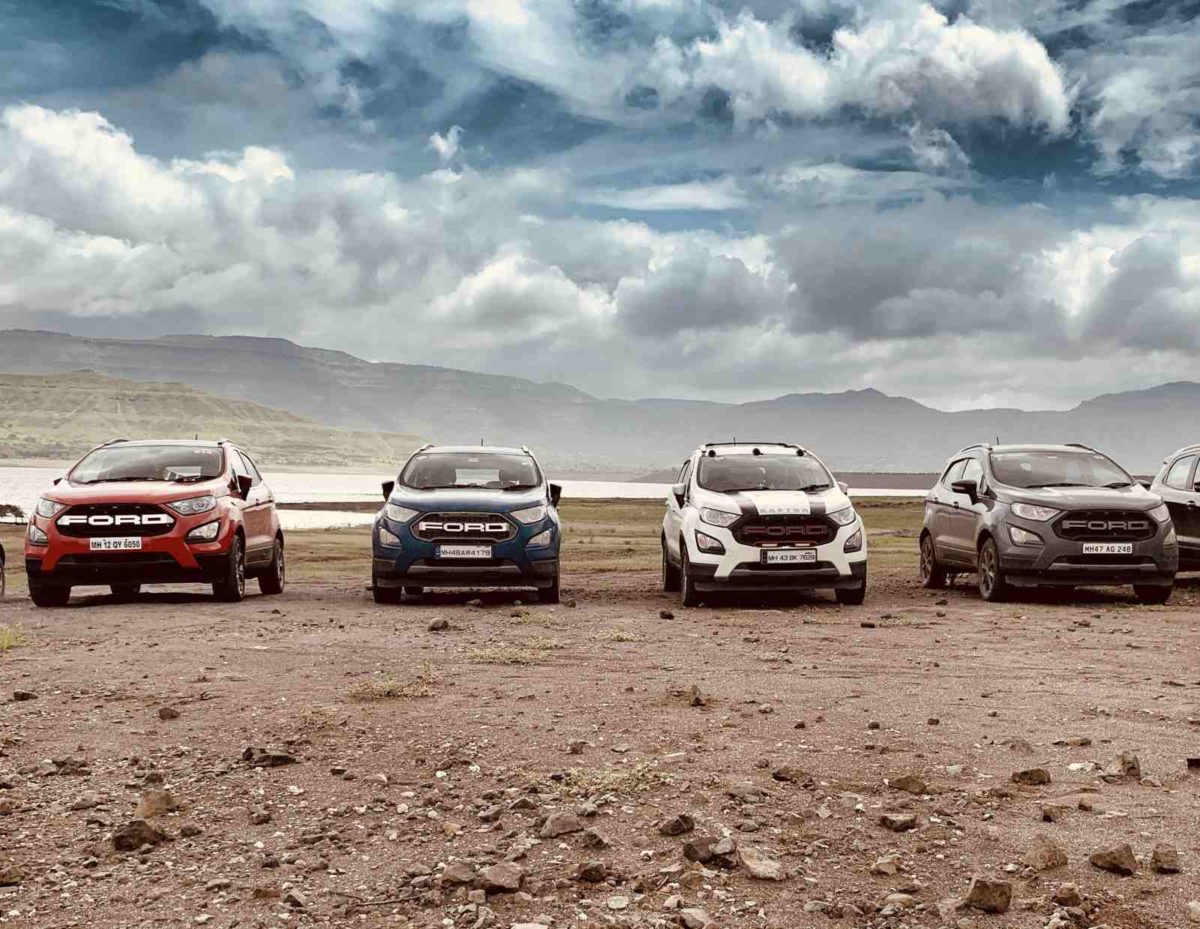 Days were ticking by waiting for the drive and the group members were having endless discussions. Nobody was being judged for asking the silliest of questions, nobody was being admonished for asking too many questions but in fact, people were being encouraged to talk and talk about the upcoming drive like there is no tomorrow. ‘Family wali feeling’ – The Ford tagline was supremely shared among the group members and this extended family earnestly awaited the D day. 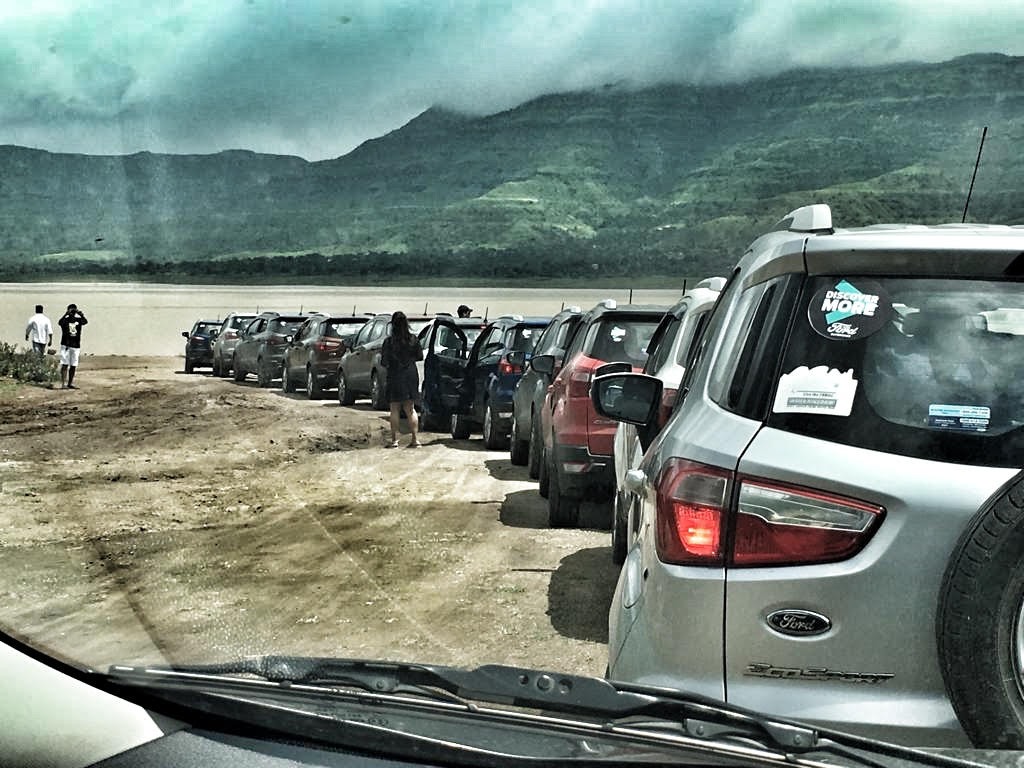 An event of this magnitude calls for proper media coverage and we were super excited to hear that a full-fledged Ford media team would accompany us in the drive. That meant an addition of one more Ecosport for the media crew and that translated into 21 Ecosports ruling the road pretty soon! We had 14 Ecosports from Mumbai plus the media car and 6 from Pune – total 21 beauties all ready for the drive.

D day had arrived – 13th July 2019 morning – it was 5.30 am at Palm beach road at Vashi – that was the first assembly point. It was amazing to see the enthusiasm of the families, kids that had turned up pretty much on time after waking up at unearthly hours. It was great to see everyone smiling and laughing so early in the morning even before the sun was up. Some phone calls, few messages later11 cars were ready to start at 6.15 am for the next meeting point at Kalamboli at the start of the expressway where 3 more cars were to join from Ambernath. We were ready to rock and roll at 6.30am. The Pune guys were supposed to catch up at around 7.30 am for breakfast in Pune itself and meet the Mumbai people at around 9.30 am at a meeting point after the Khed Shivapur toll. 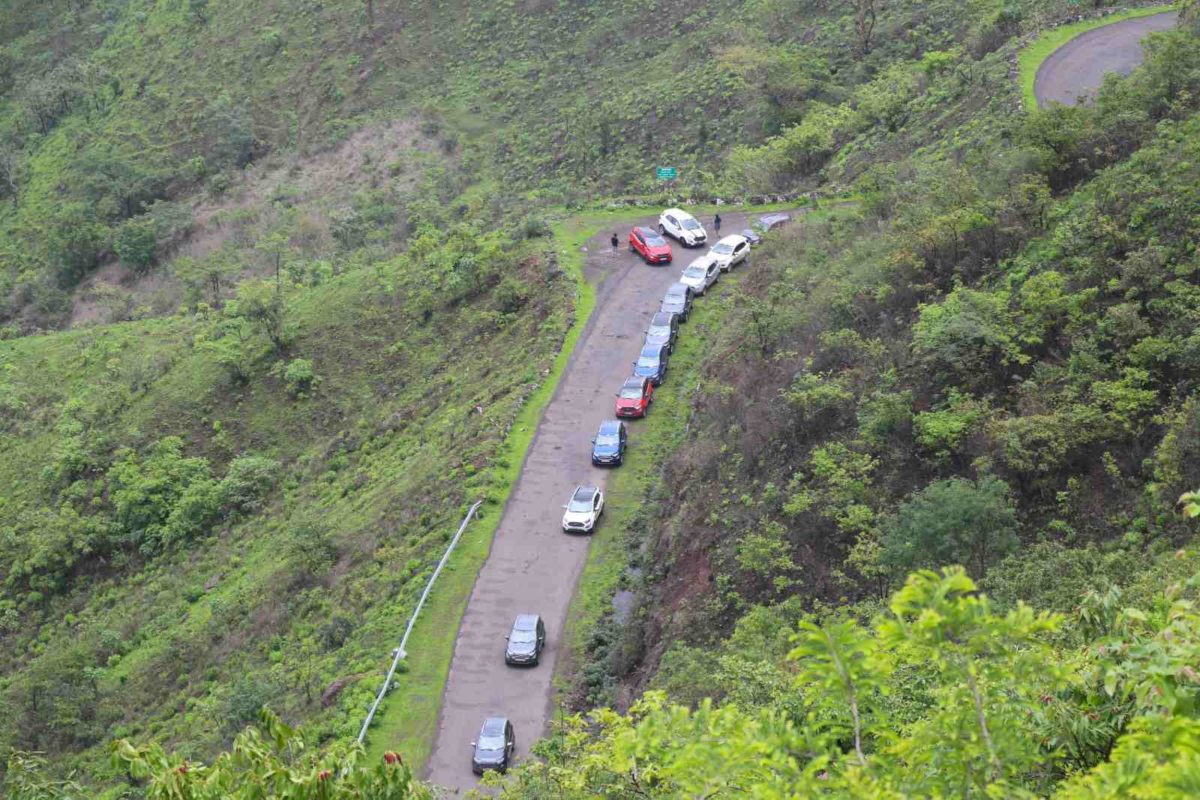 The expressway drive was amazing, to say the least. Nikhil Nair was the lead driver and all the other cars followed him in a single line convoy sticking to the middle lane as much as the possible. The weather was a dream, it was drizzling on and off, adding to the mystery, the greenery was enthralling and the traffic non-existent as the 14 gentle beauties glided stealthily on the tarmac. There was not much traffic in the Lonavla ghat and they were able to maintain the convoy almost end to end. 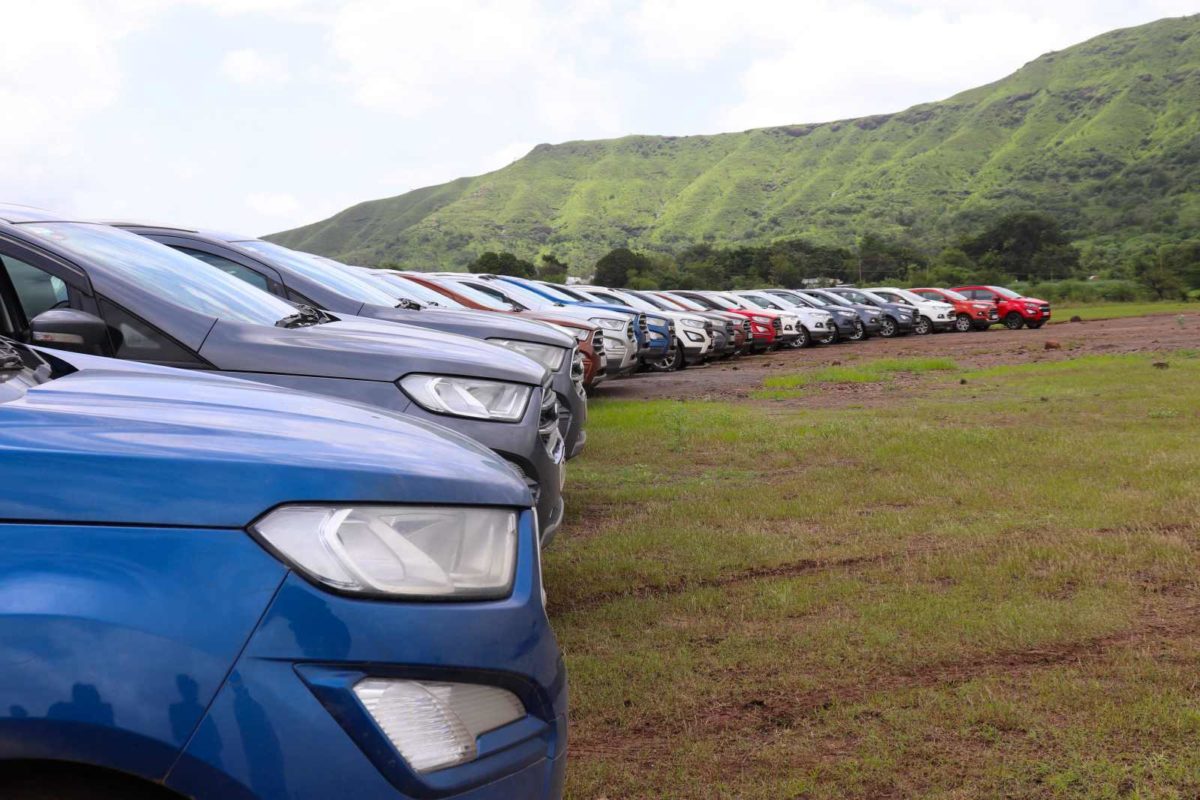 Breakfast for Mumbai team was at the food mall post-Talegaon toll at 8.30 am. And boy were they hungry. Breakfast was devoured in a jiffy! The Pune team was eagerly waiting for them at the designated point. And finally when they reached the Khed Shivapur assembly point what as sight it was. 20 Ecosports together with various hues and colours but with a common denominator – Ford!!

The Ford media team had notified us that we won’t be taking the conventional route to Panchganibut rather we would be taking the traffic friendly and super scenic Sarola – Bhor – Mandhardev ghat route via Wai onwards to Panchgani. And what a drive it was – Amazing weather, negligible traffic,butter-smooth roads, light drizzle and the 20 gentle beauties in unison. We stopped at various locations for numerous photo ops and the media team diligently captured us with everything they got – drones videos, drone pics etc. Meanwhile, the members had started their own photo session of the Ecosports as well. Post the photo session it was time to head to the resort in Panchgani which was almost one hour drive away via Wai. It was time to descend the ghat, time to be gentle on the curves and hug the roads effortlessly which was fairly easy considering Ecosport has the best dynamics and handling cutting across various segments. 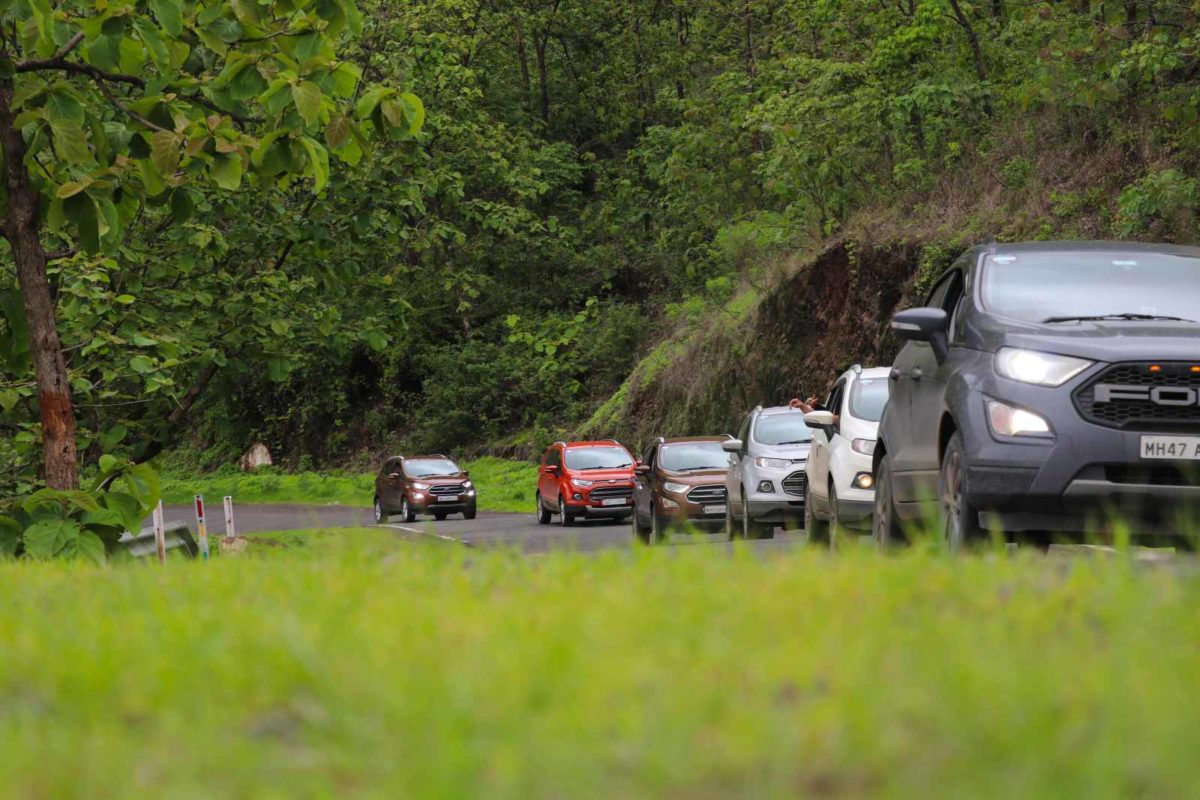 We reached the resort at around 2.30 pm, parked our magnificent machines in the parking lot and quickly proceeded for lunch after freshening up a bit. The food was amazing and everyone then retreated to their rooms for a much deserved afternoon siesta. In the evening the media team had requested us for some video bytes and what a heartening sight it was to see people talk and smile in front of the camera. It was getting dark quickly and the weather was getting chilly but our energy was high. The resort had arranged a small get together for us in a party hall with music and a DJ. There was some dancing involved along with the nice dinner and some refreshments. Everyone had a gala time and at the end, we cut a cake that was specially bought by Hemant all the way from Pune! It was time to call it a night but these guys wanted to enjoy the weather over some serious car discussion – amen! 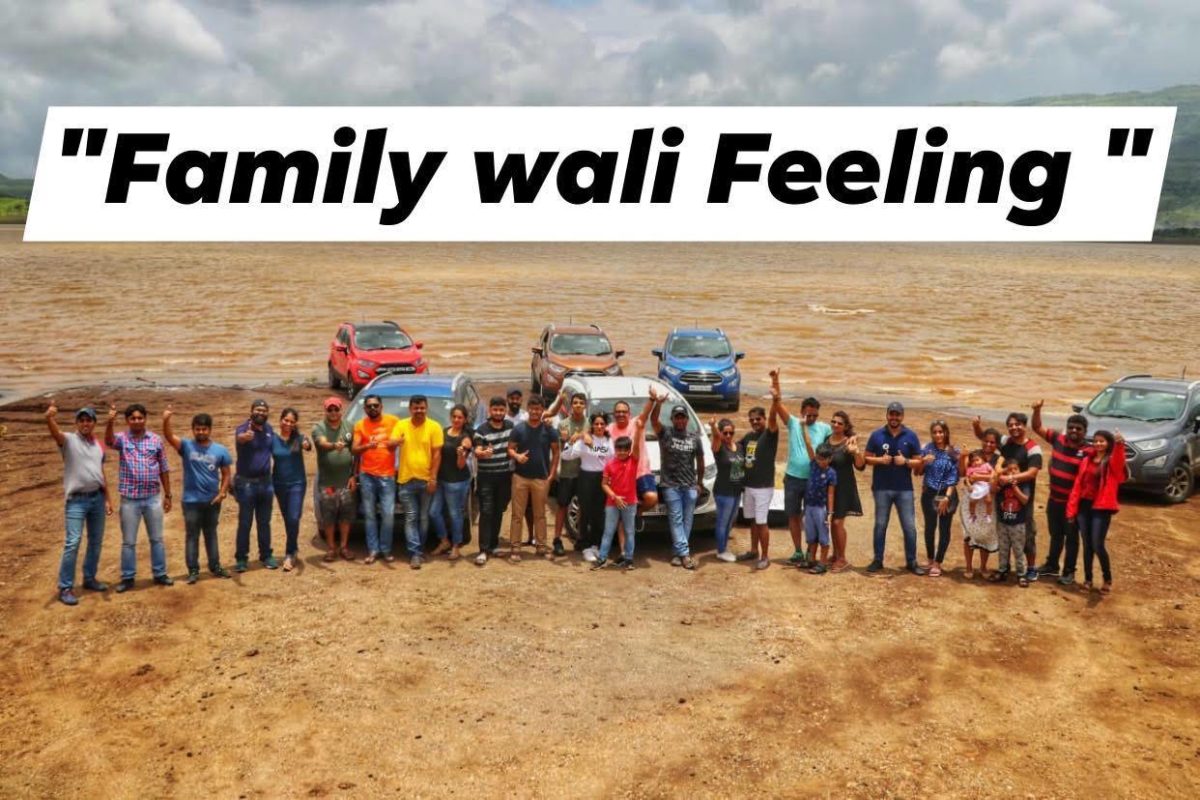 Next day – Sunday we had planned a drive post-breakfast, to the Dhom lake near Wai. The place was amazing, the lake was glistening and so were our Ecosports lined in for an epic photoshoot near its banks. The pictures and the videos captured were breathtaking, to say the least, and the weather kept us company. Rains paused while we clicked away to glory and nobody wanted to leave that amazing location. We spent nearly two hours clicking and interacting before we left for home – Pune and Mumbai. There was a brief stop before Pune for lunch before we parted ways and headed for home sweet home. Everyone messaged once they reached home late evening, but no one wanted the trip and the memories to end. We have been sharing pictures and videos in the group since then and we were living and reliving it still as we speak.