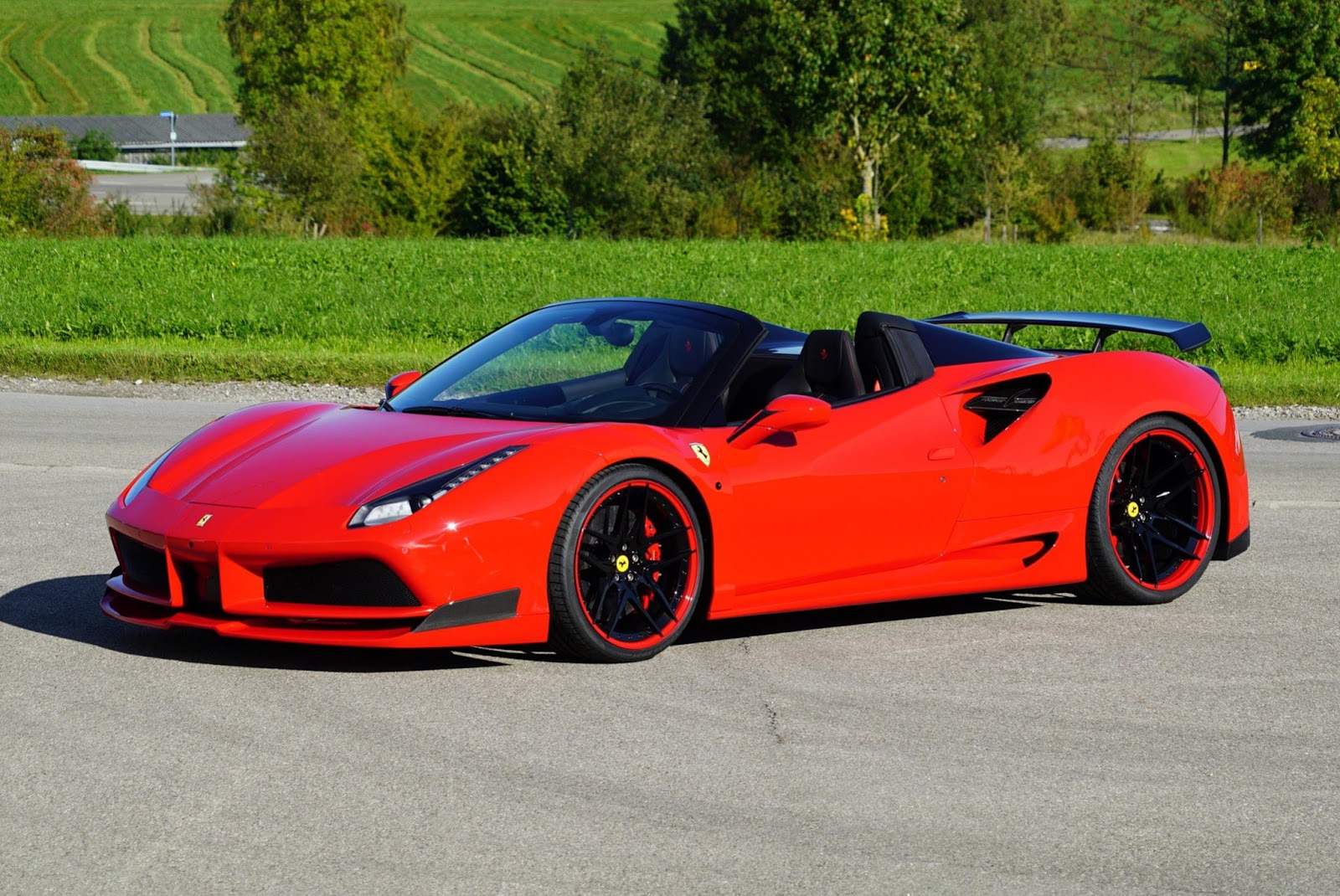 Improving beyond perfection seems like an impossible task for some, but not for the team of Novitec Group. They look for even the smallest possibility for improving an already perfect machine, such as the menacing Ferrari 488 Spider, and create an even more insane iteration of it, the N-Largo 488 Spider. 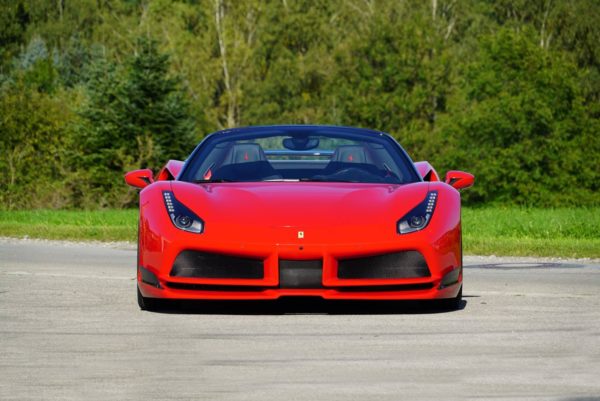 The Ferrari 488 Spider gets a performance and visual overhaul. Just like the previously reworked version of the 488 coupe, the N-largo Spider sports an aggressive attire with the newly fitted bespoke body kit. The front and rear bumpers get a redesigned splitter and rear diffuser respectively along with flared wheel arches and sleek side skirts. To aid the efficiency of the cooling system, air vents have been provided along the contours of the wheel arches to increase the flow of cool air significantly. A full carbon fibre wing is also fitted with the boot of the Ferrari 488 to help it in generating required downforce at high speeds. 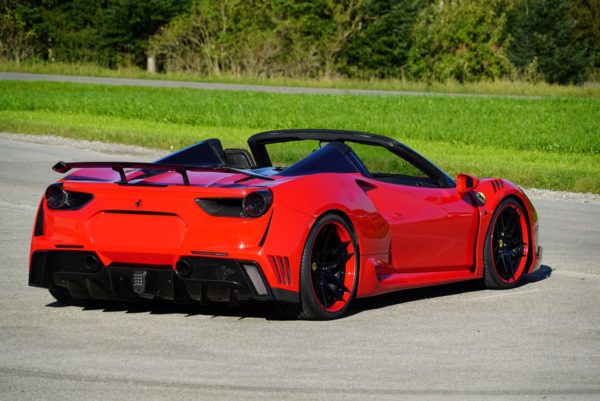 Speaking about the fine-tuning done under the hood of the Ferrari 488 Spider, the N-Largo tuning package provides a significant boost in both power and torque. The number of horses has now been increased from 661 bhp to 772 bhp. Meanwhile, resultant torque output also gets a spike to 892 Nm from 760 Nm available in the standard 488. All this under-the-hood madness makes the overhauled 488 Spider achieve a 0-100 kmph sprint time of 2.8 seconds, two-tenths of a second quicker than its stock version. Top speed of this two-seater convertible now stands at a staggering 342 kmph. The aerodynamic improvements for this machine, thanks to the newly fitted body kit, is said to offer more stability at high speeds and reduced lift. 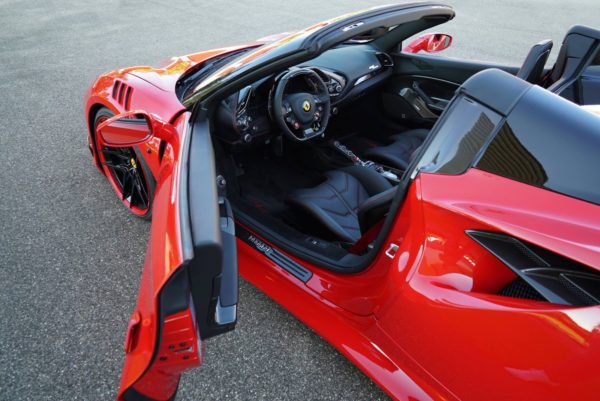 There is no specific mention for the price tag that the N-Largo 488 Spider will carry, but considering Novitec’s plans to only produce 11 units in total of the Spyder, we expect a good blow to the Ferrari 488 Spyder’s owners, if at all they wish to get their Prancing Horse a spec bump.