Being India’s only lady paraplegic biker who also holds a Limca record for her biking feat, Deepa Malik doesn’t rest on her laurels. Instead she is always eager to lead the biking community at awareness rides. 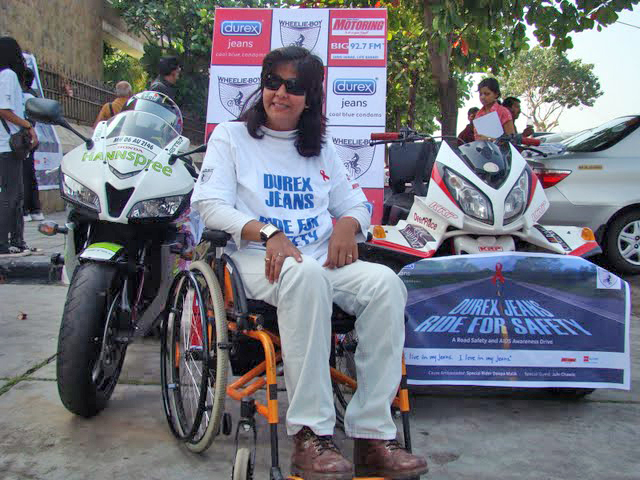 We bikers never wait for an auspicious moment to start cribbing about how our financial state is preventing us from buying a proper bike. We continually crib about the lack of good biking roads and bitch about being stuck in a pathetic 9am-6pm job which prevents us from attaining biking glory.  Once done with it, we occasionally fling a leg over our motorcycles and ride away without acknowledging that we are very lucky to be able to do so. Here is the story of a special lady biker who hasn’t allowed life’s adversity to prevent her from riding away to glory.

Deepa Malik’s first interaction with motorcycles started with riding the ones which belonged to her cousin’s. In those days (1985-87) motorcycles were not a kid’s commodity and it was difficult to convince an elderly person in the family to teach you how to ride one. Quite often she would quench her biking thirst by stealing and riding her dad’s Vespa scooter when he was not there at home.  When she started attending college, her brother joined the National Defence Academy while her dad who was serving in the Army got a field posting.

With Deepa and her mom left alone, to manage the house, she got permission to ride the scooter to bring groceries from the market and to do other household chores. Her face displays a glow that no cosmetic product can create, upon recalling those days when she used to wear jeans and ride two-wheelers of her friends and college buddies. She frankly admits that by doing so her character came under the scanner of the ‘old school’ mindset prevalent in those days. 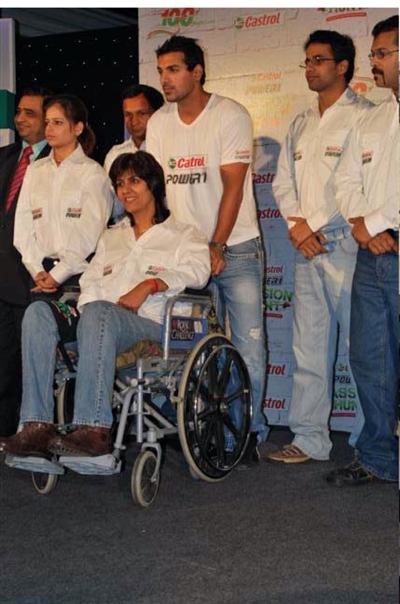 After graduating in 88, she got married to Col Bikram Malik. It was a love marriage with an underlying agreement that the Colonel would gift a motorcycle to Deepa if she married him! She proudly says that she decided to get married to Bikram because he could ride a motorcycle flawlessly.  She got a Bajaj RTZ as a gift on her marriage day. The bike is in mint condition even today.  Since her childhood days Deepa had a passion for living a life on wheels.  However, an unfortunate medical condition permanently restricted her life on a wheel chair.

Deepa got affected by a repetitive spinal chord tumour in 1977. She suffered from another attack in 1995 and became paralysed waist below in 1999. She still carries 182 stitches between her seven vertebrates. After being discharged from the hospital it struck Deepa that her motorcycling days were over. During a casual conversation, a friend informed her about four-wheeled all terrain vehicles. Elated with the possibility of being able to ride again she surfed the internet for the photos of a few ATV’S and also saw a couple of videos on You Tube.

Deepa realized that she could re-live her biking days by procuring an ATV and riding it. The major hassle was in buying one, for she couldn’t afford the steep price tag of an ATV. She barged into the office of Mid-day newspaper requesting the editor to print an appeal in the newspaper that a paraplegic woman wants someone to sponsor an ATV. Her appeal got read by Dr. Vijay Mallya who took her under the Royal Challenge brand. She approached Kaulson Racing Products in New Delhi who designed and built a customized ATV for her. Since then Deepa Malik has been an active participant at all bike rallies and awareness rides that help promote social causes. 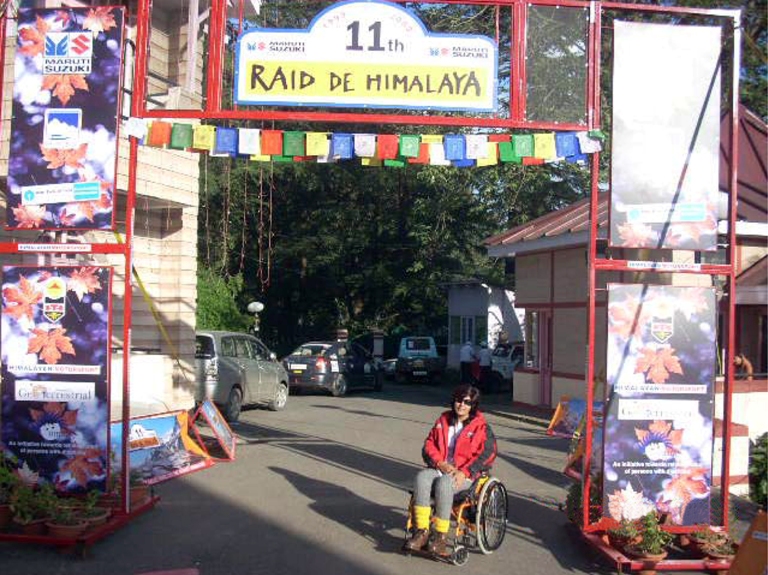 In 2009, she rode her ATV from Nashik to Trimbakeshwar and back covering a total distance of 58 kilometers. It earned her a place in the Limca Book of records. Apart from being an avid rider, Deepa is an active sportsperson and has represented India at the international event.  In 2007, she won a silver medal in backstroke swimming at the FESPIC games. She recently won a bronze medal in shotput at the IWAS world games held last month and has also qualified for the 2010 Common Wealth Games.

She also holds a Limca record for having successfully swam the Yamuna River that too against the flow of current.  She also navigated at the 2009 Raid De Himalaya in Adventure Trial category. An accident prevented their team from claiming pole position but she has vowed to compete again in 2011. Deepa was also honored as true Roadie on Roadies 5.0 by MTV and the participants of the show. She also runs her own restaurant in Ahmednagar, called ‘Dee’s place’ where she currently resides. 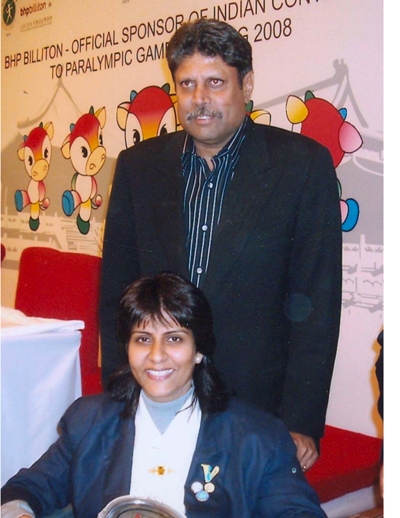 Inspite of being confined to a wheelchair for the past ten years, she has achieved more biking records, sports medals, and participated actively in rallies/awareness rides for social causes than us mere mortals who call ourselves bikers. One question that would be popping up in everyone’s mind upon reading this feature is what motivates Deepa to ride down the biking trail. The lady plainly admits that it was painful for her to believe that in a country with a population of over one billion there was no role model for physically challenged people. She decided to become one.

Deepa Malik is a selfless human being who is always ready to do something for the biking community. Dudes and Dudettes, she is a true biker personality and her lively spirit is something that any self proclaimed biker should emulate! By the way, she also believes that true bikers are always good human beings. Hmm, bikers will never disagree to that!  Next time you spot Deepa and ask her to give you ride; the chances of her saying yes will be 100% if you take along a specially modified chopper with two wheels at the rear and a reverse gear.