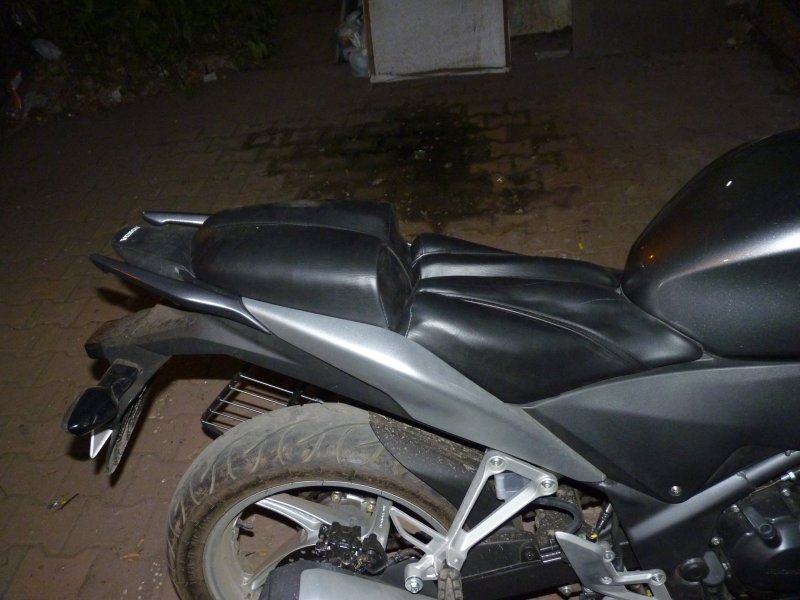 The Flying Doctor is at it again. After replacing every imaginable part of his Hero Honda Karizma with things that suited his touring style better, Arnob, our very own touring specialist is now putting his brand new CBR250R under the scalpel.

To start with he is replacing the seat with a wider, and softer version with much more cushion and padding than on stock. You can be sure that this whole machine is going to look like a different model altogether in a matter of weeks from now. Here’s what the Doc has to say as he begin performing a major surgery of the CBR. More pictures and discussions about the bike on Motoroids Talks

“Better padded seat, with channel to allow some ventilation under the butt.

Made using medium density (recycled sheet) about 1″ thick, topped with strips of low density (soft ) foam about 1″ thick. The foam pics were taken before final finishing and shaping. After using it, a small wedge was cut out of the medium density foam right at the end to improve the feel when sitting right back. The sightly increased width in front means that even if you slide slightly in front, the seat is supportive.