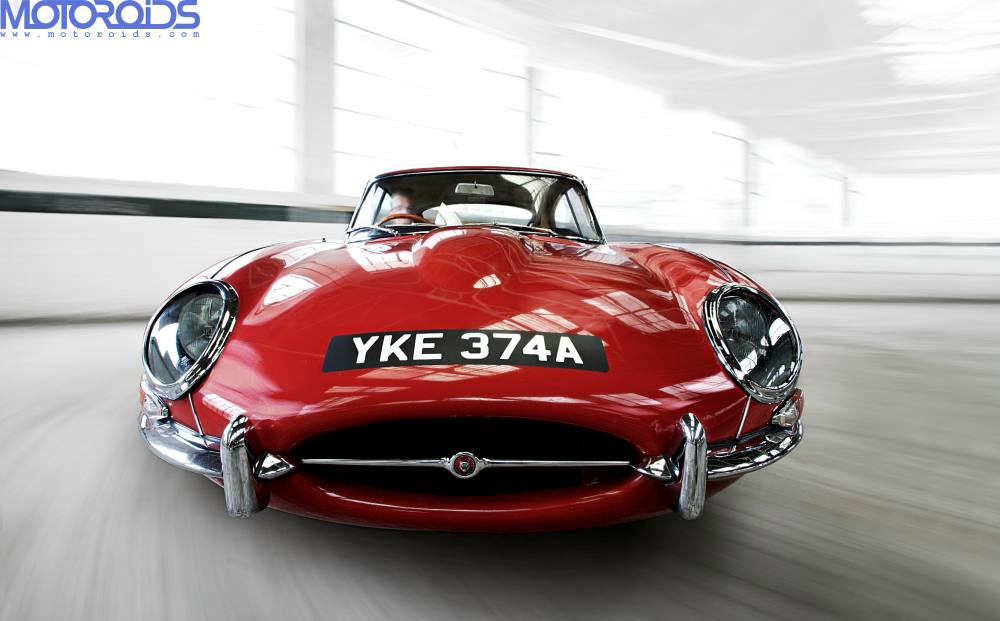 The year 2011 marks the 50th anniversary of the Jaguar E-type, and the company is ready with a bottle of champagne and a cake. To celebrate the 50th birthday of one of the most famous and desirable cars ever, Jaguar will be celebrating with some high-profile motoring events throughout 2011.

The celebrations will begin at the 2011 Geneva Motor Show, where the car was originally unveiled in the year 1961. The celebrations will then continue at this year’s Goodwood Revival and Festival of Speed, the Pebble Beach Concours d’Elegance, the Nurburgring Old Timer Grand Prix and a host of Jaguar customer, dealer and lifestyle events worldwide.

The E-type has been unequivocally considered one of most well designed automobiles in the automotive circles. No wonder, it’s kept as an exhibit in New York’s Museum of Modern Art. Yes, art, not technology.

Launched in 1961, the car was considered a fine blend of performance, comfort, cutting-edge technology and award-winning design.  The car was on sale for the next 14 years.

“Half a century of progress has not diminished the significance of the E-Type,” said Mike O’Driscoll, Managing Director Jaguar Cars and Chairman Jaguar Heritage.  “It was a sensation when it was launched, and remains Jaguar’s most enduring and iconic symbol. The E-Type is simply one of the most exciting cars ever created and a legacy to the genius of Jaguar’s founder, Sir William Lyons.”
E-Type owners included celebrities such as George Best, Brigitte Bardot, Tony Curtis and Steve McQueen and the sports car became as synonymous with the Swinging Sixties as the Beatles and the mini skirt.

“It is impossible to overstate the impact the E-Type had when it was unveiled in 1961,” said Ian Callum, Jaguar Design Director. “Here was a car that encapsulated the spirit of the revolutionary era it came to symbolise.  The E-Type is a design that even today continues to inform the work we do in styling the Jaguars of the future.”

•         The E-Type was presented to the world’s press at the restaurant du Parc des Eaux Vives in Geneva on 15th March 1961. Such was the media excitement and clamour for demonstration runs up a nearby hillclimb that Jaguar founder Sir William Lyons instructed chief test driver Norman Dewis to drive through the night from Coventry to bring another model to Switzerland.

•         The E-Type’s perfectly proportioned bodywork was the work of Malcolm Sayer, an aeronautical engineer by training who also applied his aerodynamic expertise in shaping the earlier Le Mans-winning C and D-Type racers.