Over the years, sportscars have become so performance oriented that they have melded into the supercar territory. We discussed this at length when we chose a sub-four seconds 0-100 time as one of the criterion to set the benchmark for the supercar boundary when we talked about the cheapest supercars on sale in the country. Now, even the most iconic pony car of all time, the Ford Mustang seems to be gearing up to bump its way into the list. 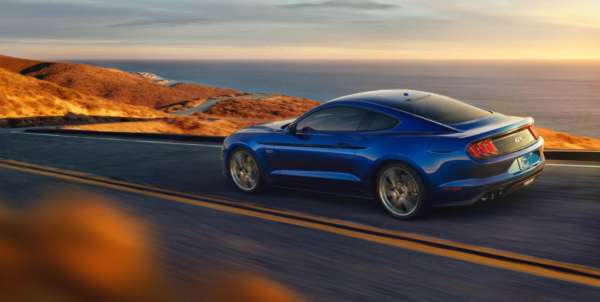 As the legendary brand heads for a facelift later this year, the Mustang will retain the familiar silhouette from the present model. The most common distinguishing feature would be the redesigned headlamp cluster, however, closer inspection would reveal that the entire front end seems to pinch downwards for a more dynamic look. 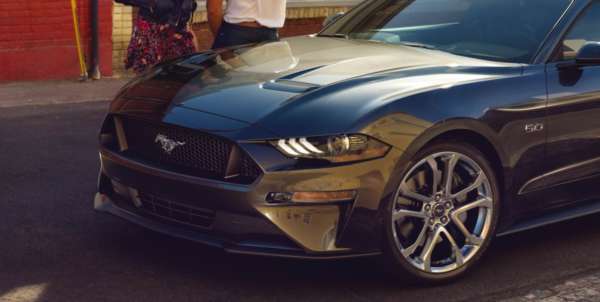 Elsewhere, minor changes to the taillamps, new alloy wheels and slightly sharper character lines round up the changes on the outside. The alterations to the cabin are minimal as well – in fact, you will have to go through the feature list to be able to even spot them. It retains the flowing design with the three HVAC vents at the centre and metal finish trim running across the interiors. 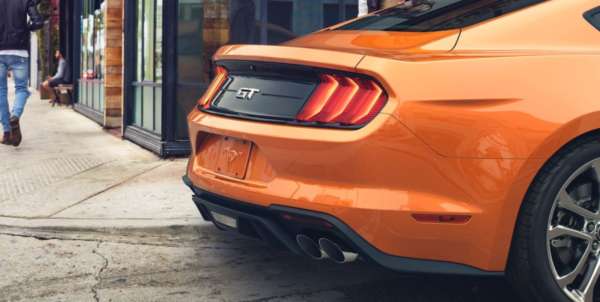 However, the car would now get an optional fully-digital instrument cluster, much like Audi’s digital cockpit. Ford has also introduced the option of a carbon-fibre finished dash along with new finishes for the metal trims. A new infotainment system adds SYNC3 Compatibility with Apple Car Play. The leather upholstery seems to be revised as well. 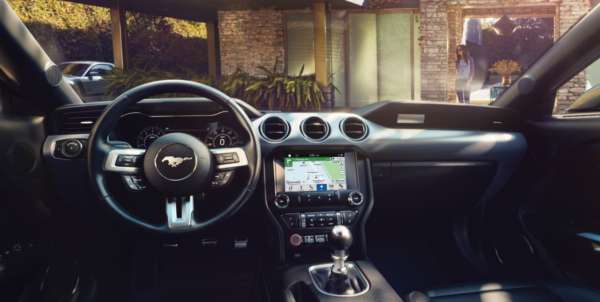 The more important changes lie under the hood, however, as both the engine options have been revised for improved response. The entry level 2.3 Litre Ecoboost will retain its 310 BHP power mark but will now get around 40Nm of more torque, taking the figure to 476 Nm. This, paired with the 10-speed automatic transmission will help the Mustang hit the ton in less than 5 seconds. 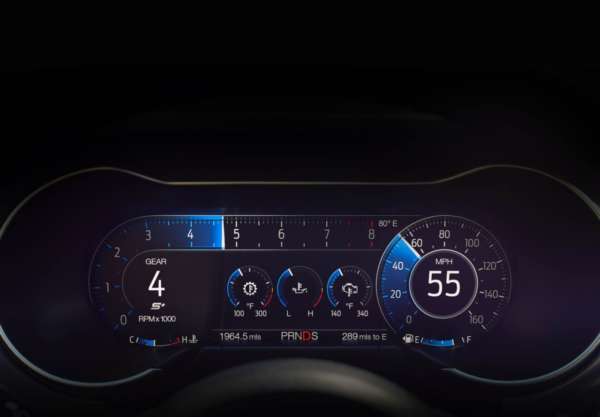 Then, of course, there is the 5.0 Litre V8 which, again receives a bump in its power thanks to fancy dual fuel injection technology. The new outputs sit at 460 BHP and 570 Nm of turning moment. What adds to the drama is a new “Drag Strip Mode” which goes way beyond your normal launch control. The engine and the 10-speed auto box adjust themselves to ensure that you have peak outputs at all times. The stickier bespoke Michelin rubber paired with the option can take you from standstill to 96 km/h in under 4 seconds – that is faster than the standard Porsche 911! 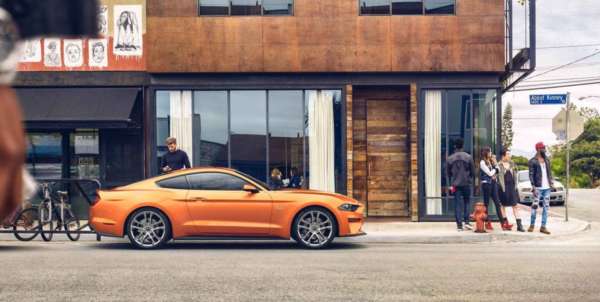 Reports are suggesting that Ford has gone properly nuts as it is also planning to introduce a supercharged 5.0 Litre V8 for the top-spec GT500 trim. Hold on to your hats for this variant, as Motor Trend claims, can put out 680 BHP and a tyre shattering 857 Nm of torque, taking the ‘Stang from 0 to 96 in merely 3.3 seconds.

But a muscle car is not supposed to do that, you might say and we agree – This is wrong, so wrong. But that is the power of modern engineering. So sit back and watch out as Ford rewrites the rules of the sportscar and supercar industry with this one.