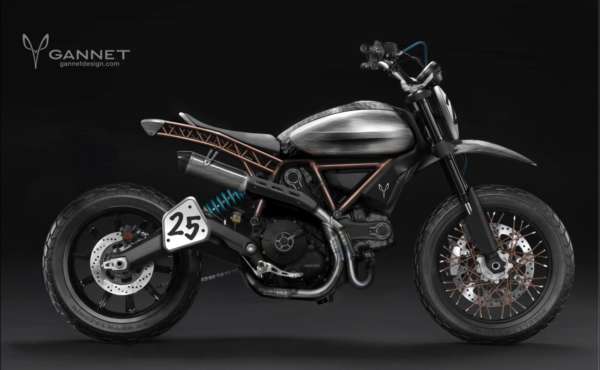 Targeted at young, carefree bikers who love venturing out into the unknown, the Ducati Scrambler has created ripples across the motorcycling world ever since its advent. A possible India entrant, the Scrambler with its cafe racer styling and relatively low price is eagerly awaited by many enthusiasts here as their dream motorcycle. So while Ducati by itself is selling the motorcycle in a variety of themes, the lack of the trellis frame made our old friend Ulfert Janssen at Gennet Design create some variations of his own. 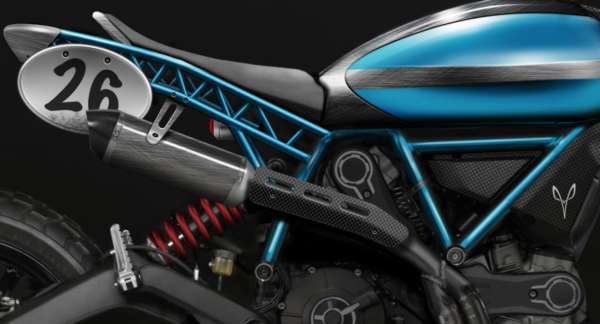 The Ulfert envisaged Scrambler brings the trellis frame back in action on this retro styled naked. The very basis of the entire design was to emphasise on the trellis frame. The trellis fame, an important Ducati design element, almost the signature framework for the bike maker, has been lost in the last years. Ulfert loves the structure as he believes that it gives the bike a very specific attitude and design feature. Ulfert is also of the opinion that the stock Ducati Scrambler looks quite heavy and the airy structure of the trellis frame tubes gives a more agile and light appearance to the motorcycle.

So here we have brought together the different variations Ulfert has given to the motorcycle by letting his imagination take a flight. There is one variation without the trellis frame as well. Here it is. 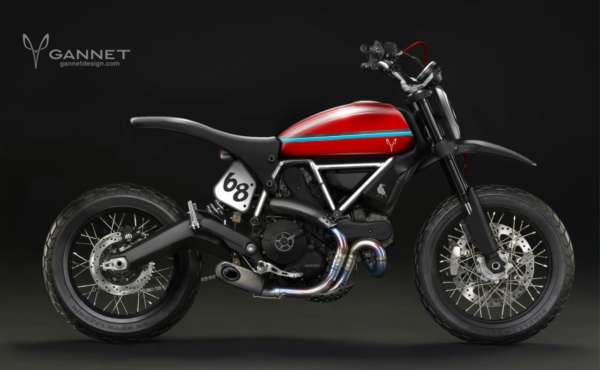 Do have a look at Ulfert’s Scrambler designs and do let us know if you find them any better than the originals. 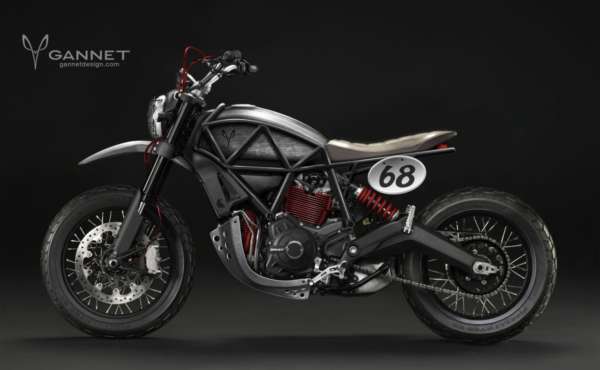 The combination of brushed metal on the side of the tank and the top part is machined. The carbon fiber parts also provide a nice dialog between hand crafted and high tech. 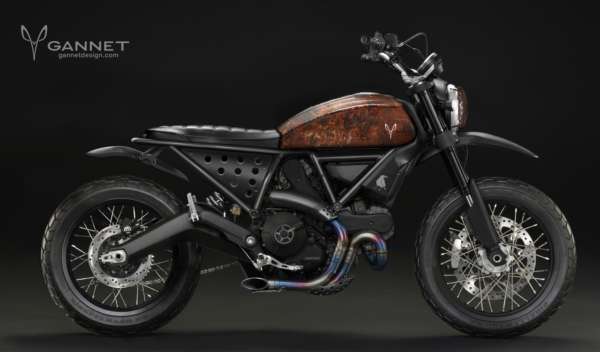 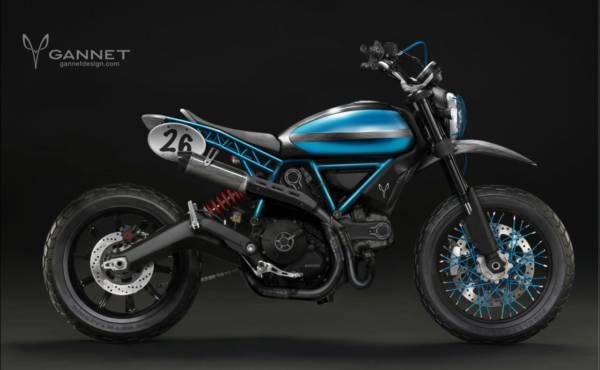