Compared to multi-lane roads, maintaining a safe distance from the vehicle ahead and following lane discipline is even more important on a single-carriageway. Since the traffic flows both ways and there isn’t a barrier in between, one wrong move can turn fatal. This Kawasaki Ninja H2 rider learnt his lesson the hard way after he switched into the other lane to move past vehicles and failed to notice a truck’s turn indicators which had to go left.

The rider was gunning the Kawasaki at a decent speed in sixth gear and made the mistake of assuming the trajectory of vehicles ahead. He kept at it after zipping past a car and it was too late before he realised that the truck had switched on its indicators for turning left. Upon realising that he is about to slam into the truck, he does not downshift for engine braking to help, relies on the brakes alone to stop the bike, and crashes into the rear tyre in sixth gear. The bike then slides for a good distance, losing quite a lot its panels and fluid containers. The radiator loses its shape too, however, for being dressed in proper gear, the rider seems to have escaped with minor injuries. 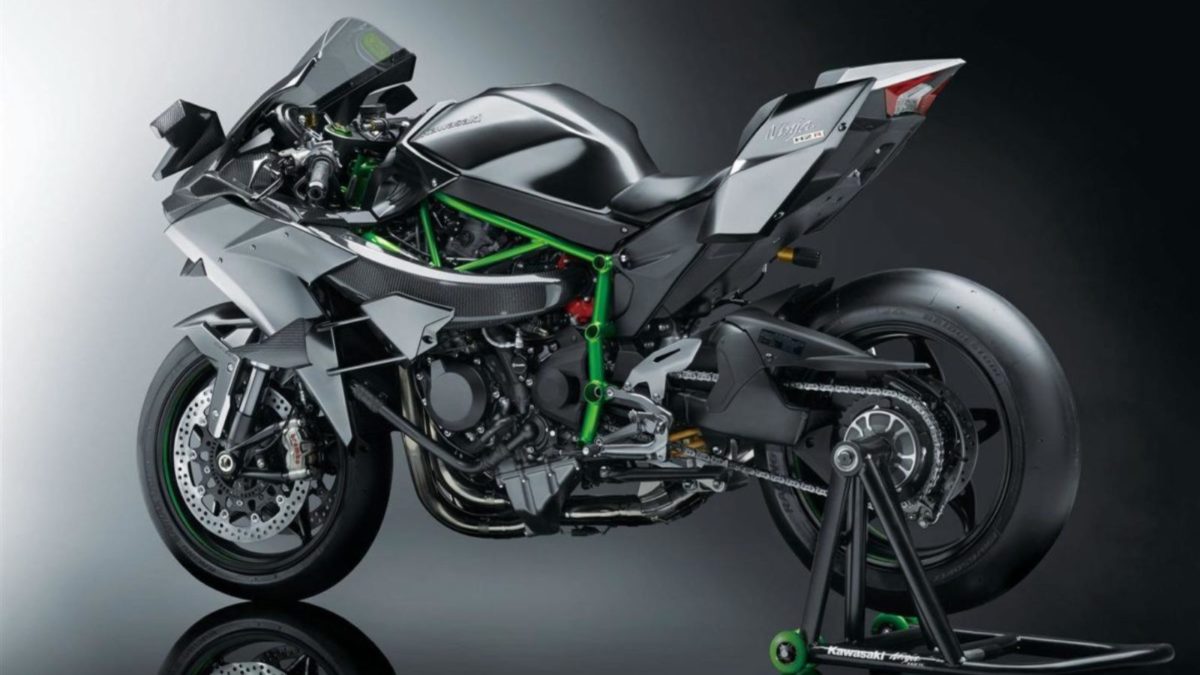 A special machine, the Kawasaki Ninja H2 now has a naked version, called the Z H2. A stripped version of the faired bike, the machine features a semi-faired, Sugomi-styled pod up front, which has received mixed opinions about how it looks. Offering almost zero wind protection, the Z H2 is also powered by the same 998cc motor which is supercharged and cranks out 200 PS and 137 Nm of ridiculous power. If that does not sound absurd for a naked motorcycle, the H2 also has a track-only cousin called the H2R – A 300 HP devil which can easily breach the 400 Km/h mark. Until now, Kawasaki’s monster power has only been challenged by Ducati, which has been sending the Panigale to a nutritionist and adding more power ever since it has been with their first-ever V4 for a road-going bike. Like the H2, it now has a streetfighter version too!