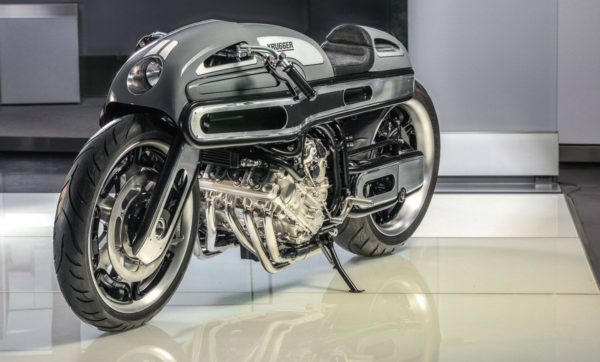 The unusually futuristic contraption you see here on this page is a BMW K1600 under the skin. God alone, along with Fred Krugger knows how to turn that big, fat, faired, front-heavy touring machine into this mind bogglingly linear apparatus, which would fit effortlessly into the Tron world.

It wasn’t easy for Fred to transform the big tourer into this futuristic shape. The world champion motorcycle modifier who’s also the leading motorcycle customizer in Belgium had to make some really complex changes to achieve the delightful transmutation. The biggest challenge, according to Fred, was to keep all the technology of the K1600 intact. “The biggest problem was including all the electronics, from the computers to the ABS box, and even small stuff like sensors,” he says. 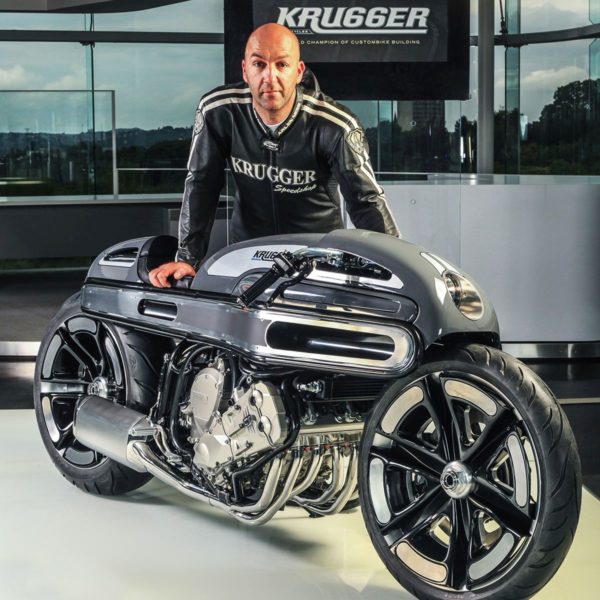 To achieve the goal, every single thing, apart from the engine and electronics has been changed. Over and above that, Krugger created a bodywork which is quite unlike anything our eyes has ever seen.

The chassis wrapping the engine was changed completely – its longer and lower now, and features a new swing-arm. The Duolever front suspension system is heavily modified too, with only the original shock remaining. 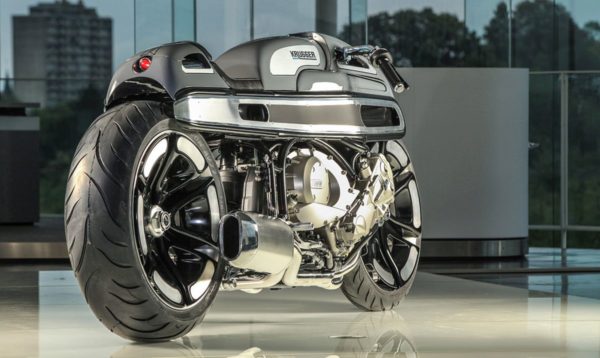 Krugger’s took inspiration from the pre-War BMW R7 for this job. The hand built aluminium and steel bodywork, thus, is reminiscent of the 1930’s Art Deco styling.

The NURBS or Non-Uniform Rational B-spline motorcycle features 21” wheels at the front and 20” at the rear. While the original definition of the name pertains to a concept developed by the engineers in the 1950 to replicate organic surfaces into automotive and naval design, there is also a muted reference to the Nurburgring. 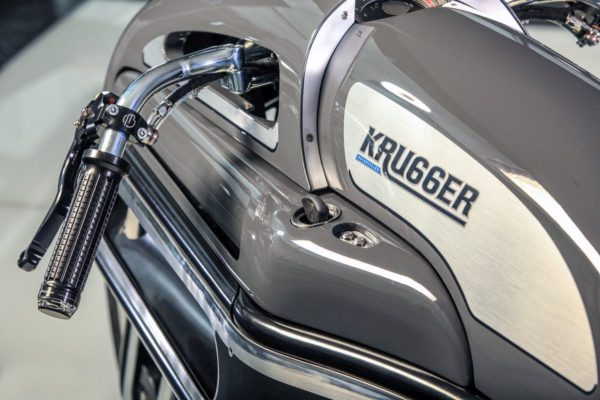 Krugger has not touched the engine for this job, though the radiators have been relocated to the side. This has helped bare open the majestic view of the six exhaust pipes for your pleasure. 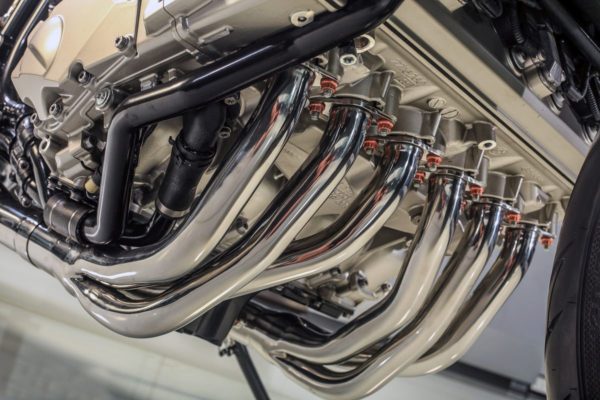 Fred Krugger carried out this extraordinary mod job for BMW Motorrad France. The NURBS or Krugger’s K1600 will be unveiled by BMW Motorrad France in Paris. We’ll feed you in with more images of this masterpiece soon! Do let us know your views on the modification.

With inputs from BikeExif