As of 2018, Benelli has promised to launch 7 bikes in India before 2019. At the 2018 Gaikido Indonesia International Auto Show, Benelli launched it’s new Motobi 200 Evo. Although Benelli hasn’t disclosed any power figures, the Motobi 200 Evo makes 13.9Nm of torque out of its 197 cc, single cylinder motor. The Italian urban cruiser gets an achromatic treatment, featuring a fully digital, single-pod instrument cluster. The Motobi 200 Evo also gets 17-inch alloy wheel in the front, wrapped in 90/90 section tires and a 15-inch wheel in the rear, wrapped in 130/90 section tires. 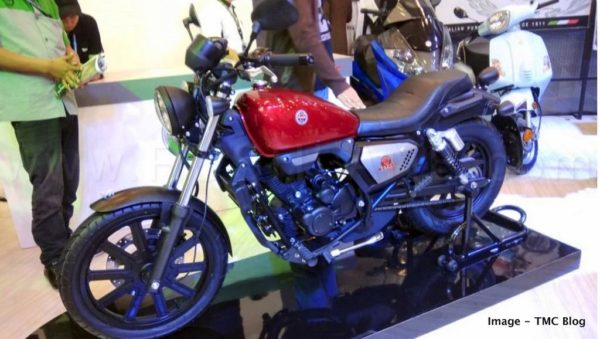 The cruiser gets single disc brakes at both front and rear, while the ride is handled by telescopic front forks, and twin shock absorbers in the rear. It weighs in at 156 kgs and flaunts a beautifully sculpted, 11.8-liter fuel tank. Benelli has announced the Motobi 200 Evo will go on sale in Indonesia before being launched in any other market. Though it may seem like Benelli isn’t bringing the Motobi 200 Evo anytime soon but if it does find itself on Indian shores, it’ll be up against the likes of the soon to be launched UM Renegade Duty S & Ace, along with our very own resident the Bajaj Avenger 220.