After playing with the odd numbrs, it seems Audi has decided to utilize the sub-10 even numerals. Following the Q3, Q5, and the mighty Q7, the folks at Audi rolled out the Q2 last year and now the big show – Q8 is in the making. At the ongoing 2017 Geneva Motor Show, Audi has unleashed the Q8 SUV Sport Concept and we just can’t stop talking about it. 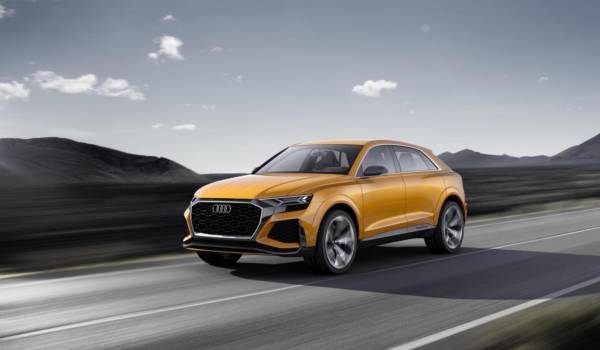 Previously, Audi had presented the Audi Q8 concept at the North American International Auto Show (NAIAS) in January 2017. The Q8 concept was said to be an Audi in its biggest form. It demonstrated Audi’s strength in both design and technology. It also provided a glimpse at a future full-size, production SUV. With the all-new Q8 SUV Sport Concept, the game is taken a notch higher. As said by the SUV maker – ‘The sporty variation of this (Q8) composition and is also an elegant alternative to the robust presence of a classic Sport Utility Vehicle. The Q8 and Q8 sport concept are synonymous with prestige and technology in all areas. 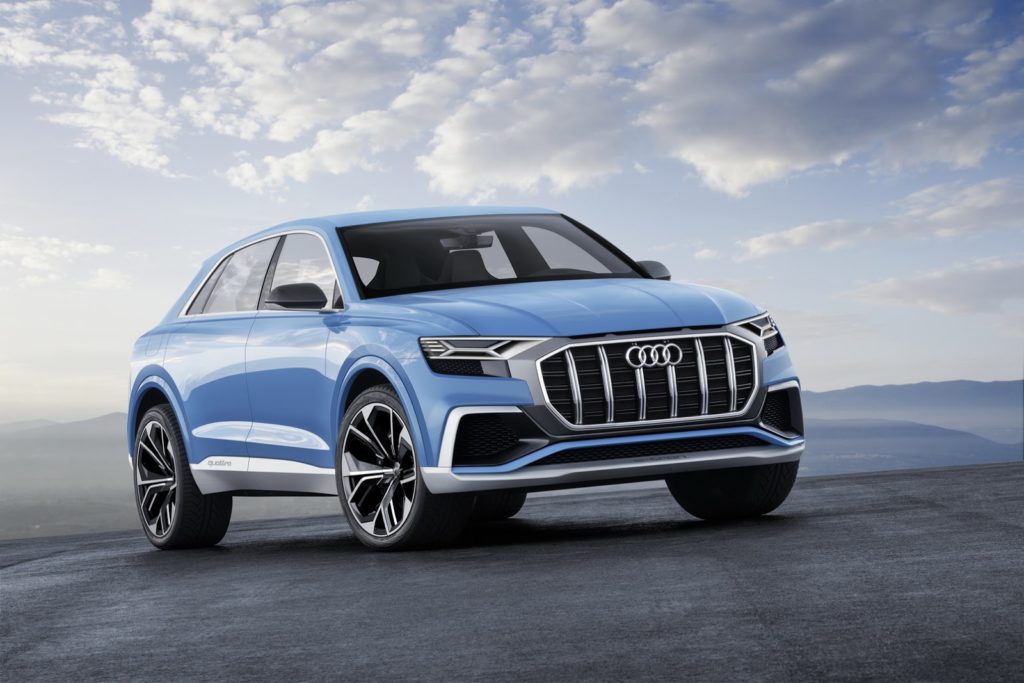 The Audi Q8 Sport Concept measures 5.02 metres in length, 2.05 metre wide and 1.70 metres tall. The length is due to a long to a wheelbase of three metres.  The numbers are close-to-identical to that of the Q8 Concept. Over the standard concept, the Q8 Sport Concept gets a few performance bits on the outside that elevate the sporty character of the SUV.

The Q8 Sport Concept gets an octagonal Singleframe grille that is a sculpted piece and is significantly wider than the current Audi production models. Its surface has a honeycomb lattice structure overlayed with aluminium segments, whilst the surround is painted in a contrasting colour. The outer air inlets are much larger compared with the basic model to meet the greater air requirements of the high-performance power unit packed inside. At the bottom of the front bumper is the body-coloured blade. 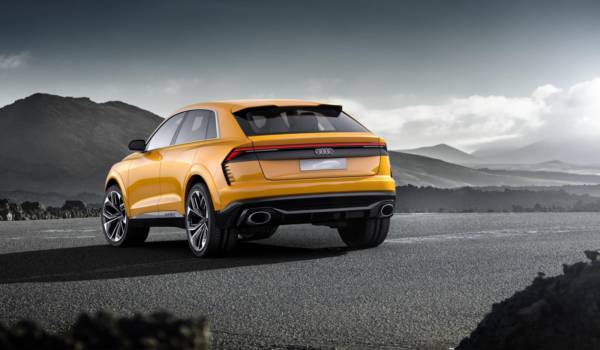 The Audi Q8 Sport Concept is powered by a 3.0 TFSI engine that has been improved by a compressor and mild-hybrid system. The drive system of the Audi Q8 sport concept is said to be Audi’s step towards optimising efficiency and sustainability in large-volume series production. For this sport concept, Audi has combined a 443 Bhp 3.0 TFSI six-cylinder engine with an electric powered compressor and an effective mild hybrid system for recuperation. This configuration is mated to an eight-speed Tiptronic transmission and helps the SUV to complete the 0 – 62mph (99.77 kmph) phenomenon in just 4.7 seconds and a top speed of 170mph (274kmph).It also claimed to offer a drive range of more than 745 miles (approx 1200 km) with its 85-litre fuel tank. The total power output from this engine setup stands at 469 Bhp while the maximum torque that it can produce is of 700 Nm. The SUV benefits from the Quattro permanent all-wheel drive system and adaptive air suspension sport – an air suspension system with controlled damping.

The total power output from this engine setup stands at 469 Bhp while the maximum torque that it can produce is of 700 Nm. The SUV benefits from the Quattro permanent all-wheel drive system and adaptive air suspension sport – an air suspension system with controlled damping. In addition to the two exhaust gas turbochargers, the electrically powered compressor provides the Q8 Sport oCncept with an additional kick by supplying the three-litre six-cylinder engine with fresh air. The electrically powered compressor supports the turbochargers at times when the exhaust gas is insufficient for the rapid development of power.

The Audi Q8 Sport Concept gets 305/35 tyres on its large 11J x 23 wheels that get five intertwining Y-spokes design. At all four corners are ceramic brake discs measuring 20 inches in diameter.

Here are some features of the design of the Audi Q8 Sport Concept:

Some features on the inside include: