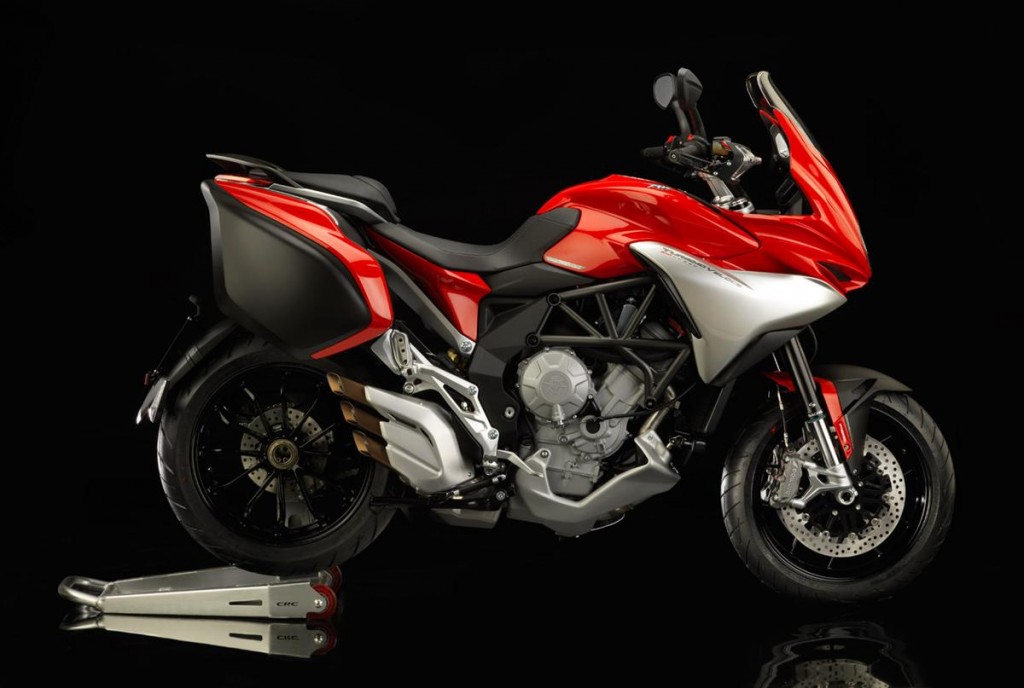 The silken has finally been pulled off the new Italian adventure-styled sport-tourer after a series of teaser pics and videos by the manufacturer. Getting into the details, The MV Agusta Turismo Veloce 800 retains the three cylinder 798cc engine from the F3 800 that also powers the new Brutale 800. MV Agusta is stating a max of 123 bhp @ 11600 rpm though the torque is rated at a higher 84nm. 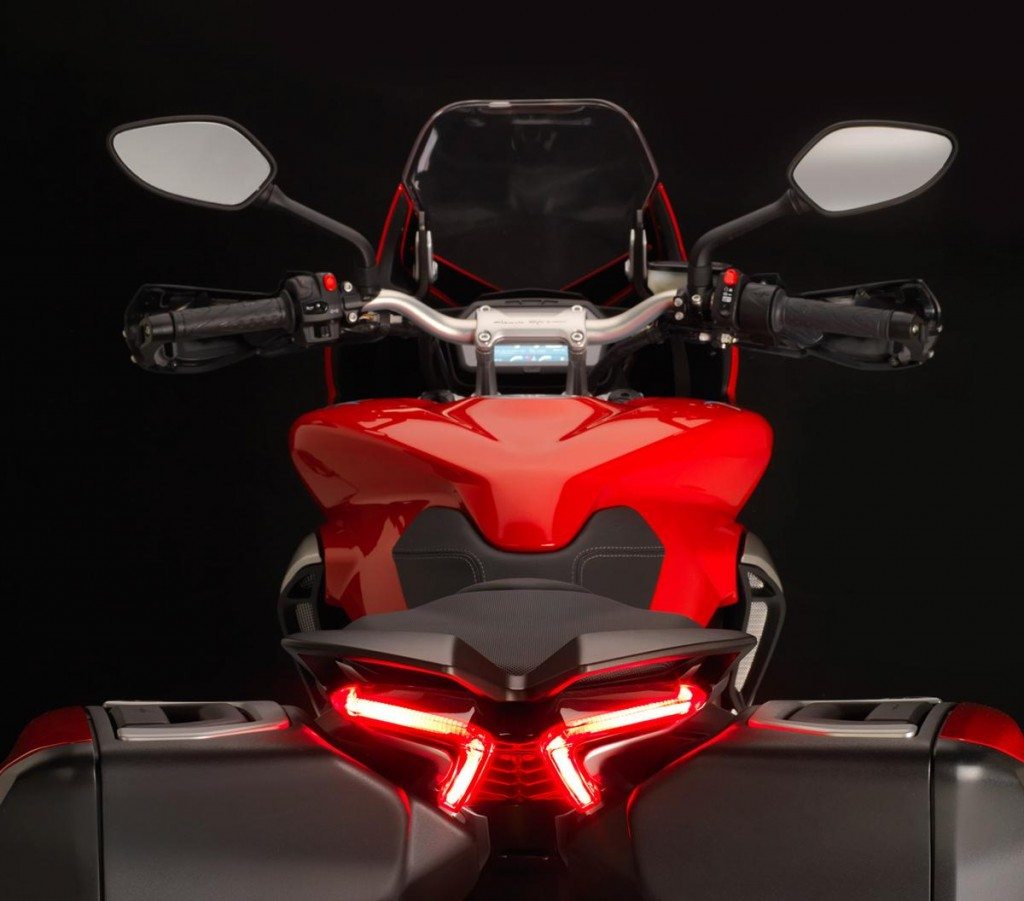 An extended list of features include MV Agusta’s Motor and Vehicle Integrated Control System (MVICS) which is an integrated electronics package comprising of a full ride by wire throttle control, electronically asisted gear-shifts, anti-wheelie control and three engine mappings that include Tourismo, Sport and Rain.

The Sports mode offers full horsepower while the Rain and Tourismo scale down the engine power to 91 bhp. Also on offer is a custom map setting availing the rider to customise as per his need. Braking setup includes radially-mounted four-piston Brembo calipers over 320mm dual discs at the front and a 220mm disc at the rear with a Bosch 9 Plus ABS system. 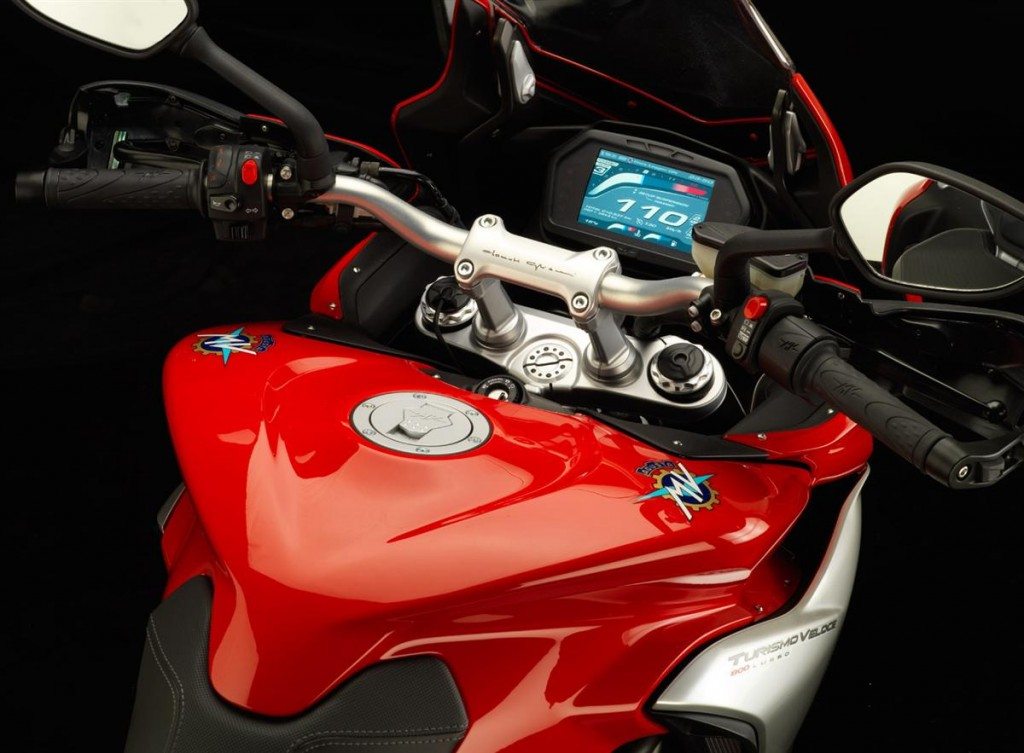 Other bits on the Veloce 800 read a full colour bluetooth enabled digital display highlighting the bike’s electronics and stats related to performance, LED head and tail lights and a stacked triple exhaust unit.

The new MV 2014 Agusta Turismo Veloce 800 would be available in two variants- there will be a base model with all the above specs and sporting fully-adjustable Marzocchi fork and a Sachs monoshock. The second is a Lusso (meaning “Luxury” in Italian) that features a Sachs semi-active suspension system which automatically adjusts compression and rebound rates at the the forks and rear shock based on riding conditions. Other bits on the Lusso model include a centre-stand (ahem!), panniers with 60 litres holding capacity, heated grips and GPS navigation. The extra bits on the Lusso makes it heavier at 207 kgs compared to the base model weighing 194 kgs with both bikes hitting a top speed of 240 kph. 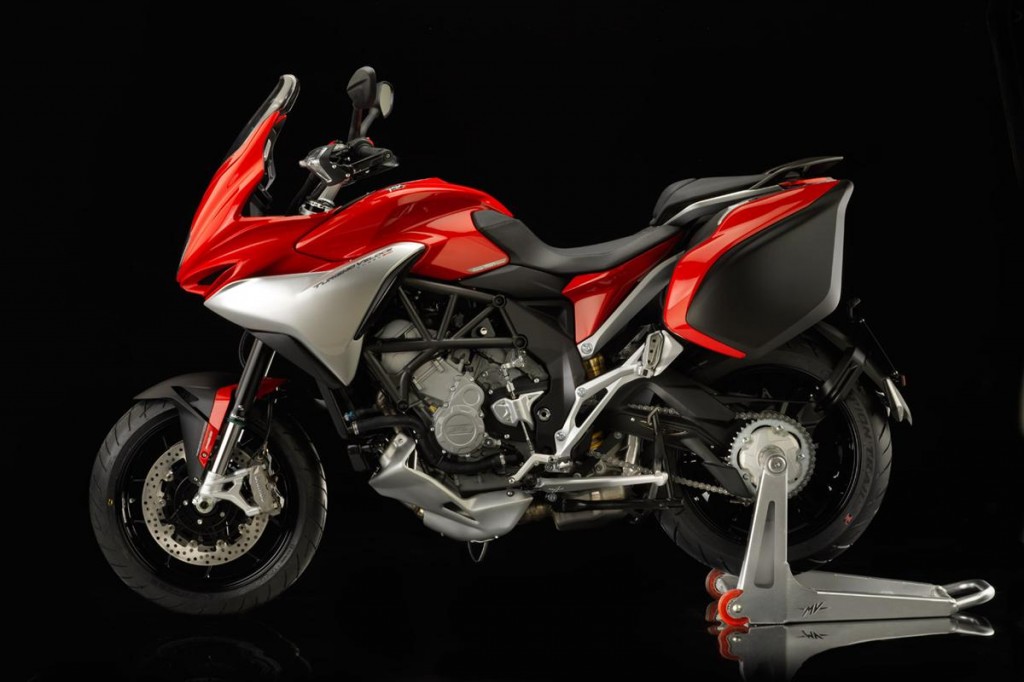 Emotional Touring is what MV Agusta is associating with the motorcycle and we just couldn’t disagree- just for the way it looks.