TVS Motorcycles launched the all new Apache RTR 200 4V back in January last year. Currently available only in the carbureted variant, the company had earlier said that it would launch the Fuel Injected (FI) and ABS equipped Apache RTR 200 soon. 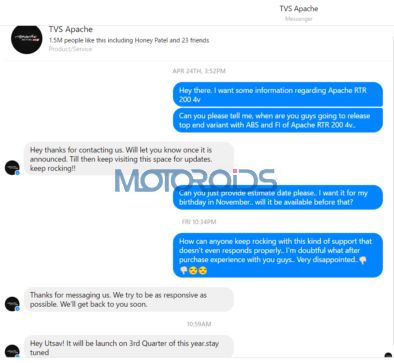 Powering the fuel injected TVS Apache RTR 200 4V will be the same 197cc single cylinder air cooled engine. This engine will be capable of producing 21 PS (0.5 PS more than the carb variant) at 8500 rpm and 18 Nm of torque at 7000 rpm. Transmission duties will be taken care of by a five speed unit sending power to the rear wheel. 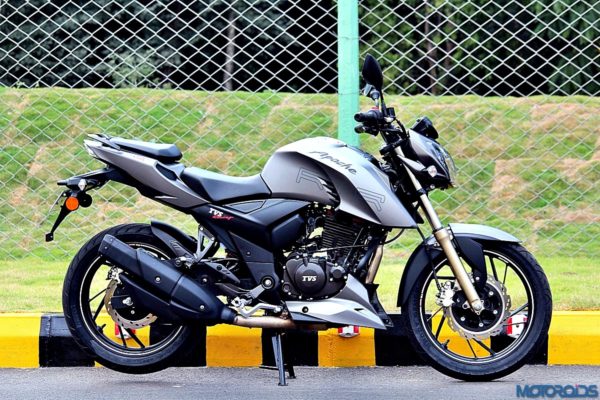 With the addition of the new features, TVS Motorcycles is likely to introduce the Apache RTR 200 4V with FI, ABS and Pirelli tyres with a price tag of INR 1.15 lakh (ex-showroom). Stay tuned for more updates as the launch comes closer.