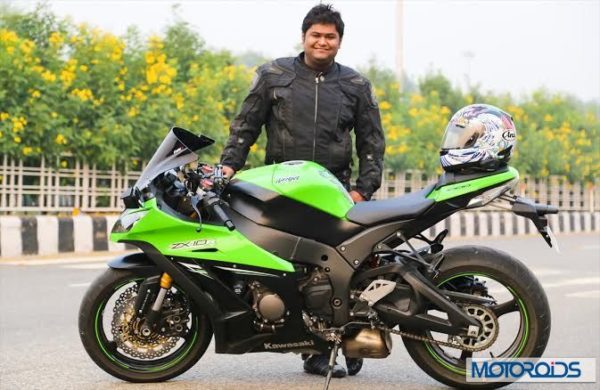 Coming from Kwacker family, the Ninja ZX10R is a complete redesign, it is claimed to be around 20lbs lighter. The new ZX10R looks very different from its older version, the styling is more aggressive. The abbreviated tail and its short exhaust is bound to catch an eye. It also comes equipped with some serious new electronics – Traction control, Ohlins equipped steering damper which has a dedicated ECU located under the tank, and K.I.B.S (Kawasaki Intelligent braking System) for which you have to pay a few thousands extra. It is the smallest and lightest ABS unit made ever for motorcycles. 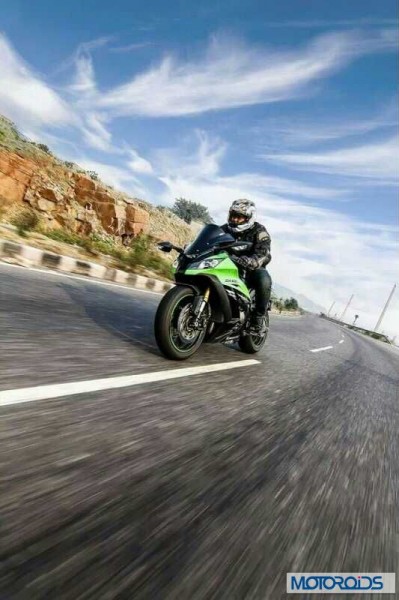 ZX10R is impressively well balanced and agile in its handling. Riding this bike makes you feel that there is no compromise with the stability and the control. With a red-line marked at 14,500 RPM, the ZX-10R is essentially committed to track riding, however I personally don’t find city riding any difficult on this on either.

The instrument panel is the finest I have seen, you may take a while to get accustomed to the digital console. The lights re initially yellow and later orange in color, but post 7,000 rpm turn red. The thrust builds up very quickly and the power is very linear, you actually feel the difference in character when you ride the old one and this one back to back. 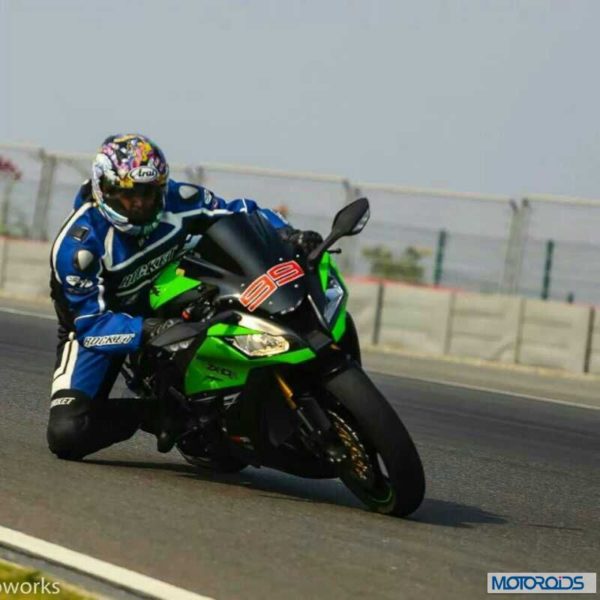 Another thing worth a mention is the SKTRC – an awkwardly put acronym for the Sport Kawasaki Traction Control. It’s intelligent enough to sense when the TC needs to kick in, a little tire slip is actually a good thing, so it is very important for the onboard computer chip to asses and analyse that it has to hold the tire on the Edge of traction. It’s continuously analyzing the grip levels and within milliseconds can swing into action to bring the bike to balance. 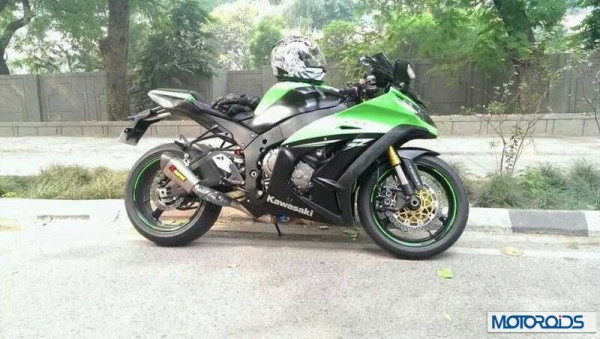 If you are someone’s who’s always hard on the gas, you need to choose the TC1 mode. The best part is that it makes adjustments on the go. Once I was riding in the rain and it was so easy to see that the ECU automatically sensed the lack of traction and it moved seamlessly from 75% power to 60% power.

While changing modes you will see that the instrument panel also changes its priority from speed to Gear Shift Indicator and Lap Times, which is what you need at the Race Track. This was engineered by Kawasaki and built by BOSCH 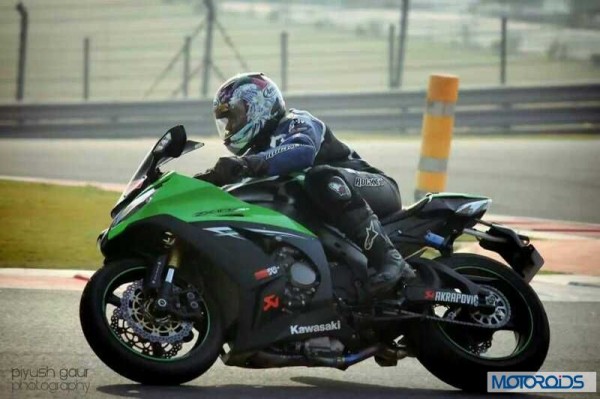 Ohlin’s new steering damper is just amazing, and reacts to various riding scenarios, and works closely with the acceleration and deceleration of the rear wheel. I recall pulling off a small wheelie and the landing was so smooth and soft, that I could not feel even the slightest jerk

Braking though looks the same, but the company has made some changes to it, the two pistons in the caliper are of two different sizes. Even though I had pushed the brakes real hard with pillion on, the ABS did not skip a beat. 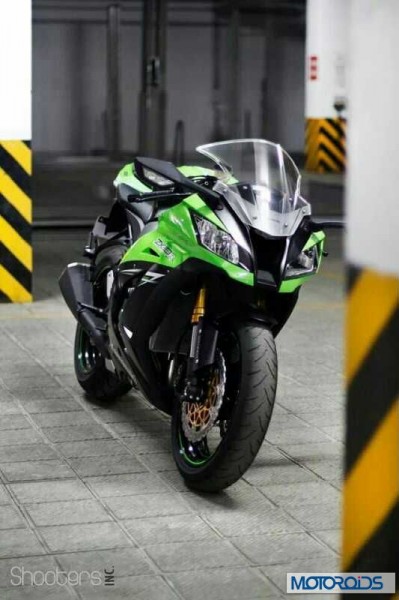 The overall ride of the ZX10R is very, very intuitive. You feel so comfortable riding it, also a lot is dependent on the suspension, which has got preloads and adjustments that you can make. The new horizontally mounted rear mono shock is so well setup that it really helps you push the machine into corners with a lot of confidence.

In am in absolute awe of the ZX-10R – unlike the popular perception which brands the motorcycle as a track-only tool, I am pretty comfortable riding the bike every day. It’s a real technological marvel created by Kawasaki

Want your review to be featured too? Send us your car/bike review with images to feedback@motoroids.com