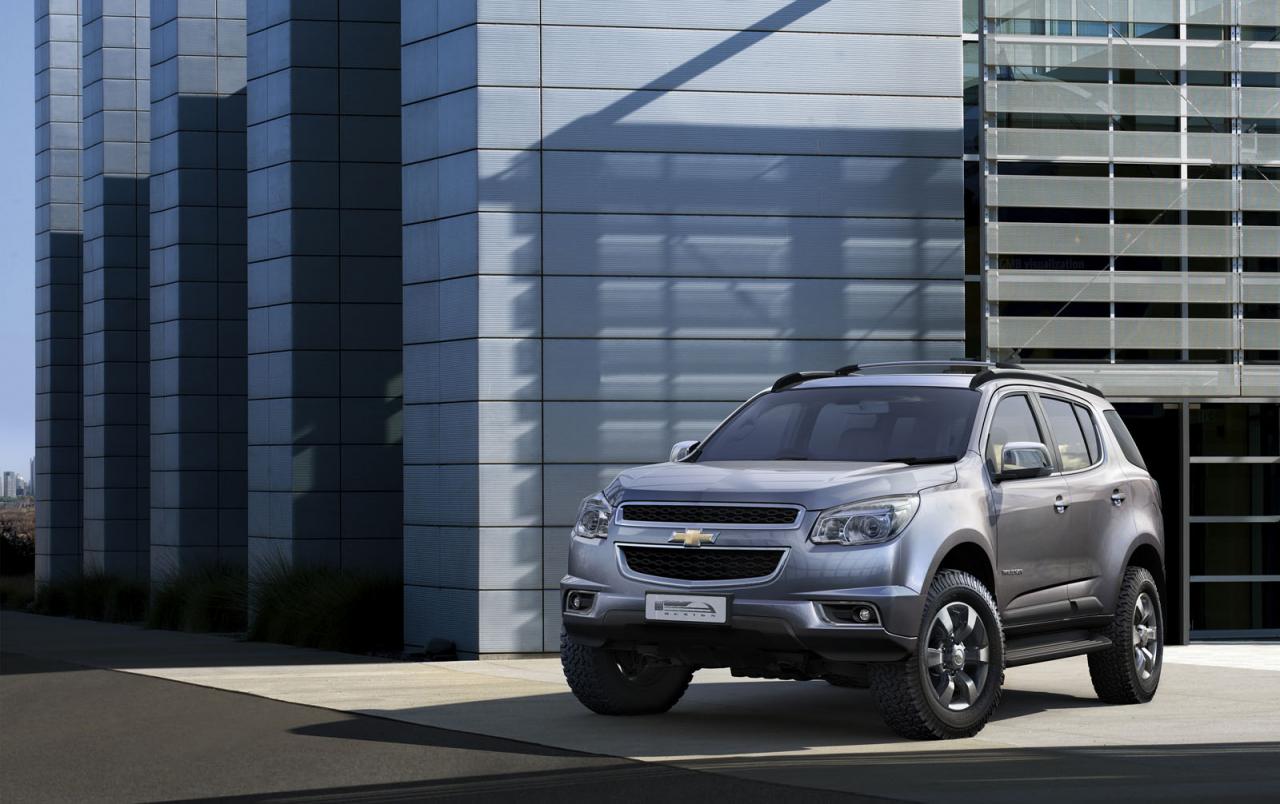 Chevrolet has introduced its brand new SUV, the 2013 Trailblazer with official images and a press rlease. The new SUV, a grounds-up development, falls in the same segment as the Toyota Fortuner and the Ford Endeavour. The seven-seater has contemporary looks, potent engines, a rugged looking muscular design and generous space within the cabin to seat seven in comfort as its USPs. Based on the revamped Colorado, the Trailblazer has an extremely strong chance of being launched in India. The vehicle, when it arrives here will sell alongside the Captiva. Now how GM positions it with respect to the existing crossover is the big question. It’s premium and big enough to be priced below the Captiva, and pricing it too high would declare it dead on arrival. It’d be a challenge for GM to sell the two vehicles together. Let’s have a look at the salient features of this car. 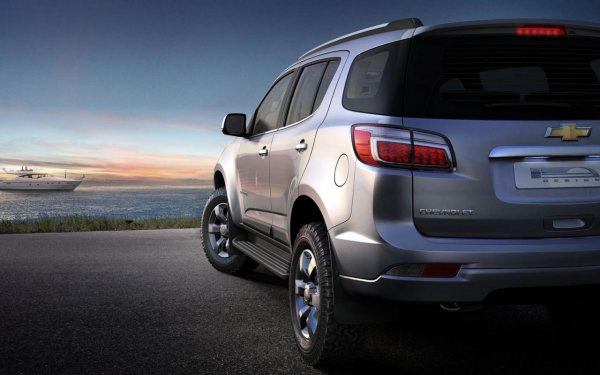 The keyword behind the appearance of the Trailblazer is ‘Sophisticated Muscle’. Designed at GM South America Design Center in São Caetano do Sul, Brazil, the new SUV draws a lot from the Chevrolet Colorado. The characteristic dual-piece Chevy grille defines the face of the new machine. With its extruded wheels, high mounted dual projector lamps and huge bonnet, the trailblazer does look like a burly machine.

However, the Trailblazer isn’t an out-an-out off-roader, and is meant to ferry families and tread the well paved city streets too. GM wanted to convey that balance in the car’s design. The muscle is there, alright, but there is also a sense of sophistication in the vehicle’s exterior lines. The Trailblazer will be available in seven exterior colors: Summit White, Black Sapphire, Sizzle Red, Auburn Brown, Blue Mountain, Royal Gray and Switchblade Silver. 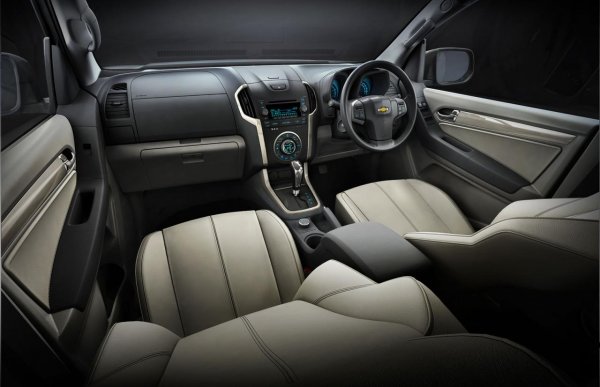 Inside the cabin, unlike some other vehicles in the category, claim GM designers, will be enough space for seven to travel in comfort for even long distances. The signature Chevrolet dual cockpit design is very much there with a blue backlit speedo-tacho binnacle. The center console is a unique design with A/C and other controls laid out in a circle. In contrast with its beefy exterior, the Trailblazer’s interior is very car-like. With its three-row tumble and fold-flat seat capability, Chevy claims that the Trailblazer is extremely versatile and the most spacious vehicle in its class in the third row.

A number of storage compartments are located throughout the interior, including a covered center bin for concealing valuable items, and a large dual glovebox. The second row seat can be split 60:40 and also has a six-degree seat-back reclining with integrated folding armrests, incorporated with cup holders. Third row can be split 50:50. Second and third row can also be folded flat to increase the loading capacity enormously. There is also an auxiliary power plug with USB and Bluetooth connectivity. 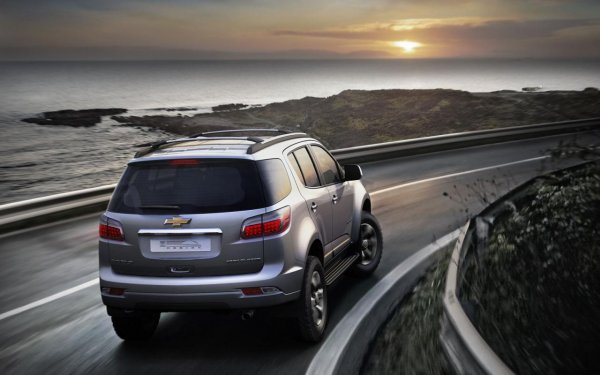 The Trailblazer will initially be propelled only by diesel power. There will be two oil burner units available. There is a 2.5-liter unit that produces 150 PS and 350 Nm. Then there is a bigger 2.8-liter unit that develops up to 180 PS of power and 470 Nm of torque. Both engines have been designed to run for 2,40,000 km without trouble. Transmission duties are taken care of by a six speed manual or a five speed automatic transmission. The Trailblazer will be available in both 4×4 and 4×2 variants. More engines may be announced at a later date.

The Trailblazer is based on General Motors’ new global body-on-frame midsize truck architecture. It is meant to offer a good ride quality and handling, without compromising the off-roading capability.

Here’s the list of safety features offered by the Trailblazer:

Trailblazer will be launched in Thailand in June 2012, followed by a launch everywhere else in the world. Expect the big, burly SUV to be launched in India by 2013.