Home Audi Audi introduces the SQ5, images, specs and all the details 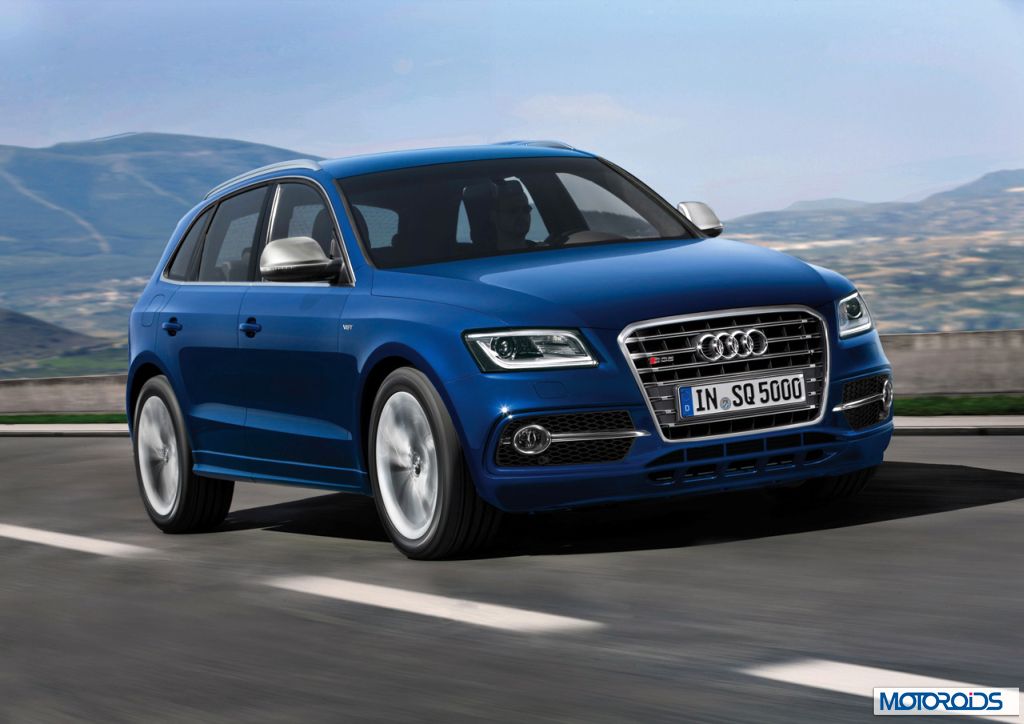 Audi has introduced the performance version of its very successful Q5 SUV. Christened the SQ5 in Audi go-faster nomenclature this S version of the Q5 gets a 3.0 liter twin-turbo diesel (yes, you read that right, dirty is the new pristine, diesel is the new petrol). That powerplant endows the SQ5 with 313 bhp of power and a whopping 650 NM of torque. Thanks to all that firepower, the 0-100km/h sprint happens in a very quick 5 seconds, with an electronically limited top aped of 250 Km/h.

The engine has been mated to an eight speed Tiptronic transmission delivering all that power and turning force to all four wheels via the Quattro permanent four wheel drive system. The first ever S model in the history of Audi will be available in European showrooms by early 2013. 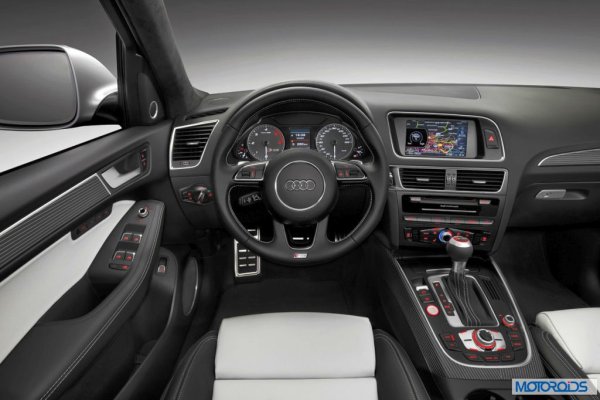 While we all know that diesels are not quite a sonorous as their petrol counterparts, Audi insists that this 3.0 TDi biturbo is different. It has a great sound, and the company has made sure that you listen to it. Even if a loudspeaker had to be installed within the cabin to do that! And that’s exactly what they’ve done.

The body of the new car has been lowered by 30mm. massive 20 inch wheels are standard with 255/45 tires. Key differentiators from the regular Q5 include black brake calipers on the front axle sporting S badge.  The platinum gray single-frame grille with its galvanized double bars in an aluminum-look finish, the roof spoiler and the modified bumpers are some other giveaways. The paint quality is different from the regular Q5 with the aluminum-look exterior mirrors being the unmistakable differentiators. 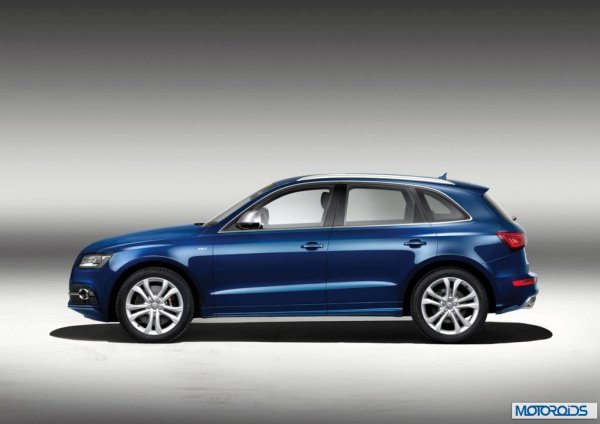 Inside, the instrument dials are gray and include a 3D-design S badge. Other changes include the S gear lever knob, the S badges on the door sill trims, the start button and the sportier steering wheel.

The SQ5 may turn into a strong contender for the Indian marker as well. Expect it to be here by mid-late 2013.

Keep checking this space for the most exhaustive updates on the machine.