Home Other News A Toyota Land Cruiser leaps off a sand dune: What do you think happened next? 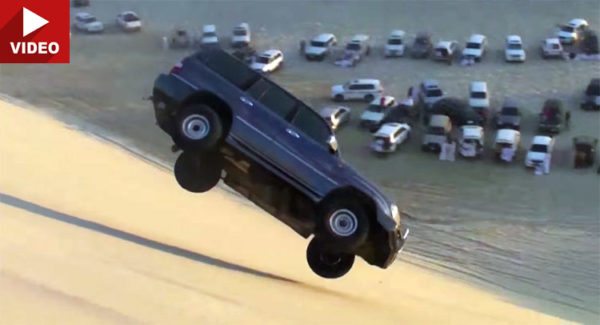 Nope, that isn’t a game, but a real-life 3-tonne SUV jumping.

The phrase, “Leap of faith”, was probably coined for daredevil buffoons, errr… we mean brave-hearts like this. This man, though crazy, gathered up the balls of steel and flew his three-tonne Land Cruiser (an older model) right off a massive sand dune. As you will see in the video (YouTube link below), the result of the ‘jump’, was nothing but predictable to us at Motoroids. The location of this stunt is pretty obviously in a desert, a desert in Qatar, to be precise.

The Land Cruiser is legendary and has a cult following; Heck, even the United Nations use these. 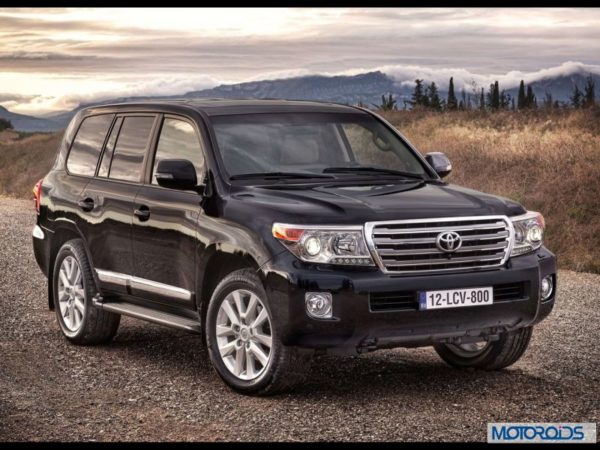 Without blowing the suspense of the video, all we like to add here is that the driver was lucky to get away from the thunderous ‘landing’ that followed the ginormous jump. Built like a battle tank, the Land Cruiser proved its mettle, something that the breed has been doing since its inception in 1951! So, without any further ado, click on the below link and grab some popcorn, a fizzy drink and some of your friends and watch the Arabs doing their thing.