Home Skoda Skoda Kodiaq Scout: All You Need To Know

Czech automobile manufacturer, Skoda, recently launched the off-road friendly version of the Kodiaq, called the Kodiaq Scout. The Kodiaq Scout is placed between the Style and L&K edition and will act as the off-road-ready version of the popular 4×4 luxury SUV. The car is available in 4 colour options Lava Blue, Quartz Grey, Moon White and Magic Black. Prices for the new Skoda Kodiaq Scout start from INR 33,99,599 (ex-showroom, India). Here is a list of all the main highlights and details you need to know about the newly launched Skoda Kodiaq Scout: 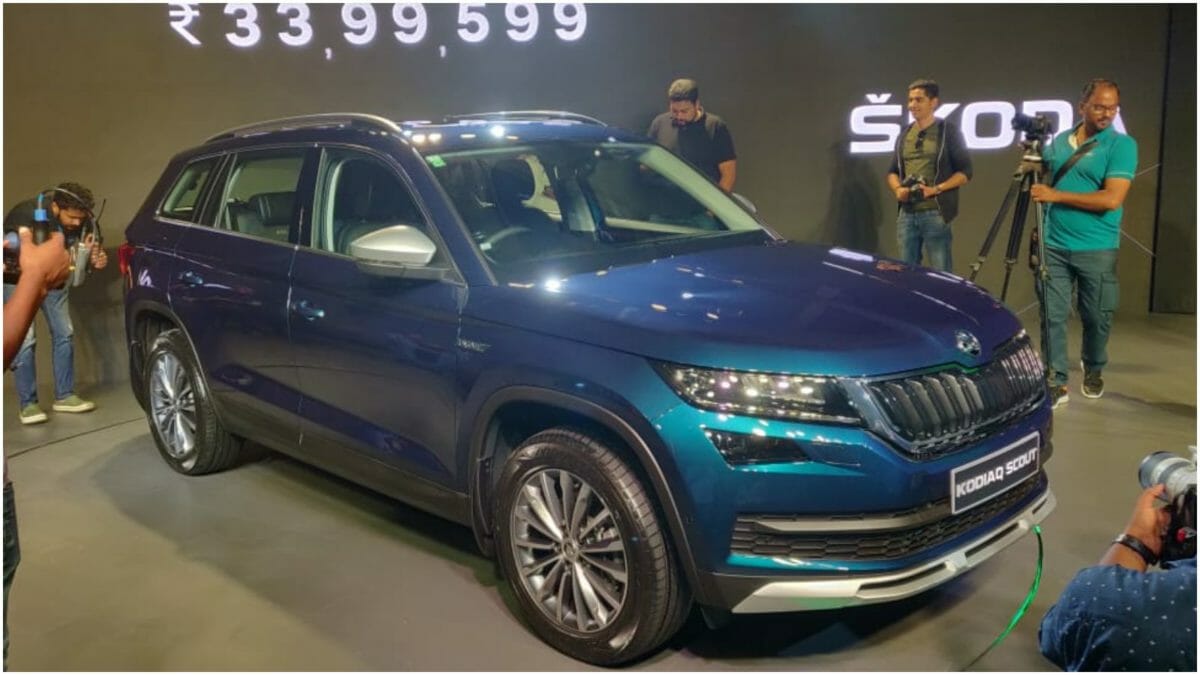 The Kodiaq Scout is the rugged off-road version of the standard Kodiaq SUV, which is why it gets many bold design highlights like a robust front bumper with a sporty silver spoiler and a set of eye-catchy Dual-tone Antracite R(18) trinity alloy wheels. Up above, the roof gets silver railings, while the ORVMs are matte finished and house the Scout badging on the front side fenders and the boot lid. The rear bumper also has a silver protective housing which goes along with the front bumper’s silver spoiler and diffuser. According to the new Skoda evolution design philosophy, the rear-tailgate of the car gets “SKODA” badging in block letters.

The Scout variant drives on the same 2.0-litre TDI engine as the standard Kodiaq, that produces around 150 PS of power and 340 Nm of peak torque. This engine is then paired with a 7-speed automatic DSG (Dual Shift Gearbox) that sends power to all the 4 wheels using the AWD (All-Wheel Drive) System. Apart from this, the Skoda Kodiaq Scout also gets an improved approach and departure angle at 22 degrees and 23.1 degrees respectively. According to ARAI, the fuel efficiency of the Scout variant stays the same as the standard Kodiaq at 16.25 kmpl.

The Kodiaq already gets a wide range of features on the inside, while the Scout just adds to that. The embossed aluminium scuff plates, all-black interior, brushed wooden finish and seats wrapped in all-black Alcantara leather upholstery enhance the overall premium look of the Kodiaq Scout. The rear seats get the Nap package from the L&K edition and the ambient lights on the door panels get about 10 colour options. The touchscreen infotainment system with apple car play and android auto get easy functions and turn out to be quite practical. While the Panoramic sunroof adds to the roomy and spacious feeling.